Chryssa is a photographer and a filmmaker.~She was born in Greece. She started her career as a commercial photographer in 1999.~Before that she spent several years in administrative roles in private companies and organizations.

In 2000, Chryssa moved to Jerusalem, where she lived and worked for five years covering the Israeli-Palestinian conflict in West Bank, Gaza and Israel. In Jerusalem, she first freelanced for Gamma Press agency (France, USA) and then for Panos Pictures agency (UK) as well as for the National Greek News Agency, ANA (Athens News Agency).~Chryssa is now based in London, UK, where she works as a freelance photographer and a documentary researcher/producer while continuing to pursue her personal projects.~Her work has been published in The Guardian, The Times, BBC On Line, Paris Match, Newsweek, L'Espresso, Fortune Magazine, Der Spiegel, The Herald, Globe and Mail and others.

She had also exhibited in France, Sweden, Switzerland, Greece and Jerusalem.~Chryssa holds a Masters degree in Documentary Research for Film and TV~(University of the Arts London) and she is pursuing further studies in Philosophy and Arts in the Open University, UK. 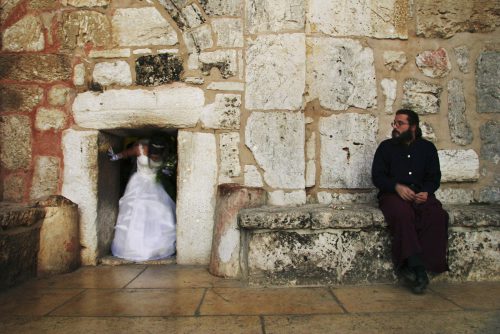