Hossein began his journey as a photographer at the age of 17, capturing political and social events in his native Iran. He went on to cover warfare in Lebanon and Georgia in 2006 and 2008 respectively before relocating to Afghanistan in 2009 to document the American military presence alongside the lives of Afghan people moving forward from decades of war. In 2013 he moved to the US where he developed the social, environmental, and political dimensions of his work. So far, his journey has led him through the landscapes and communities of Pakistan, Somalia, Armenia, Russia, Turkey, India, Kenya and Iraq.

Hossein's work has been exhibited across the world - from Chicago's Museum of Contemporary Photography (MoCP) and the Visa Pour l'Image Festival in Perpignan to Chobi Mela, Asia's premier international photography festival in Bangladesh. His photos have enjoyed an international distribution via features in the New York Times, Foreign Policy magazine, Time and Spiegel, among many others.

The Art of Photography Show in San Diego, USA awarded Hossein with a grant in 2013, adding to a résumé of honours from the China International Press Photo Contest (CHIPP), Pictures of the Year International (POYi) and DAYS Japan International Photojournalism Awards. The World Press Photo Foundation awarded Hossein with a Long-Term Projects award in 2017 for his continued coverage of Iranian society. He continues to explore sometimes fraught societal shifts with his subjects and his environment. He is currently based in New York. 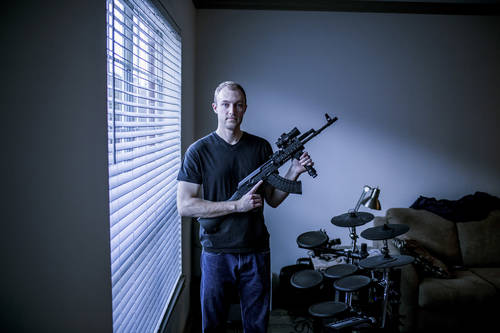 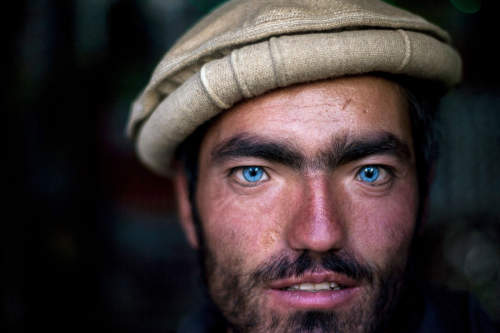 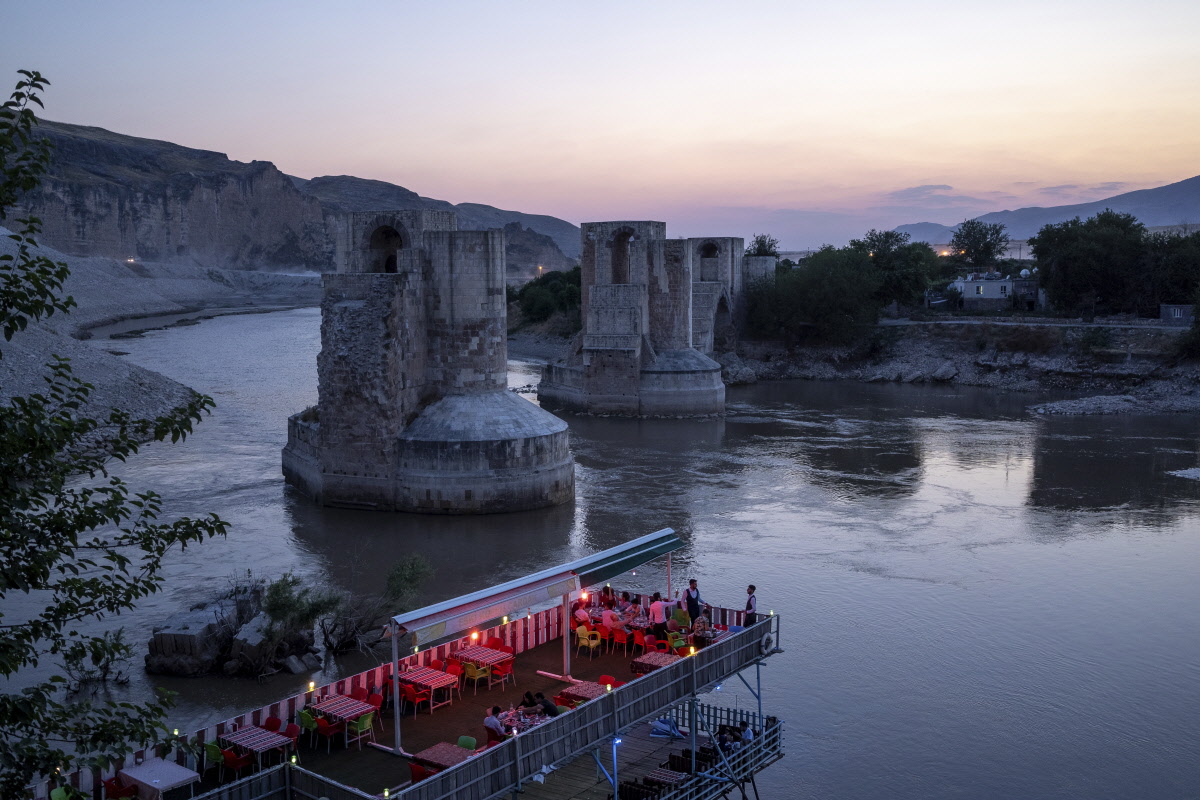 Hasankeyf is one of the oldest human settlements in the world, located on the banks of the Tigris River in Turkey. 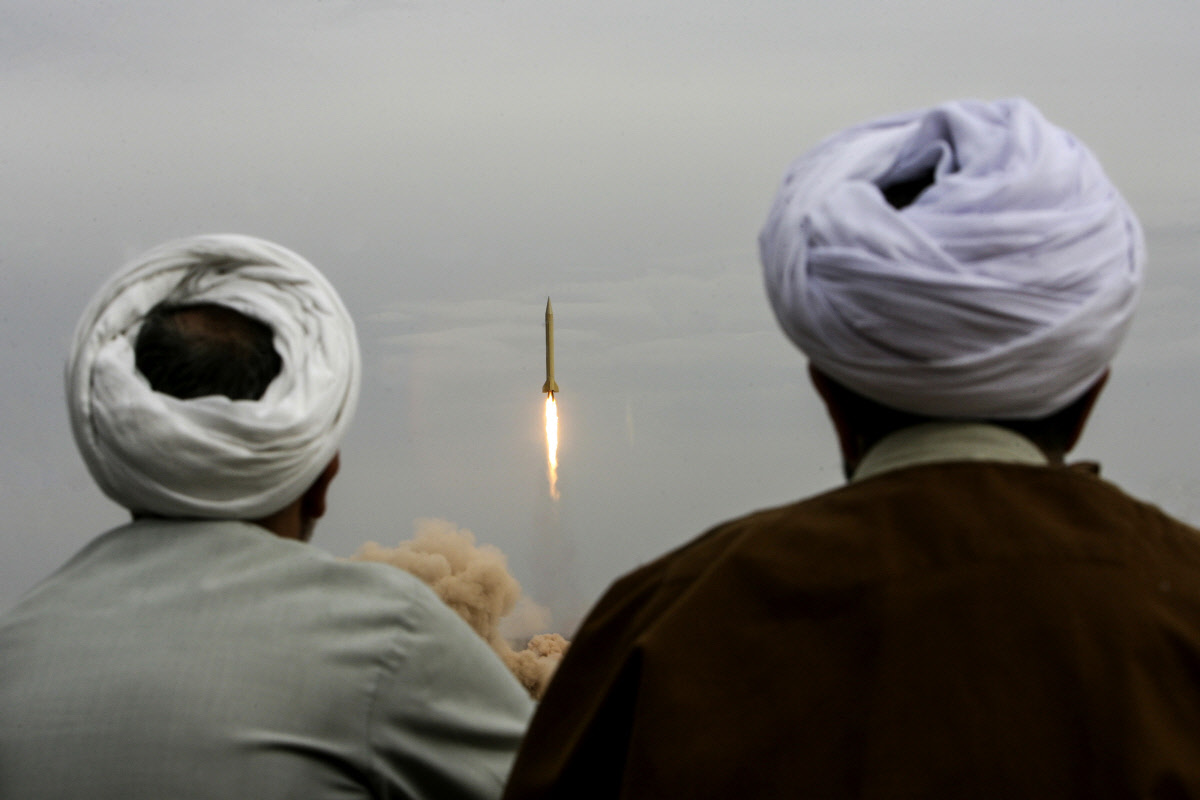 The Islamic Republic at 40

2019 marks the 40th anniversary of the Iranian Revolution when, on 11 February 1979, the Iranian Army declared its neutrality, yielding power to revolutionaries loyal to Ayatollah Ruholah Khomeini and ending the Pahlavi dynasty that had ruled the country for over 50 years. 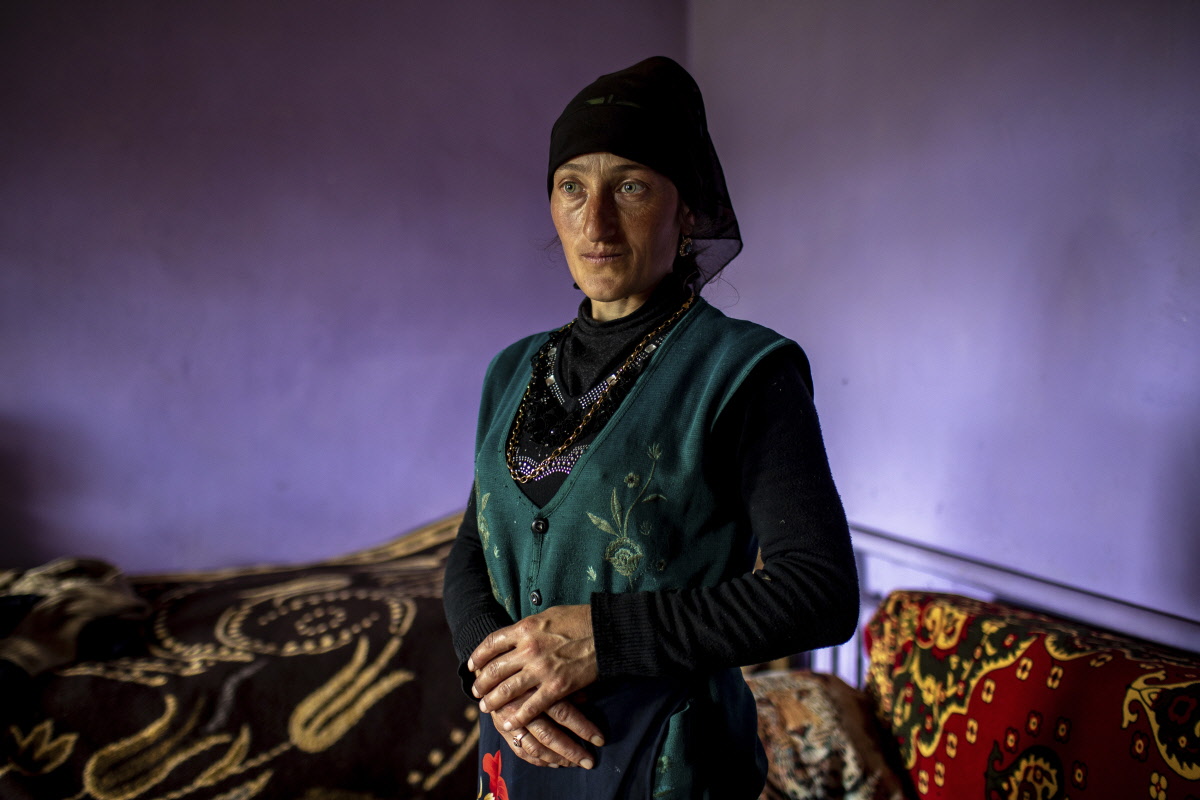 The Legacy of Empire

In rural regions of Georgia, a lack of social and economic integration has hindered immigrant communities since the end of the Soviet Union. 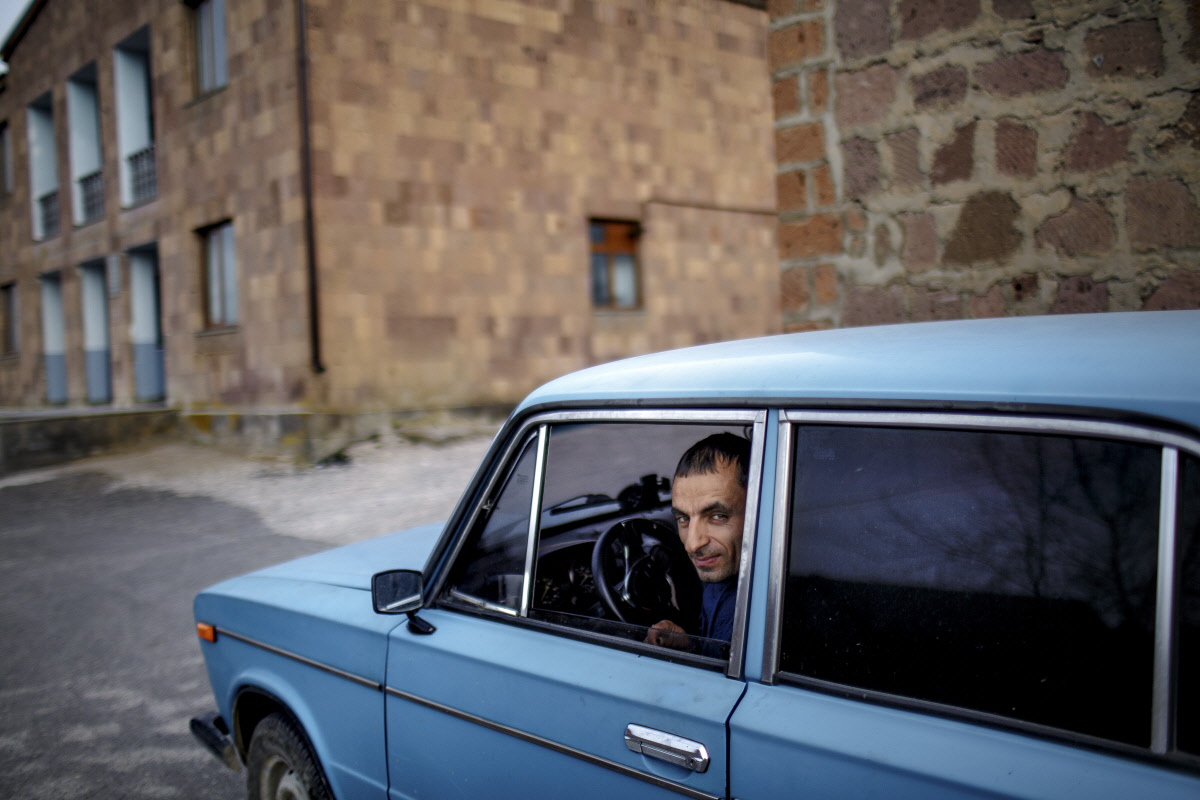 The village of Dzoragyugh, which lies around 120 km due east of Yerevan, Armenia’s capital, has a history stretching back over 1,000 years. 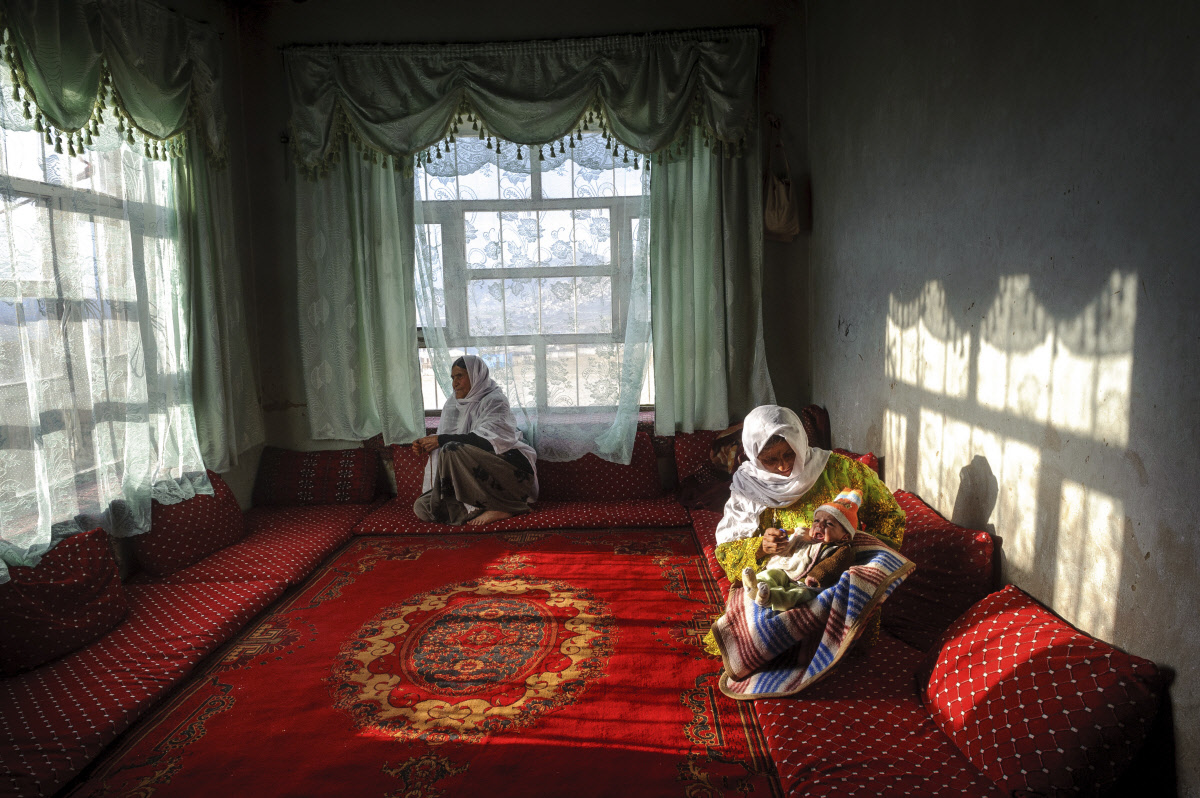 Hope among the Ruins

Afghanistan is the USA’s second longest war and is set to overtake Vietnam as the longest-running military engagement in 2019. 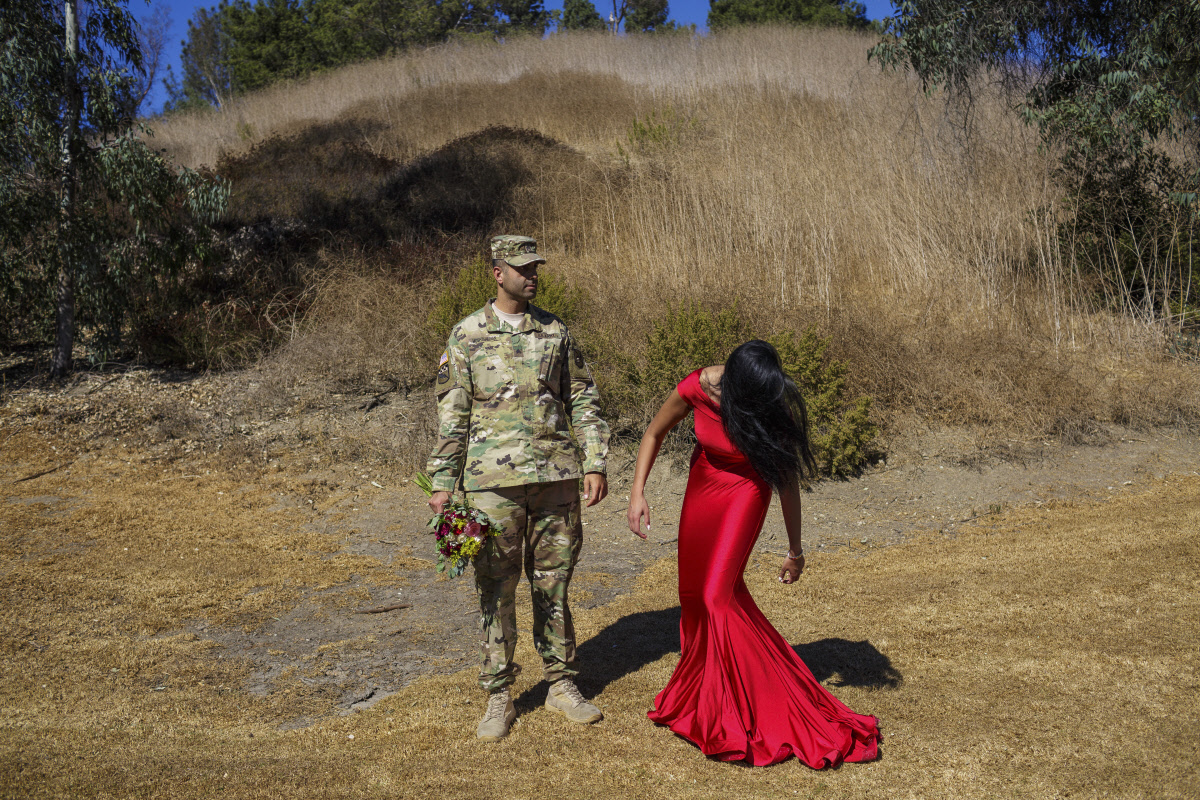 Over seven thousand miles from home, the Iranian diaspora in the United States finds itself constantly working to navigate through a web of complex cultural, political, religious, racial and social issues and identities. 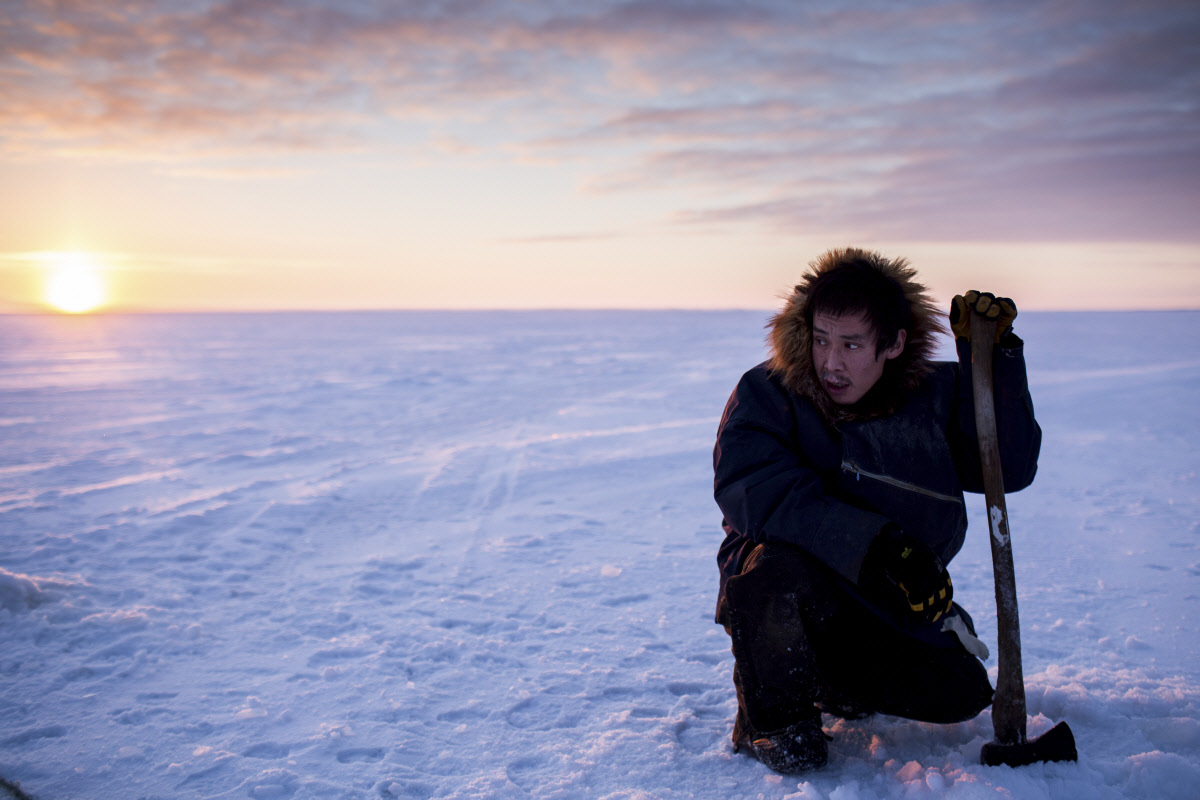 Should I Stay Or Should I Go

Shishmaref, Alaska is a remote village of about 600 people located 30 miles south of the Arctic Circle, flanked by the Chukchi Sea to the north and an inlet to the south. 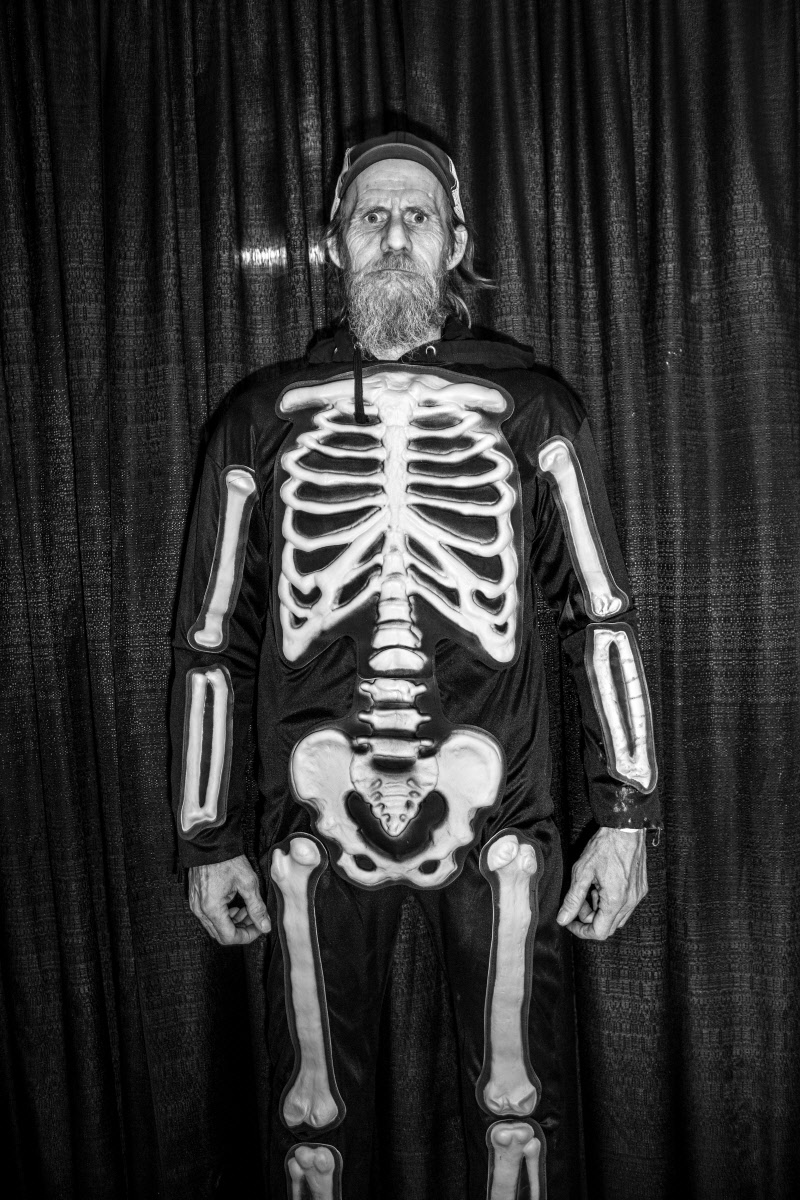 Motorcycle culture is deeply embedded in the modern American identity. 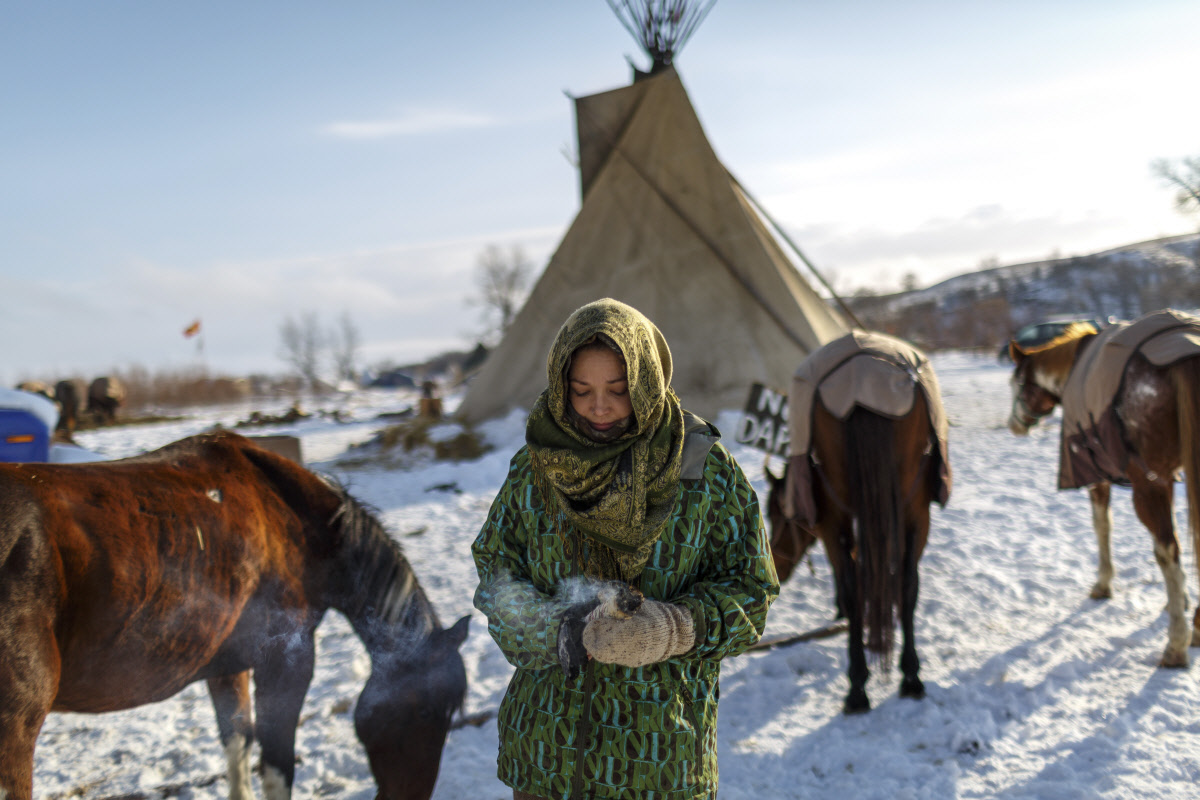 Since April 2016, thousands of native Americans and their supporters have been converging on a site in the Standing Rock Indian Reservation to protest against the construction of the Dakota Access Pipeline which is supposed to bring fracked crude oil from North Dakota to refineries in Illinois. 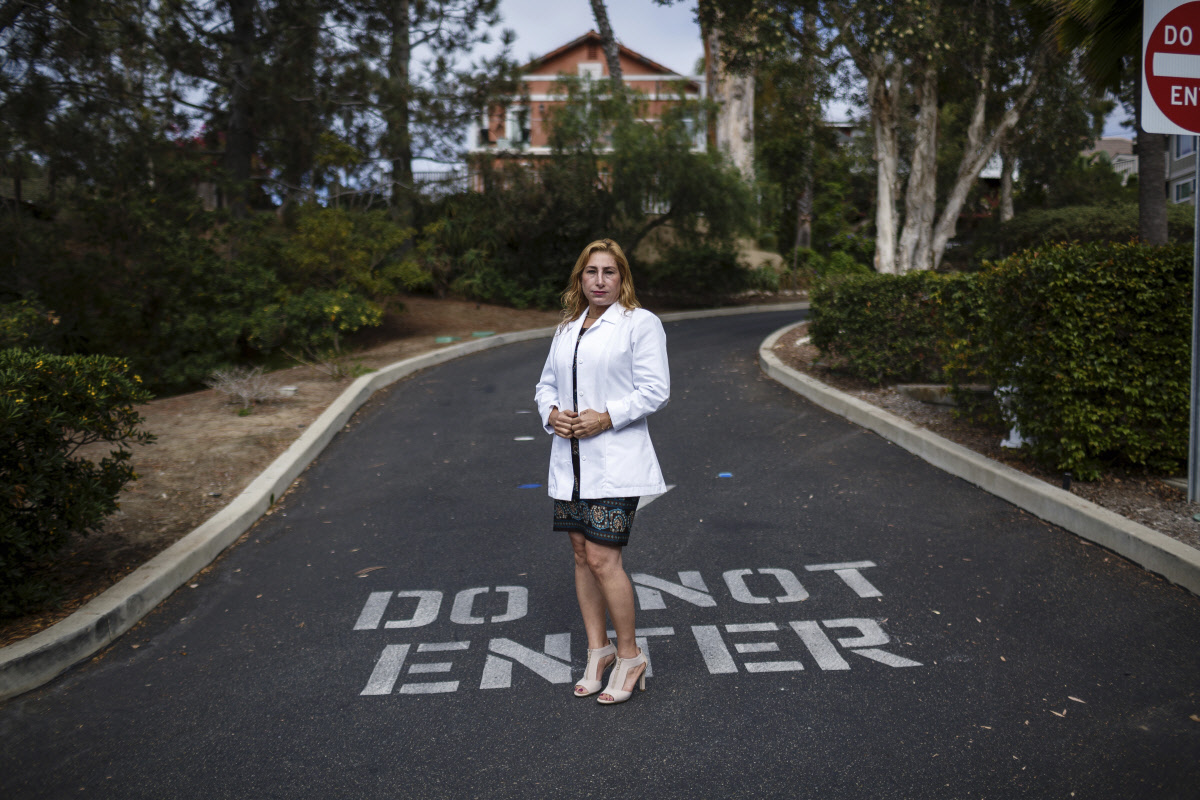 It is estimated that there are around 1 million Iranian-Americans living in the United States. 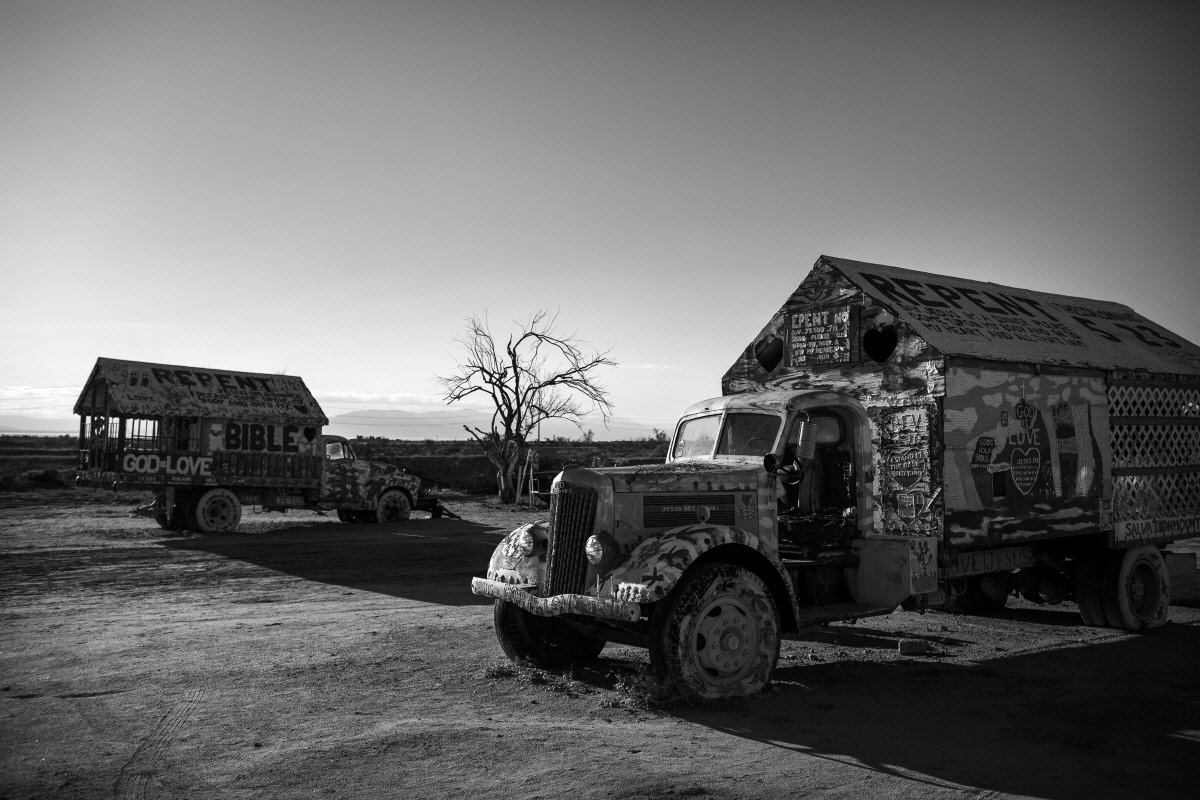 Heading south, past the Salton Sea where farmland turns to dusty towns, following the tyre tracks of trailers and camper vans deep into the parched desert, a landscape of shabby vehicles that have taken root in the ground emerges. 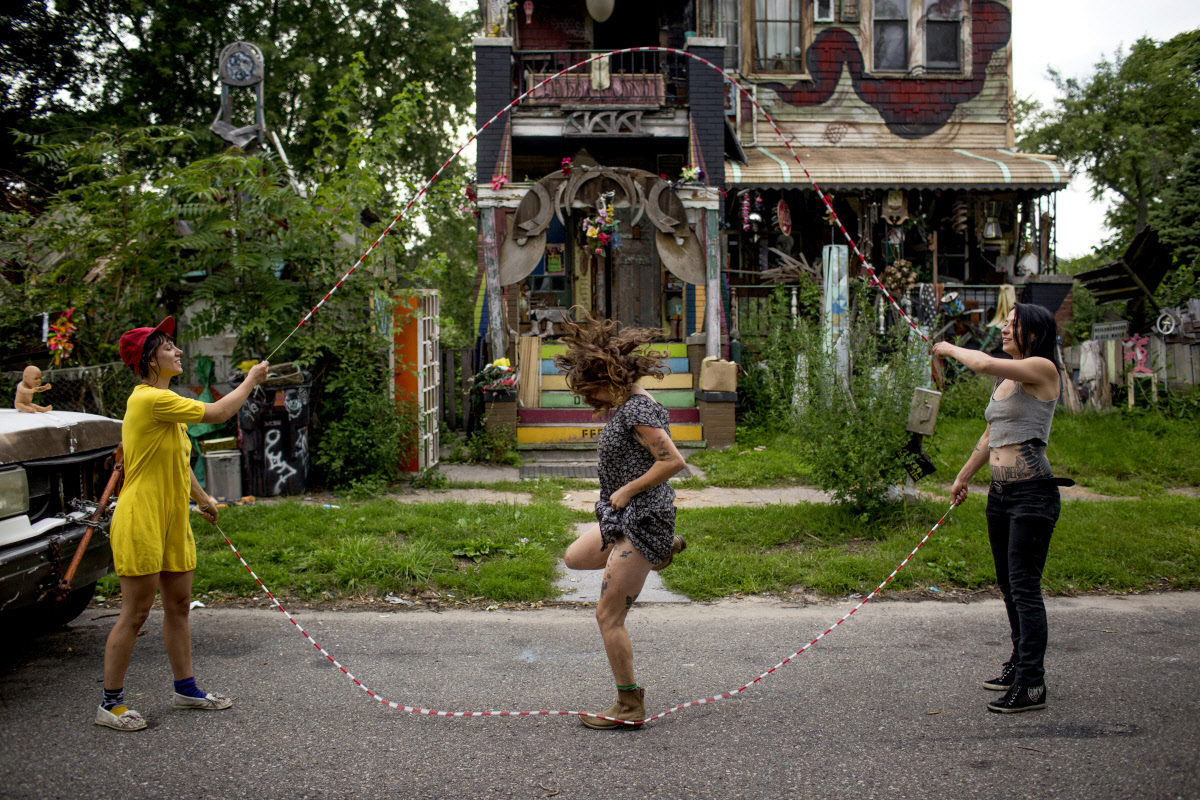 Founded in 1701, the city of Detroit lies on the banks of the Detroit River which links Lake Erie and Lake Huron and divides the USA from Canada on the other bank of the stream. 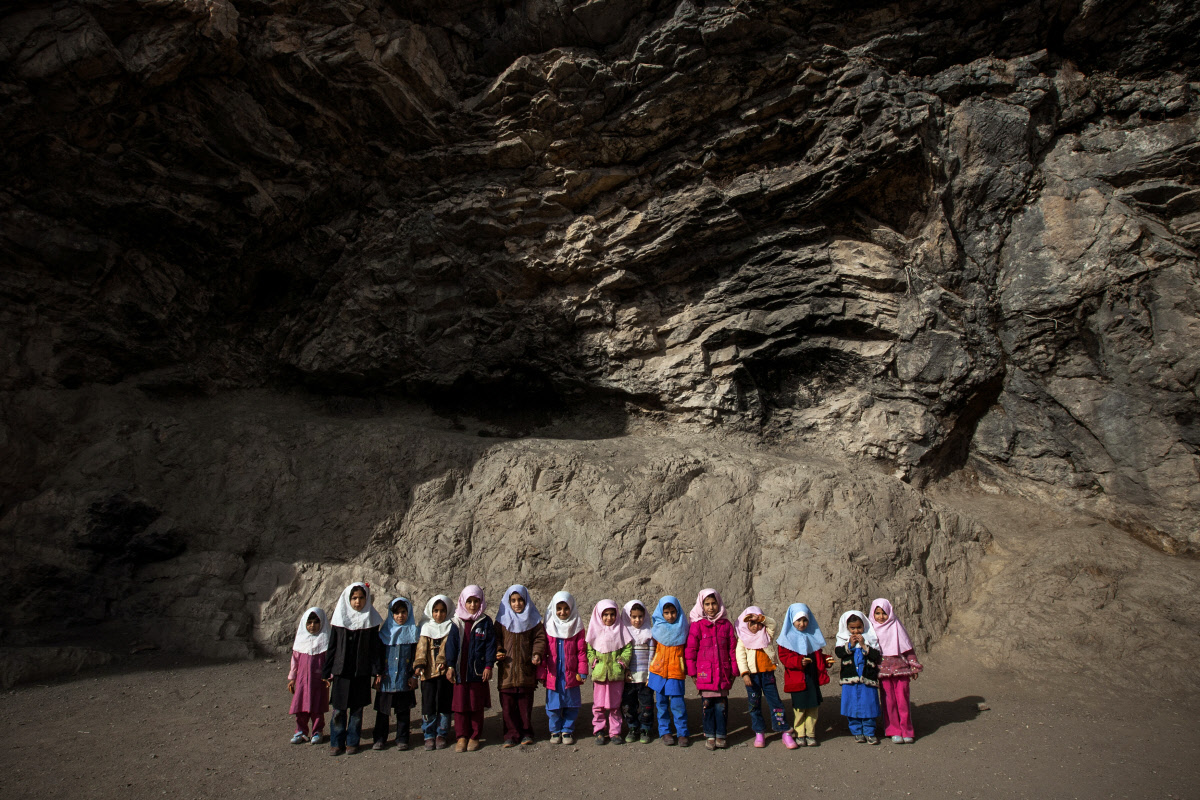 From the time of Cyrus the Great in the 6th century BC, when a Persian empire stretched from modern day Greece to the Indus, to the present cautious engagement of the West with a more moderate government in Tehran, Iran has attracted the attention of the international community. 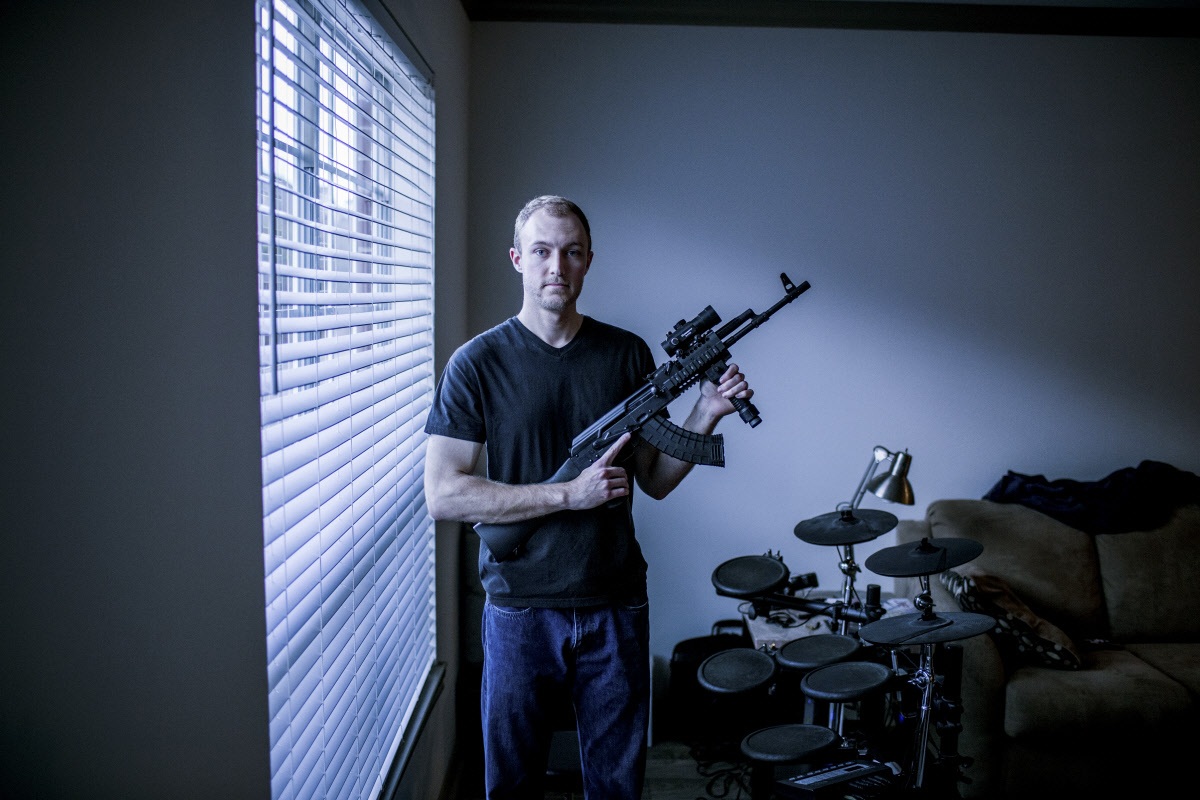 My Gun and I

The Second Amendment is one of the most fiercely contested parts of the Bill of Rights, and indeed the entire United States Constitution on which America is founded. 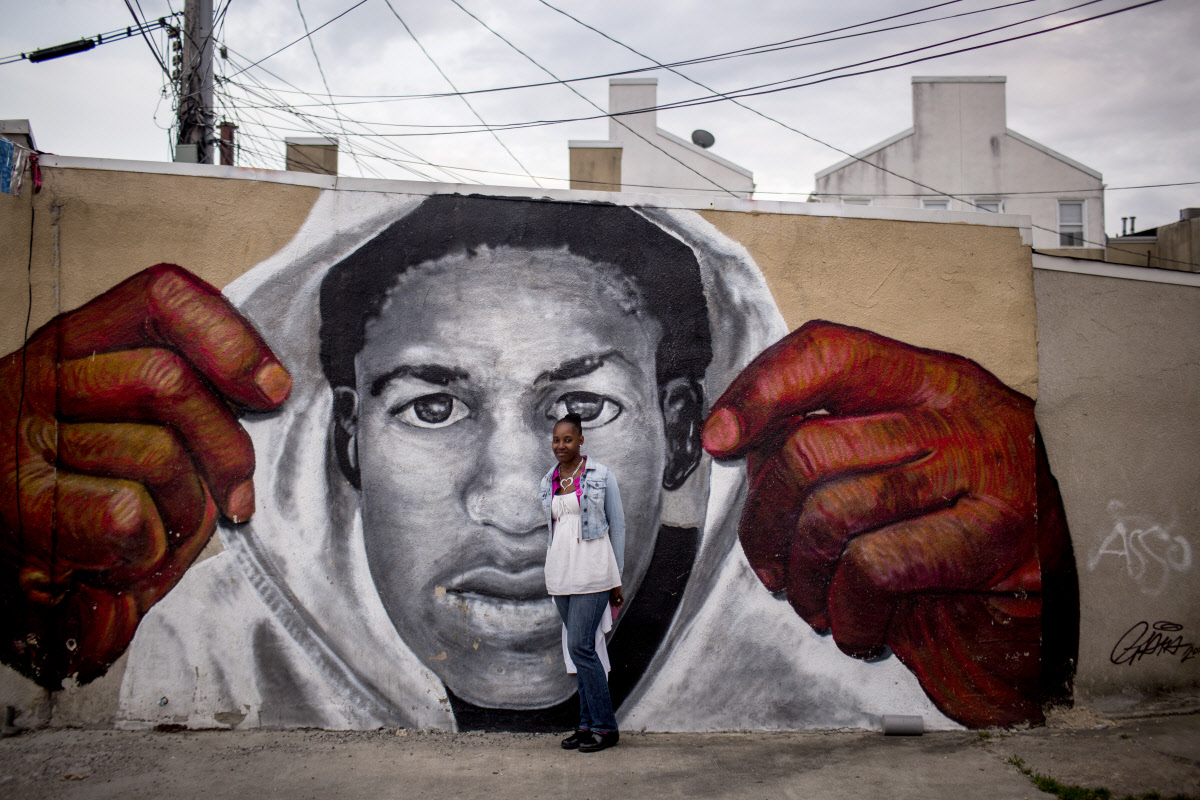 Since the killing of Michael Brown, an unarmed teenager, in Ferguson, Missouri in August 2014 by a local policeman the reports of police violence, often of the lethal kind, directed against predominantly black men keep on hogging the headlines. 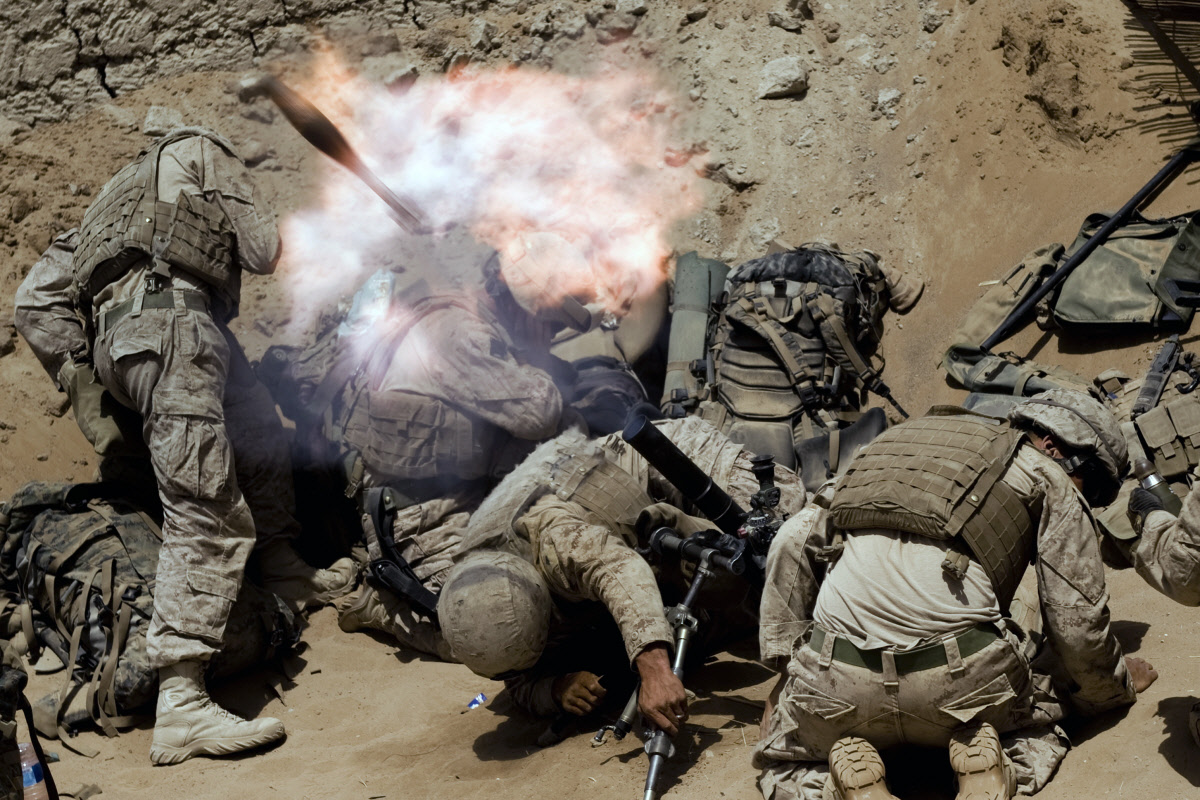 Helmand Province has been the setting for some of the heaviest fighting of the Afghan war. 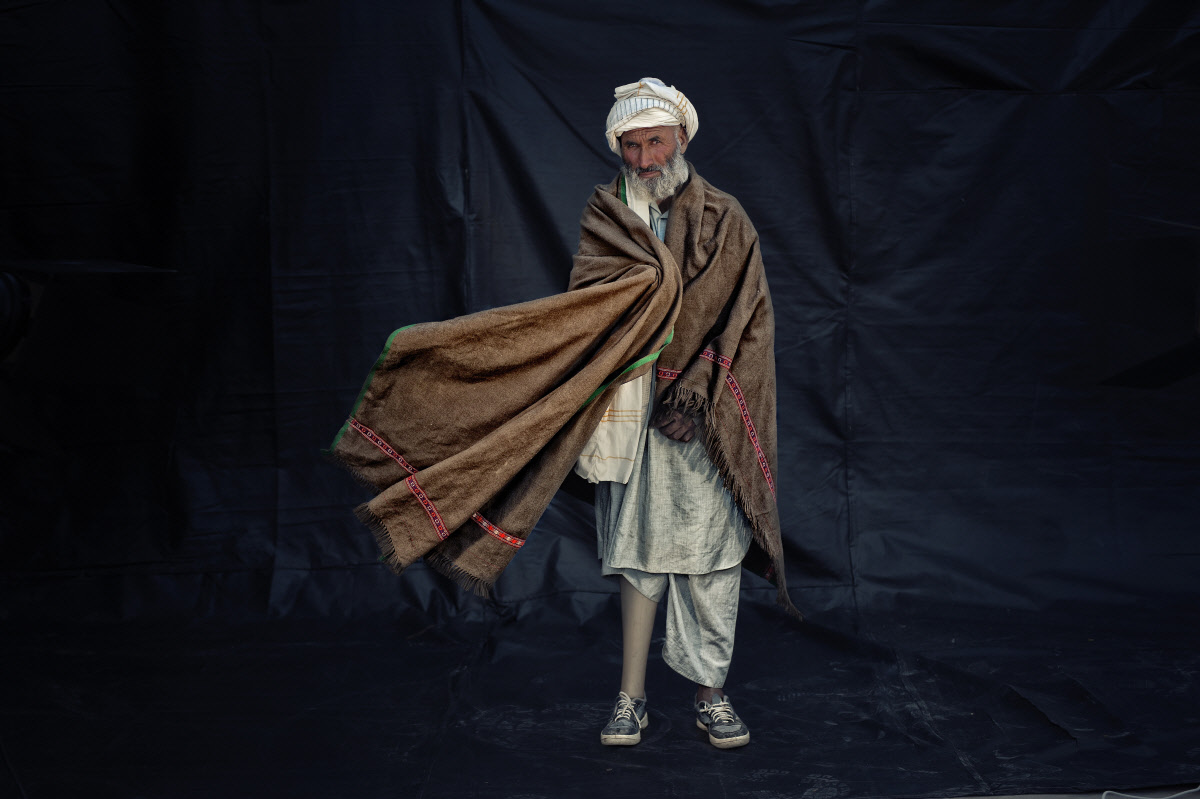 Afghanistan is one of the most heavily mined countries in the world. 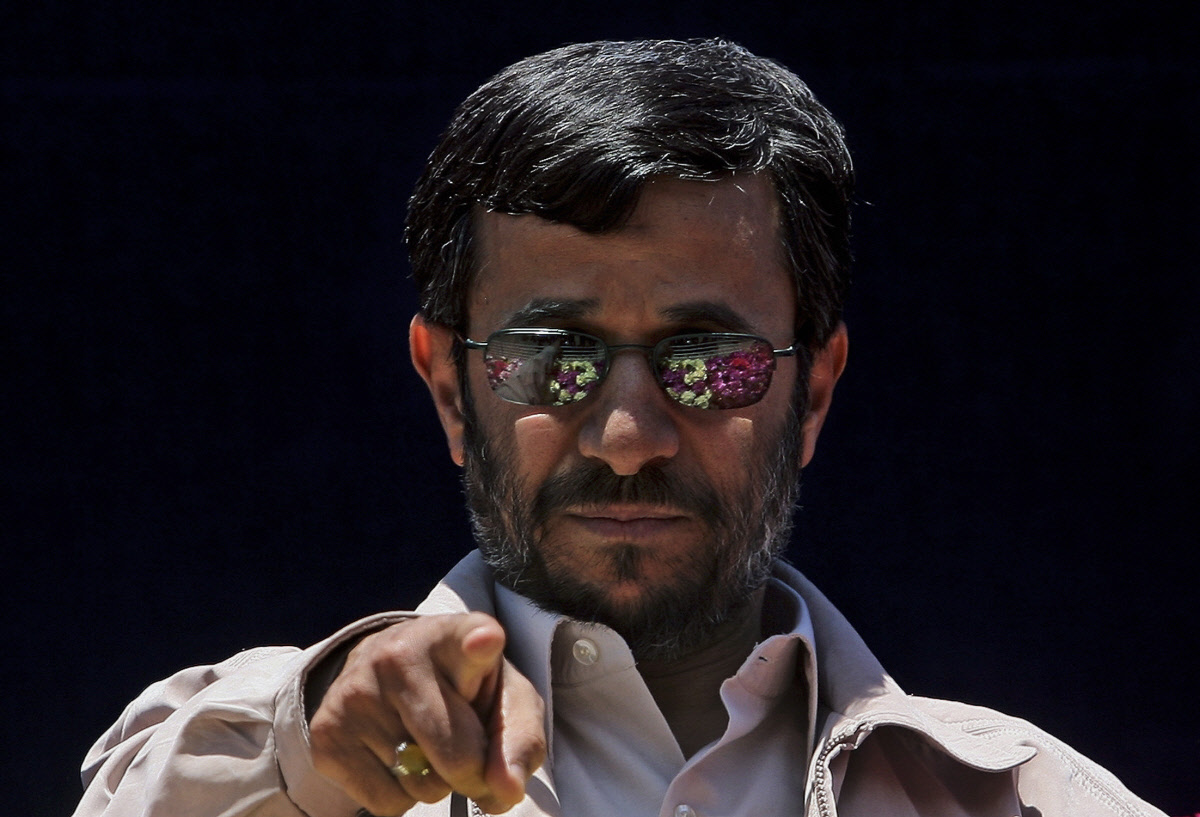 Mahmoud Ahmadinejad, Iran’s diminutive president since 2005, is no stranger to controversy. 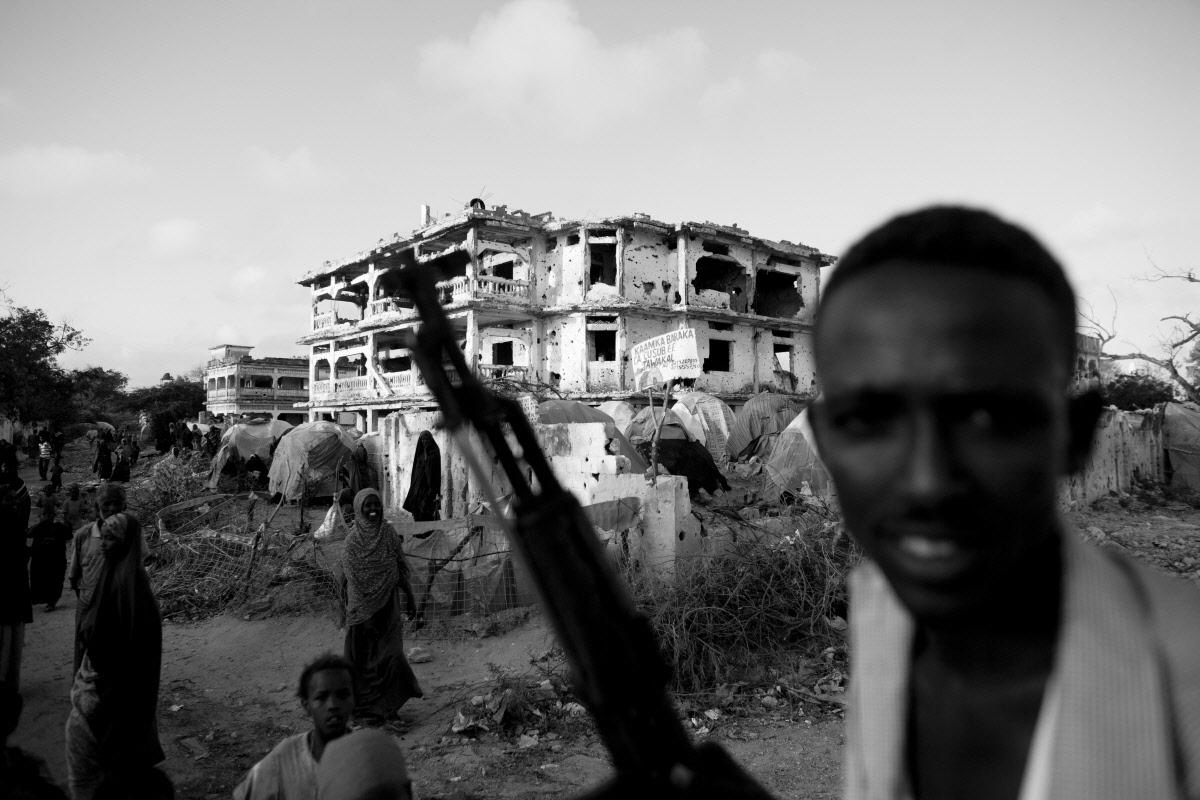 Somalia has not had a functioning central government since 1991. 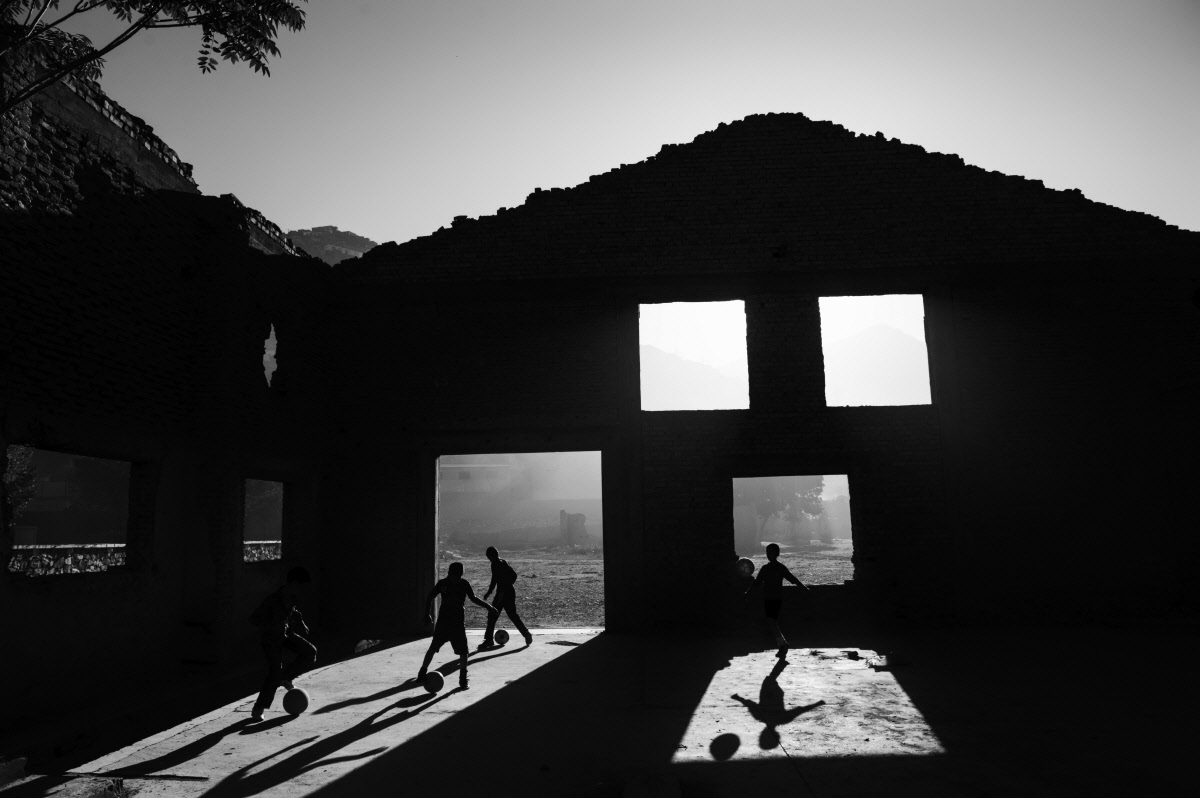 Afghanistan used to be a peaceful country, popular with hippies coming from Europe to South East Asia. 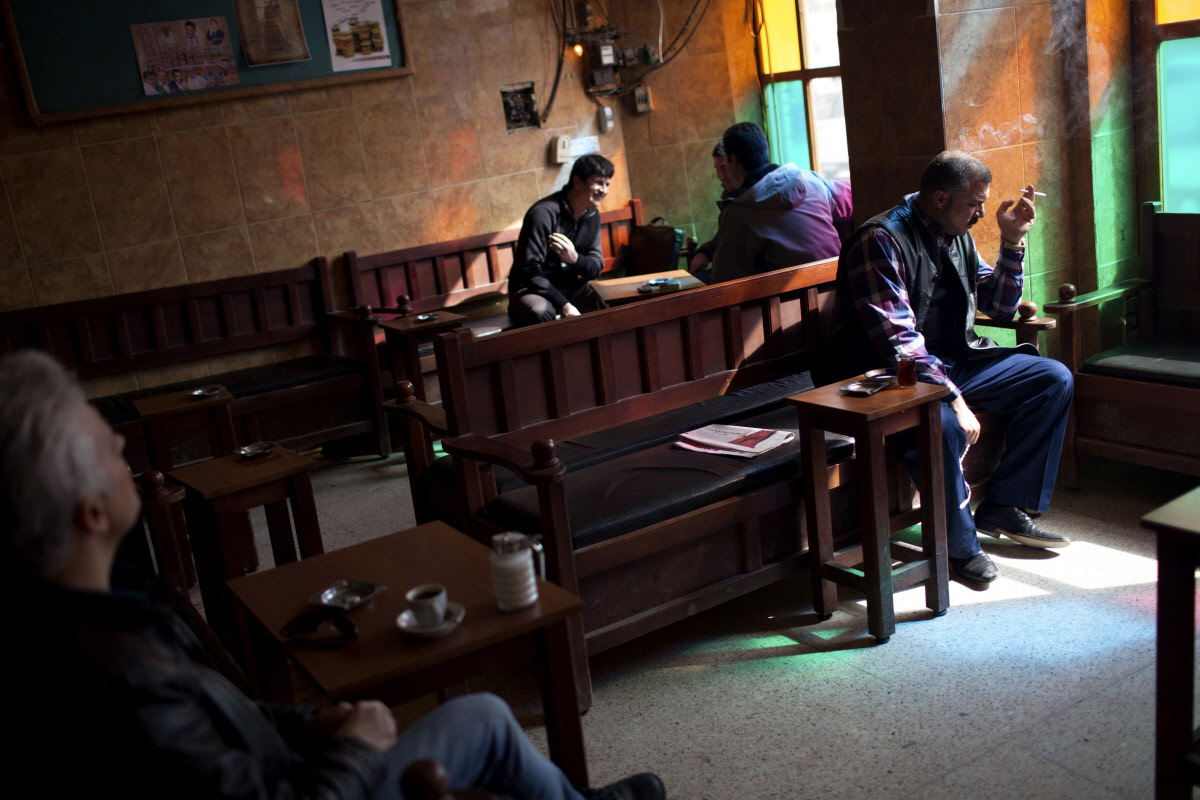 In Search of Kurdistan

The Kurds are the largest ethnic group in the world without a nation, numbering over 30 million people with a common language and culture. 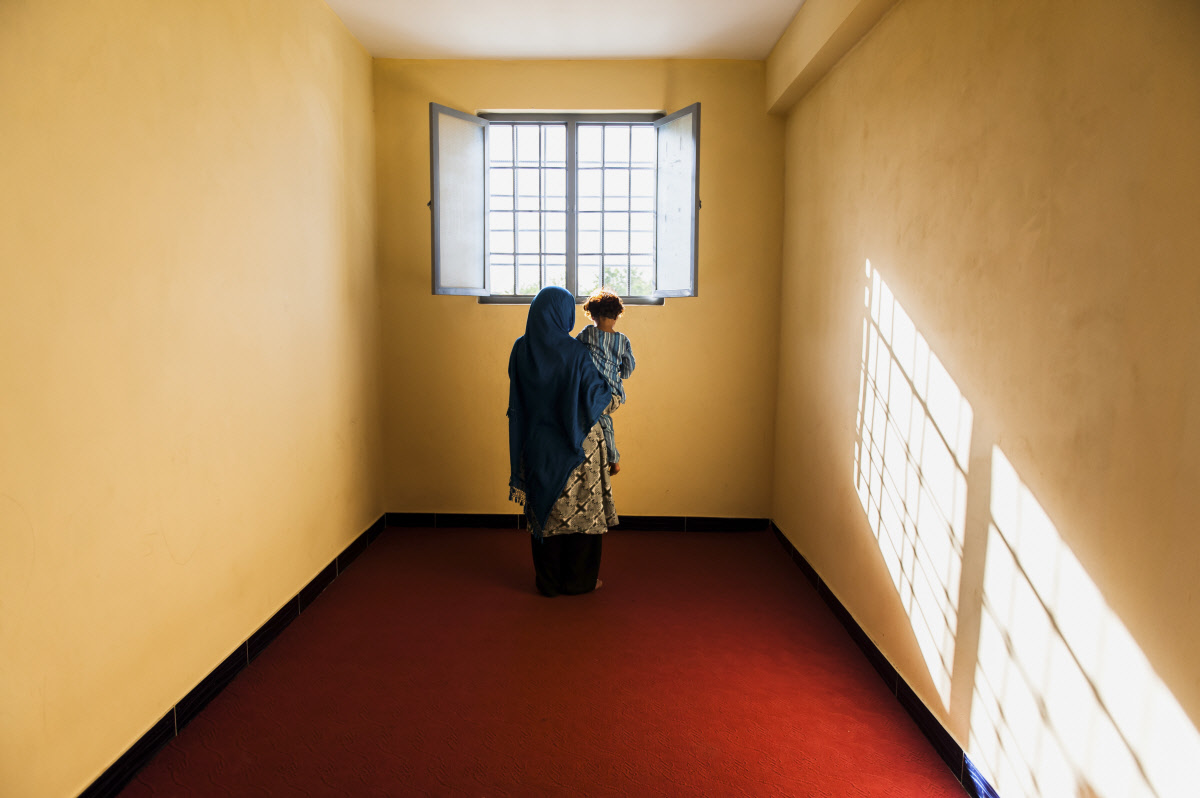 To Be a Woman in Afghanistan

Under the brief reign of the Taliban in Afghanistan, the country’s women bore the brunt of the suffering. 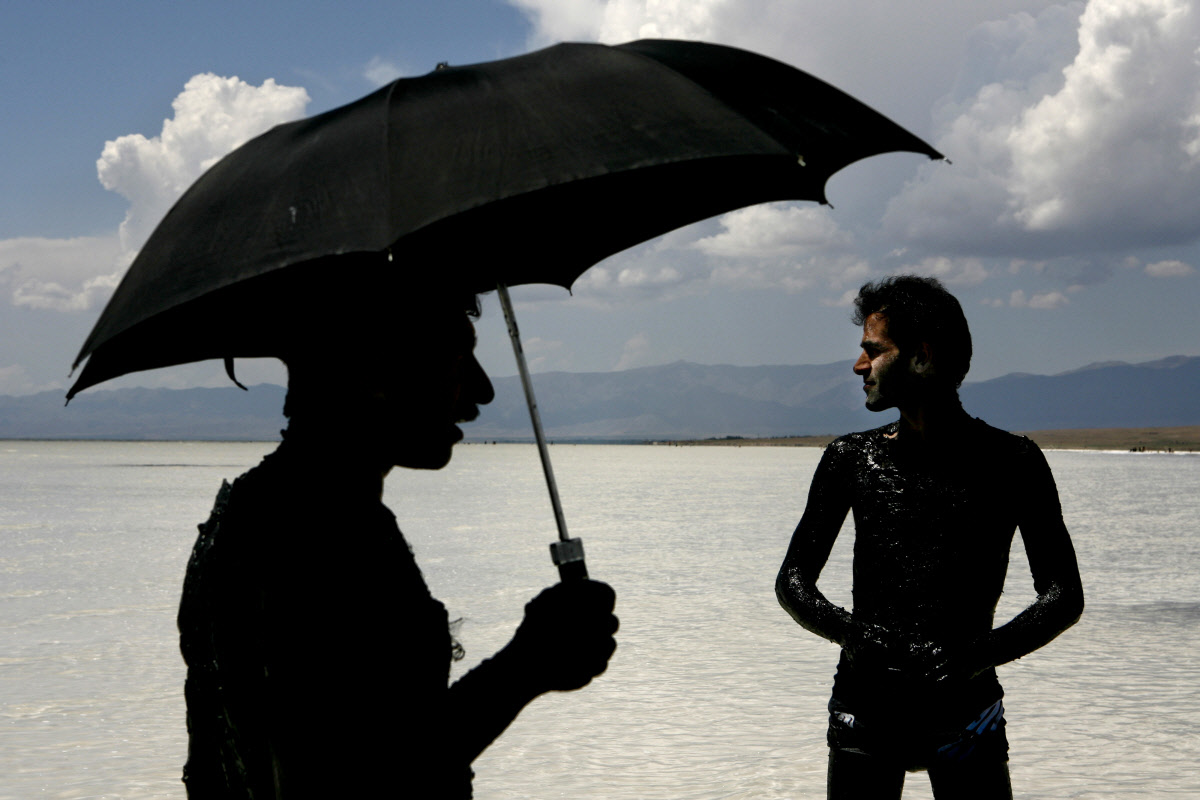 Lake Urmia in Iran’s far Northwest, close to the border with Turkey, is the largest lake in the Middle East and the third largest salt lake on earth. 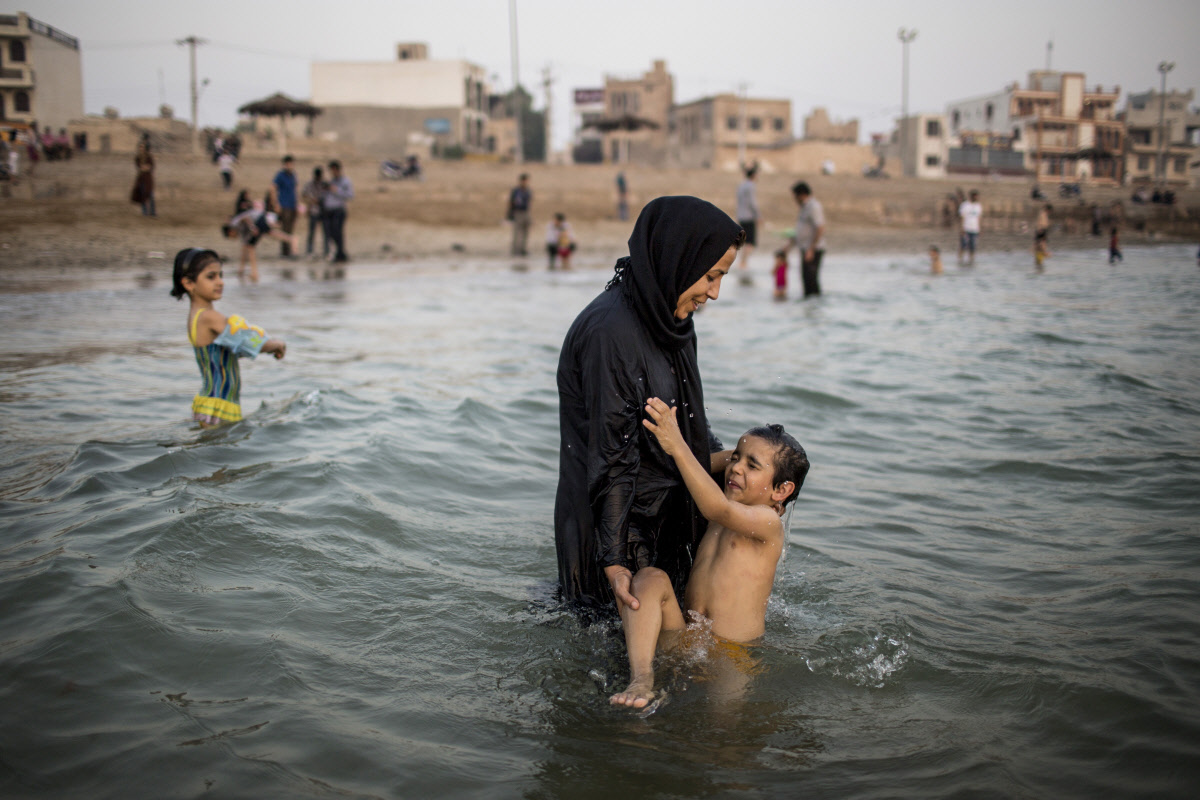 Before the Islamic Revolution in 1979, Iran under the Shah had close relations with the United States which saw it as a reliable ally in a volatile region and an important bulwark against the neighbouring Soviet Union. 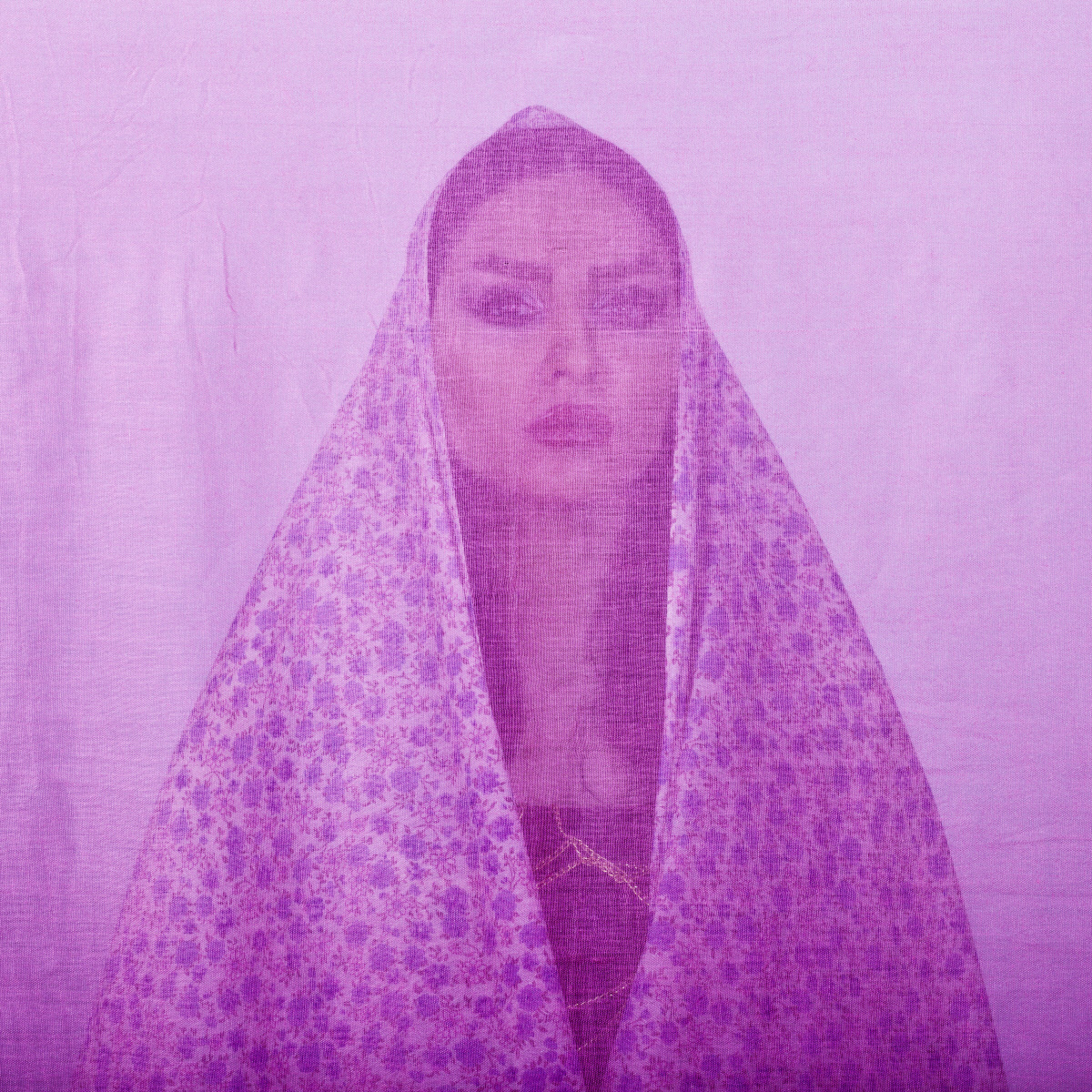 The Hijab, a headscarf worn by Muslim women in the presence of men they are not closely related to, divides opinion both in Muslim countries and in secular countries which Muslims call home. 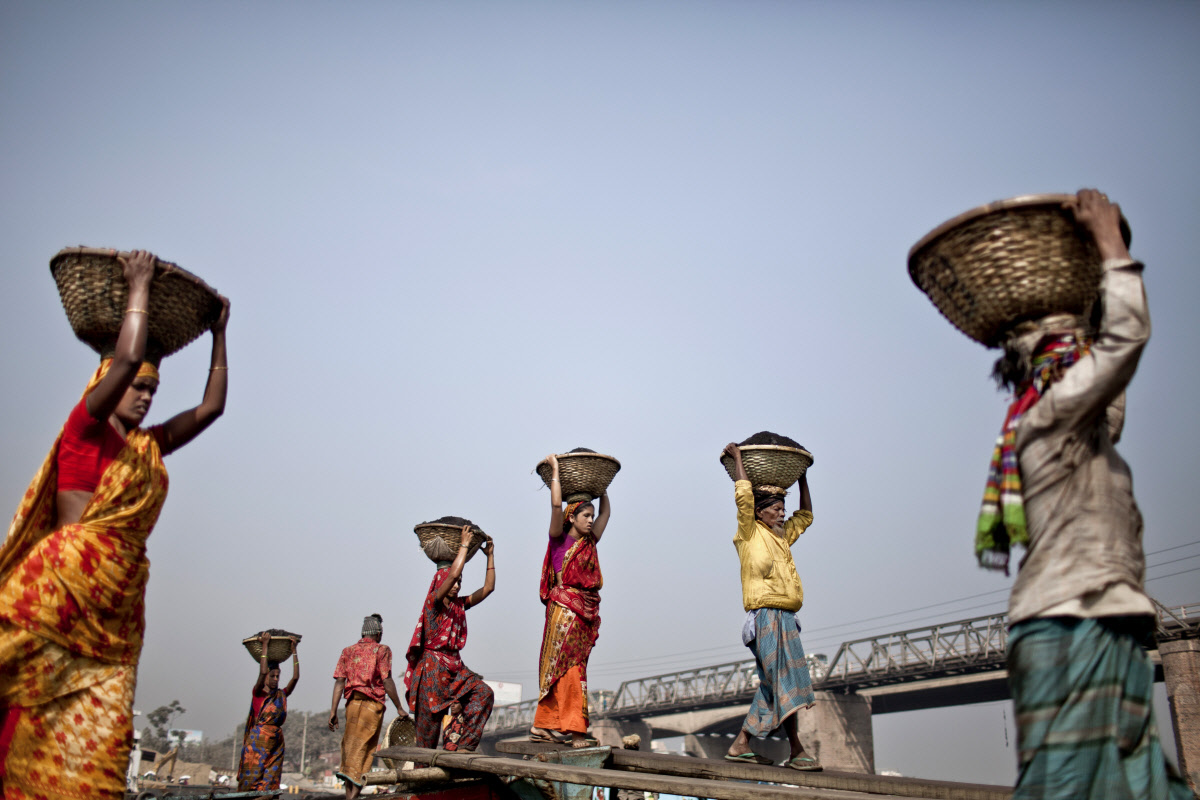 Dhaka is the fastest growing megacity in the world and one of the poorest.