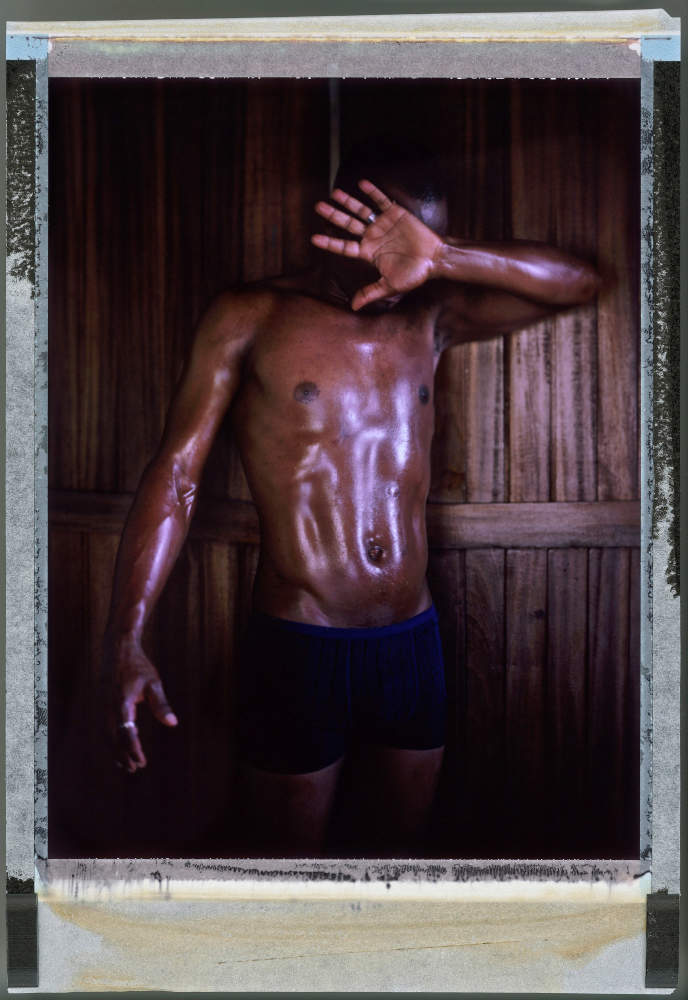 
37 year old Yves Serges. Early one morning in January 2011, Yves Serge was asleep in his room. He was awoken by the voice of his cousin. He looked out the window to see his cousin surrounded by around 15 men. He was crying.

Yves opened the door, when he did so the men rushed inside. They dragged him out, put him on the back of a motorbike and drove him away. He had no idea where his kidnappers were taking him. They stopped at a cross-roads, pulled him off the bike, stripped him and started beating him all over his body with planks of wood. He was forced to sit on an empty beer bottle so that it entered his rectum.

They continued to beat him. They started interrogating him, ‘you are a faggot, tell us who you have sex with and where we can find them?’ Yves refused to answer. The kidnappers piled up three large truck tires and made Yves to go inside of them. They came up to the height of his chest. They took petrol from their motorbikes and poured it over his head and body. They wanted to burn Yves alive.

At that moment, people from Yves’ neighbourhood arrived. The details of what happened next are not clear to Yves, he was semi-conscious and overwhelmed by fear. He does know that some of his family members saved him from the lynching. While Yves has recovered physically, the experience has left him deeply traumatised. He is constantly reminded of the events, he is deeply afraid of the return of his kidnappers and has difficulty making relationships now. 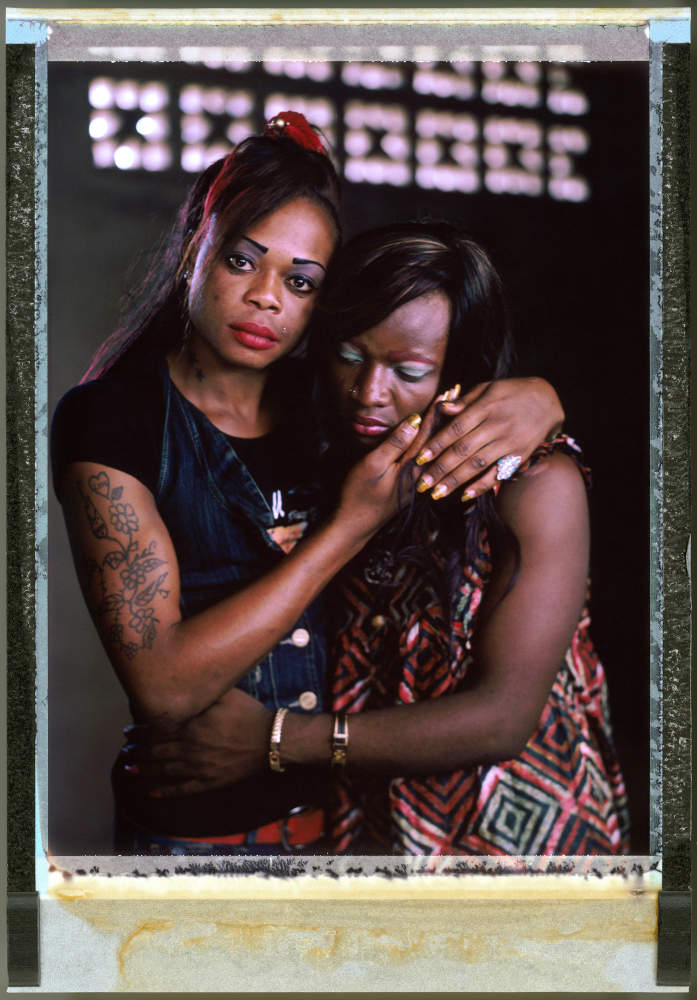 
Transgender women Dolores (right) 24 and Naomi (left) 25. While travelling home with a male friend after spending an evening at a club they were stopped at a police check-point. Because they couldn’t produce ID they were taken to the police station.

A police woman recognised Naomi and said to the other officers ‘I know this one, she is a homosexual’. That night in the police cells they were severely beaten by the police. The beatings continued every day for a week until they were sent to provisional detention. They stayed there for three months awaiting trial.

They were taken in front of the judge and found guilty of homosexuality, and sentenced to the maximum punishment of five years. When sentencing the judge commented that they had admitted to drinking Baileys Cream – ‘a woman’s drink’ and therefore further evidence of their homosexuality. Human rights campaigner and lawyer Alice Nkom appealed the conviction and won.

The case was dropped for lack of evidence, Dolores and Naomi were acquitted. They had spent August 2011 to January 2013 in prison – 18 months. Dolores says, ‘Prison is the worst place I have ever been. And I was obliged to undertake any kind of activity to survive.’


On 6 October 2013 Wandji woke up in a police cell. He was covered in cuts and bruises, and had pain all over his body. He had no idea how he got there. The police told him he was caught having sex with another man by a crowd of people, beaten, and brought to the police station unconscious. Wandji has no recollection of any sexual encounter that night. The last thing he remembers is being given a drink of whisky at a street kiosk the night before.

He was taken to the hospital in handcuffs with the man he was accused of having sex with. They were not told why they were going there. They entered an examination room with three policemen, and three hospital staff. He was told to remove his trousers and put his legs up on stirrups. A female doctor then proceeded to examine Wandji’s anus. She shouted ‘You are a pig, you are a dog!’ The others joined in ‘you do not deserve to live’ one said, others laughed. ‘I’ve never felt such shame as on that day’ Wanji says, ‘I felt like the worst of human kind.’ After both were examined, they were taken to court cells: ‘everyone was there to see the faggots says Wanji.

The police told them to remove their tops and they were beaten. In court they were convicted of ‘Practicing Homosexuality’ and sentenced to six months in prison. ‘hell is even better than that prison’ says Wanji. ‘We were constantly humiliated by the inmates and the guards.’ They were often beaten. Six months and three weeks later he was released. ‘I have so much regret, anger, frustration – in one night I lost my job, my talent, my future. Everything. Now I am afraid of everything. I have no hope for my future.’ 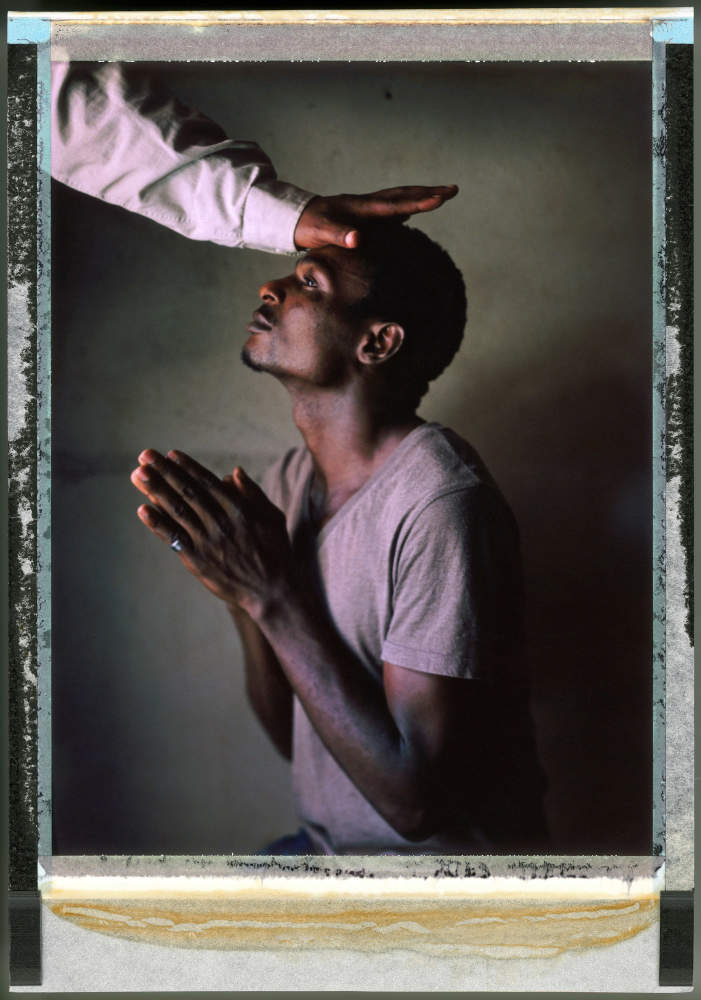 
In 2012 Brice was living with his mother. One evening, his mother arrived home from work and said angrily to him, ‘They just called me and told me that you are gay! Is that true?’ Brice did not reply. His brother, who knew he was gay confirmed it to his mother. That same day his mother took him to an evangelist to ‘deliver you from the spirit of homosexuality.’

He was brought by the Pastor in front of the entire congregation ‘to be delivered.’ ‘Spirit of homosexuality come out of this boy!’ the Pastor said, and pushed him to the ground. As he fell down the Pastor cried ‘thanks to the Lord – he is delivered’. To keep his mother happy Brice went along with the performance.

When he returned home with his mother, she asked him ‘Do you feel free?’ he told her that nothing had changed and that the performance, to him, felt like a scene from a movie. The next day she took him to a Catholic Priest. There, the priest accused Brice of being a devil. Brice got angry and left.

The priest told Brice’s mother that they needed to pray together. His mother continued to pressure him, in the name of God, to change. No amount of prayer changed Brice’s sexuality. His mother gave up and said ‘You have to choose – either change or leave!’ Brice didn’t consider this a choice he could make. He always knew he was Gay. He felt he had no choice but to leave.

‘Since you have chosen to be gay, never contact me again!’ His mother said. Brice has not spoken to her since. ‘I’m no longer close to my mother or some of my sisters. Maybe this is the price I have to pay for being gay. 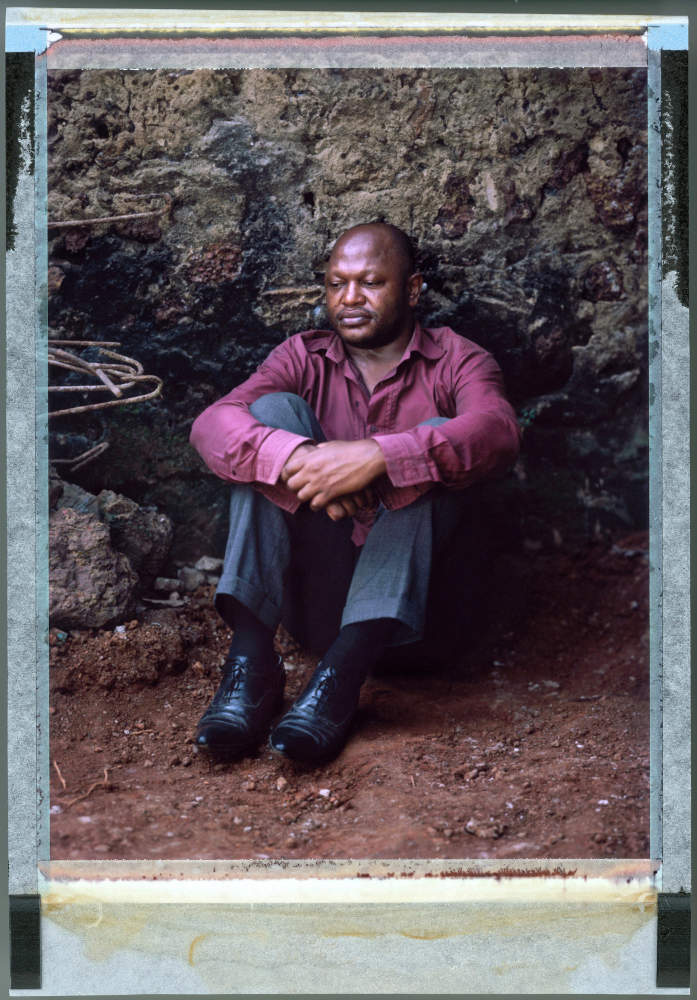 
In May 2005 Marc was arrested at a bar in Cameroon’s capital Yaounde along with nearly 40 others. Many were able to bribe their way out of the police station, the remaining 11, of which Lambert was one, were put in prison.

They spent 12 months awaiting trial. In the end seven of the 11 were charged with the crime of homosexuality and sentenced to seven months in prison. They had already served their time awaiting trial so were released.

Lambert says, ‘it was a nightmare for me but I transformed this nightmare into an opportunity – it gave me the chance to denounce to the international community the situation of discrimination against people in my country for their sexual orientation or gender identity. Thanks to that a LGBT movement was born in Cameroon’. 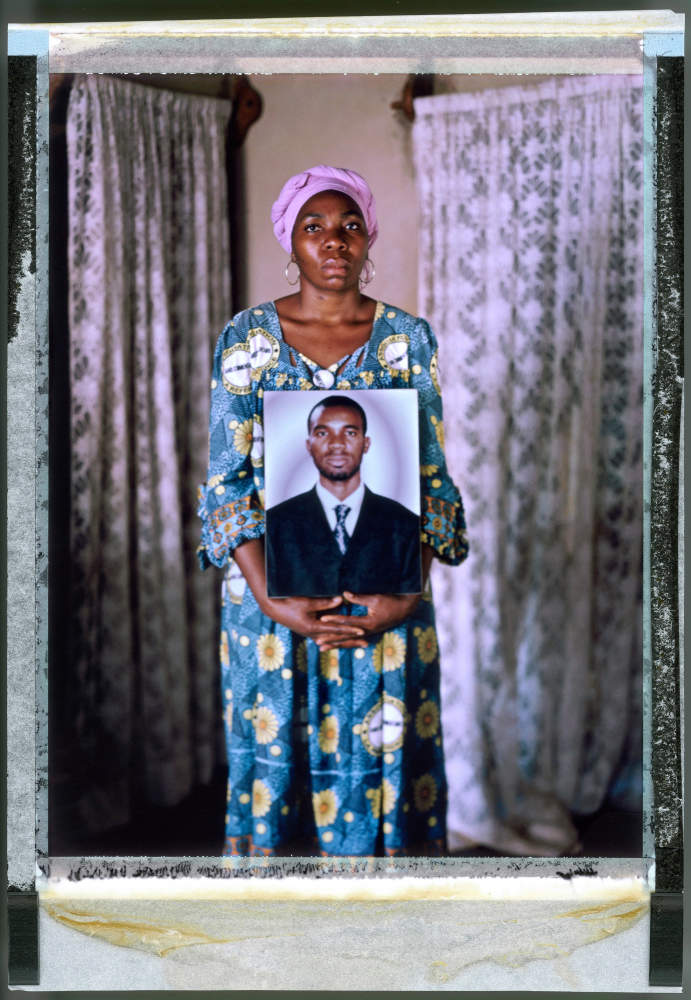 
The older sister of LGBT Activist and Journalist Eric Lembembe (in the picture she is holding), Ndongo Alice, 37, at her home in Yaounde.

Eric and Alice were very close when they were growing up. There was gossip in the family about his sexuality but Eric was never open about being gay. Eric was an outspoken campaigner for LGBT rights in Cameroon though and critical of state sponsored discrimination.

Eric was murdered on the weekend of July 15/16, 2013. Eric had been brutally tortured. His legs, arms, and neck were broken. He had burns on his body from an iron. The corners of his mouth were sliced, his eyes had been gouged out, as had his tongue. Before his death Eric had told his sister, Alice, that he had many problems but he refused to share them with her.

After his death Alice found out he had been threatened many times. After his death she also received threats. One SMS said ‘You will die like your fag brother’. Eric’s death has profoundly affected the family: ‘By loosing Eric we have also lost our mother. She has changed completely, her health, everything. And I feel really lonely without him. He was really helping me.’ Eric’s killer/s have never been caught.