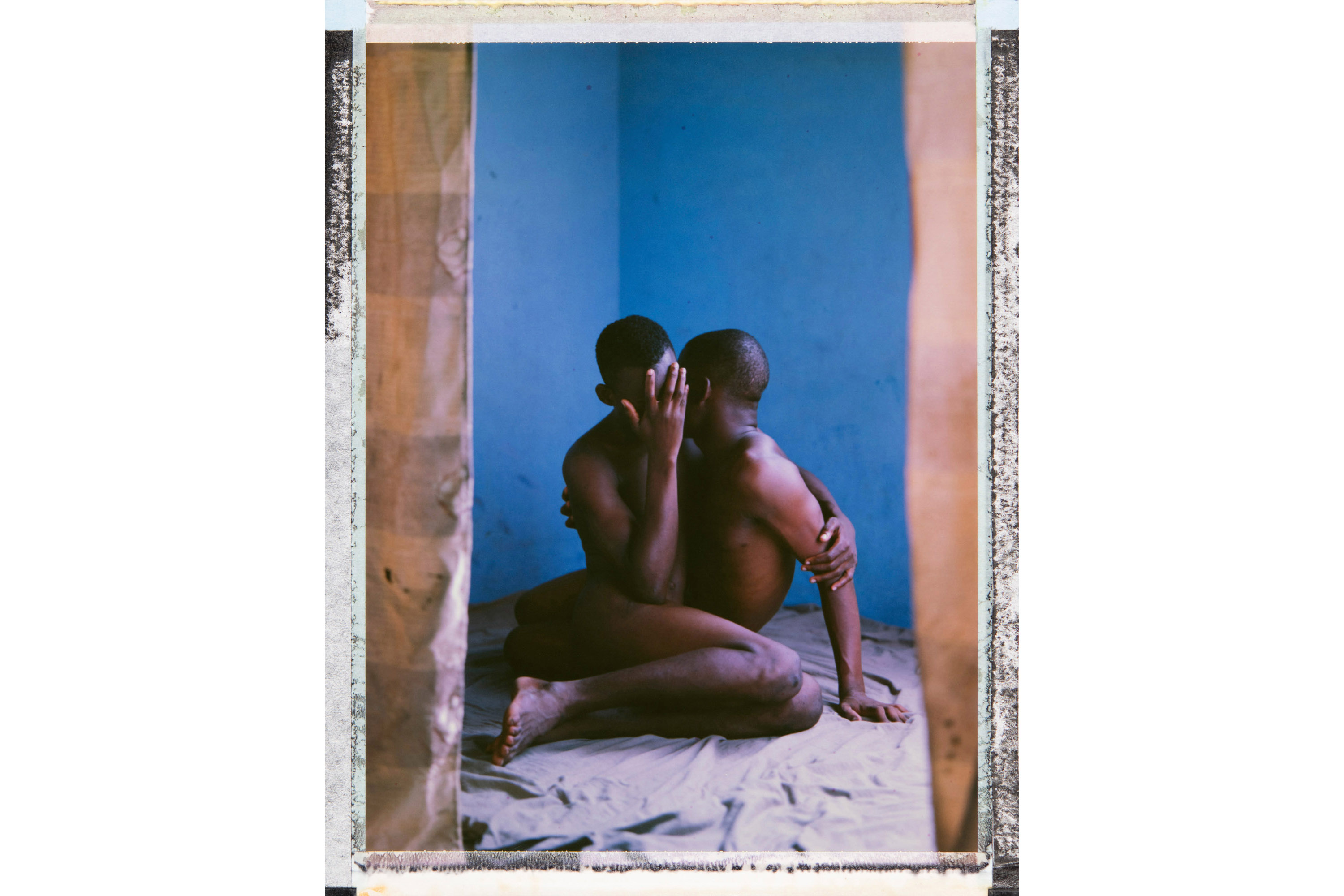 Seth (right) and Andrews (left) are a gay couple (not their real names). They must keep their relationship hidden from their communities and families or risk, they say, being ostracised or even killed. Seth says “If people know we are into gay thing, they’ll just tease us or maybe we may be banned from this community. That’s how this country does.”

Andrews still attends school and lives with his family. If they found out he was gay he would lose their support he says. “If my family finds out, they won’t give me money for school, you no feed me too, and I have brothers and sisters big one, big one, if they saw me, I’m dead.” 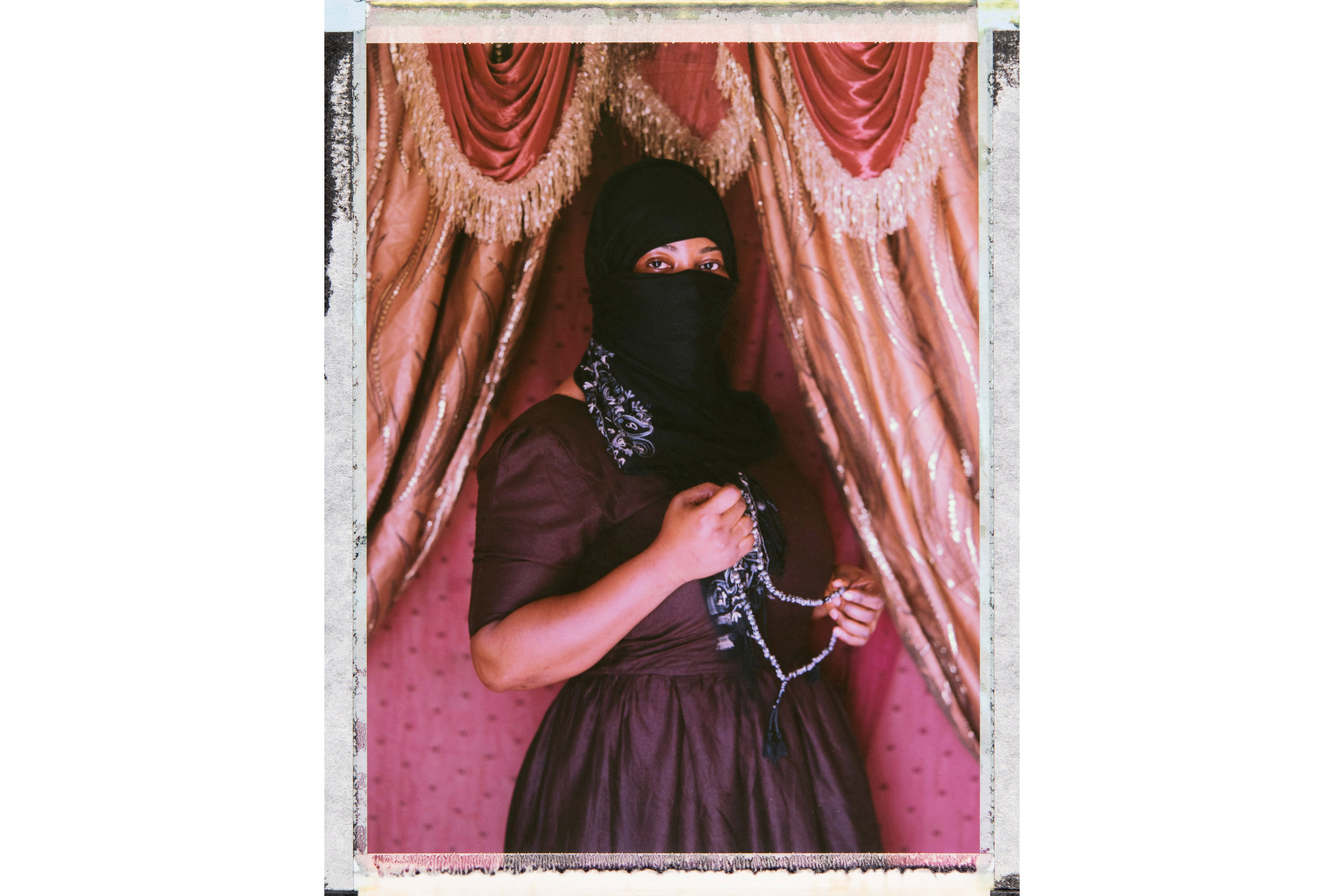 A.K. (33, name withheld) says she has been attracted to women since she was young. When she was in junior high school she had sex with a female domestic worker employed by her family. The woman blackmailed A.K. Eventually her parents found out they had been intimate. Since then she’s hidden her sexuality and taken steps to make sure her family does not suspect she’s attracted to women. She is now in a heterosexual marriage. Neither her family nor her husband know about her sexuality.

“…before I got married, I stayed out, I stayed back from having sexual intercourse with my fellow woman, and I thought that was me. When only I was deceiving myself. Then after a year I met someone, and I was like, that is when I discovered who I am. So for like three years now, that is when I discover, I discovered the real me, yes. But I won’t deny that I love my husband that I’m staying with. And the woman that I also have sexual intercourse with, I also love her. I don’t know, I just love them both. So I know I am, I won’t say it’s a mistake.” 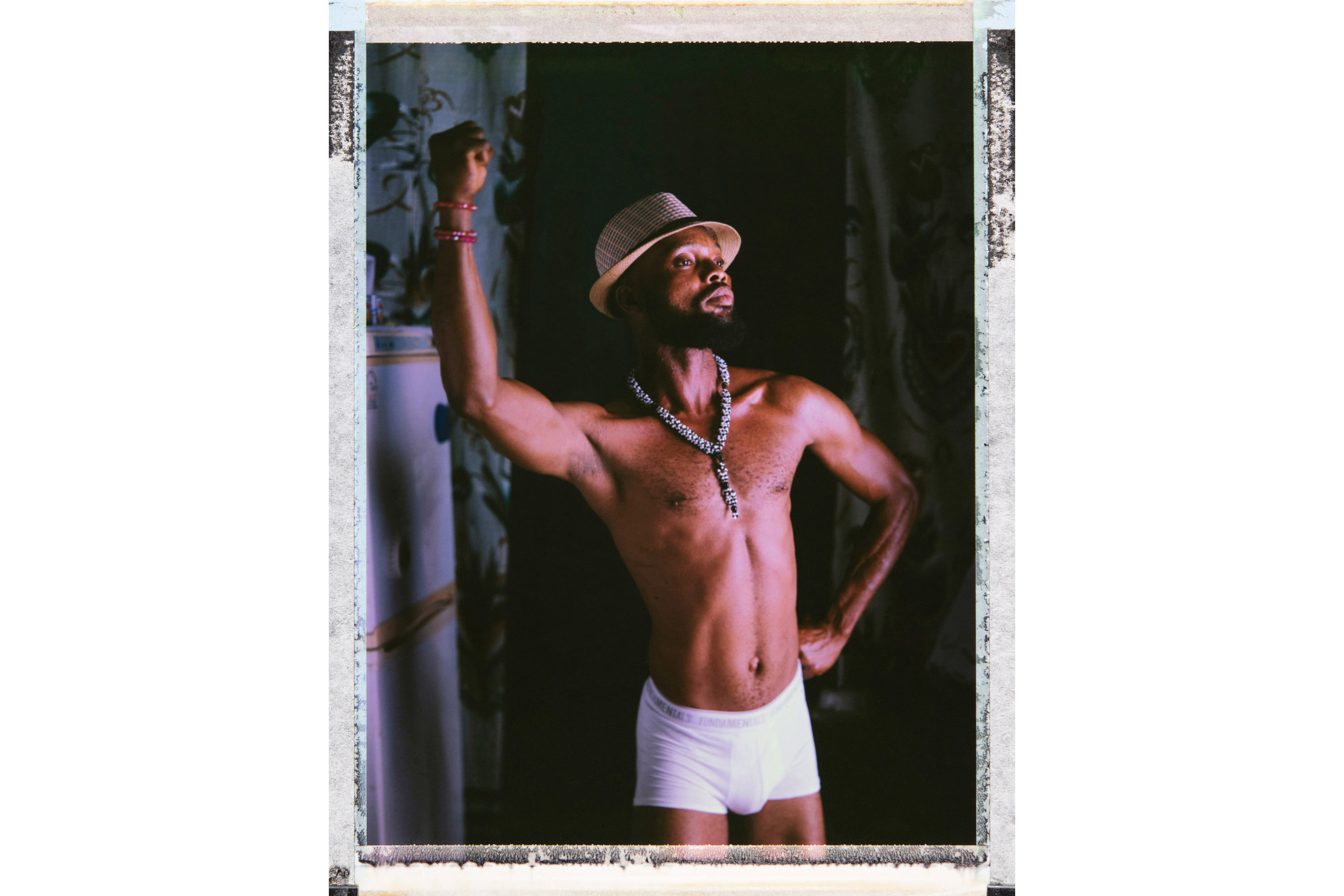 Eddy Love (35, not real name) is a bisexual man who explains that living in a country where the LGBT community are so stigmatised means one finds it difficult to report sex crimes to the police or even talk about same sex rape. “It pains me a lot about what they have done,” says Eddy when talking about the gang rape by five men that he survived as a young man. 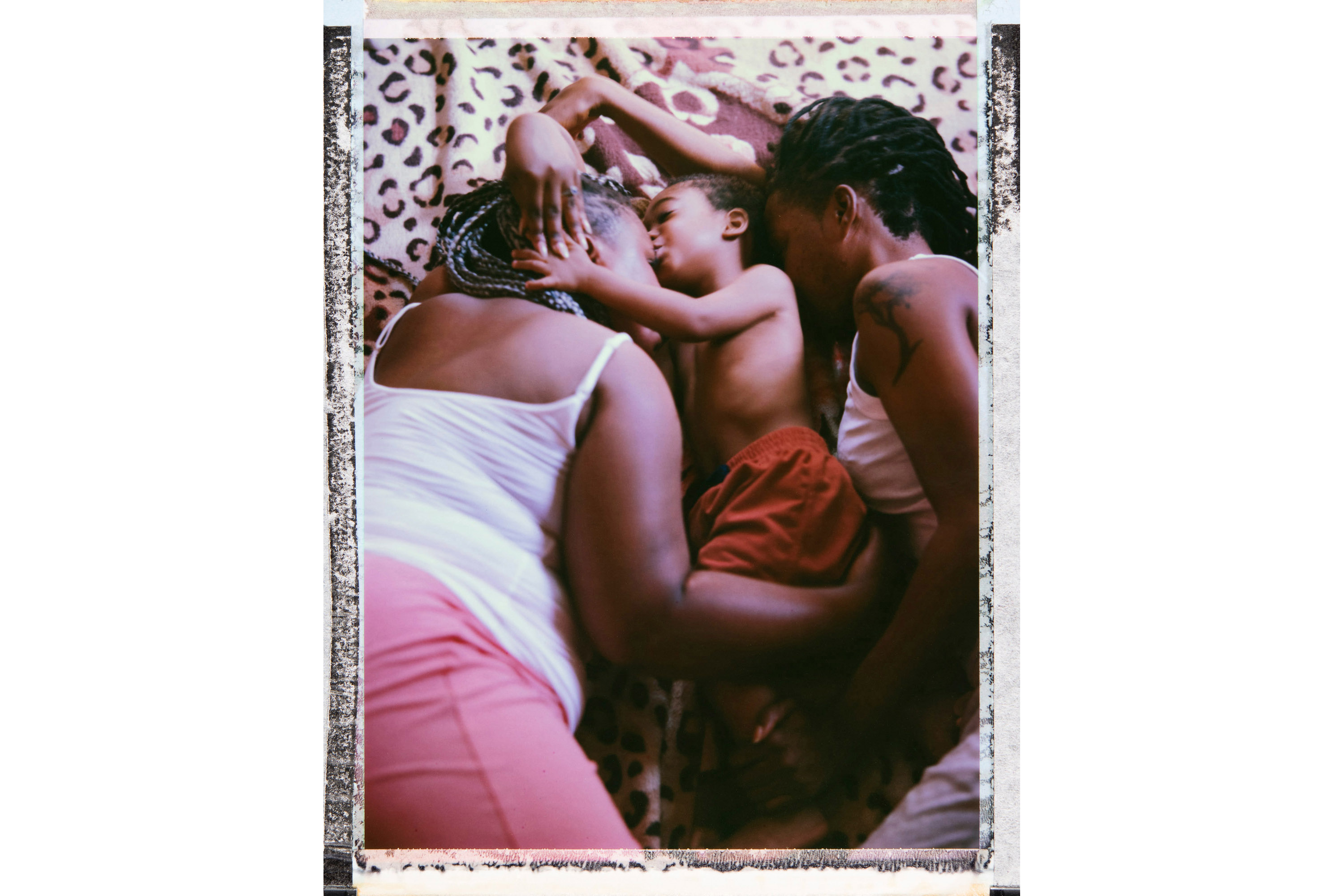 AJ (left), a lesbian woman, and AD (right, names withheld), a transgender man, have been in a relationship since 2012. In 2014, they decided to have a child. AD says “He’s our everything, our life and our future. Sometimes when we are settling our differences and he walks in on us, in the heat of everything, he smiles and then takes all the tension away. I could say he’s the pillar of this relationship.”

In Ghana, their partnership is not legally recognised. If something happens to AJ, AD would have no rights to their child. AD says “It gets tiring having to pretend that we are not a couple, cause I mean, we cannot go, we cannot be seen in town like, holding hands or act like a couple with our baby. It doesn’t work that way so yes we do hope that we do get there someday where we can get to be married and then live like normal heterosexual couples, like the way heterosexual couples live.” 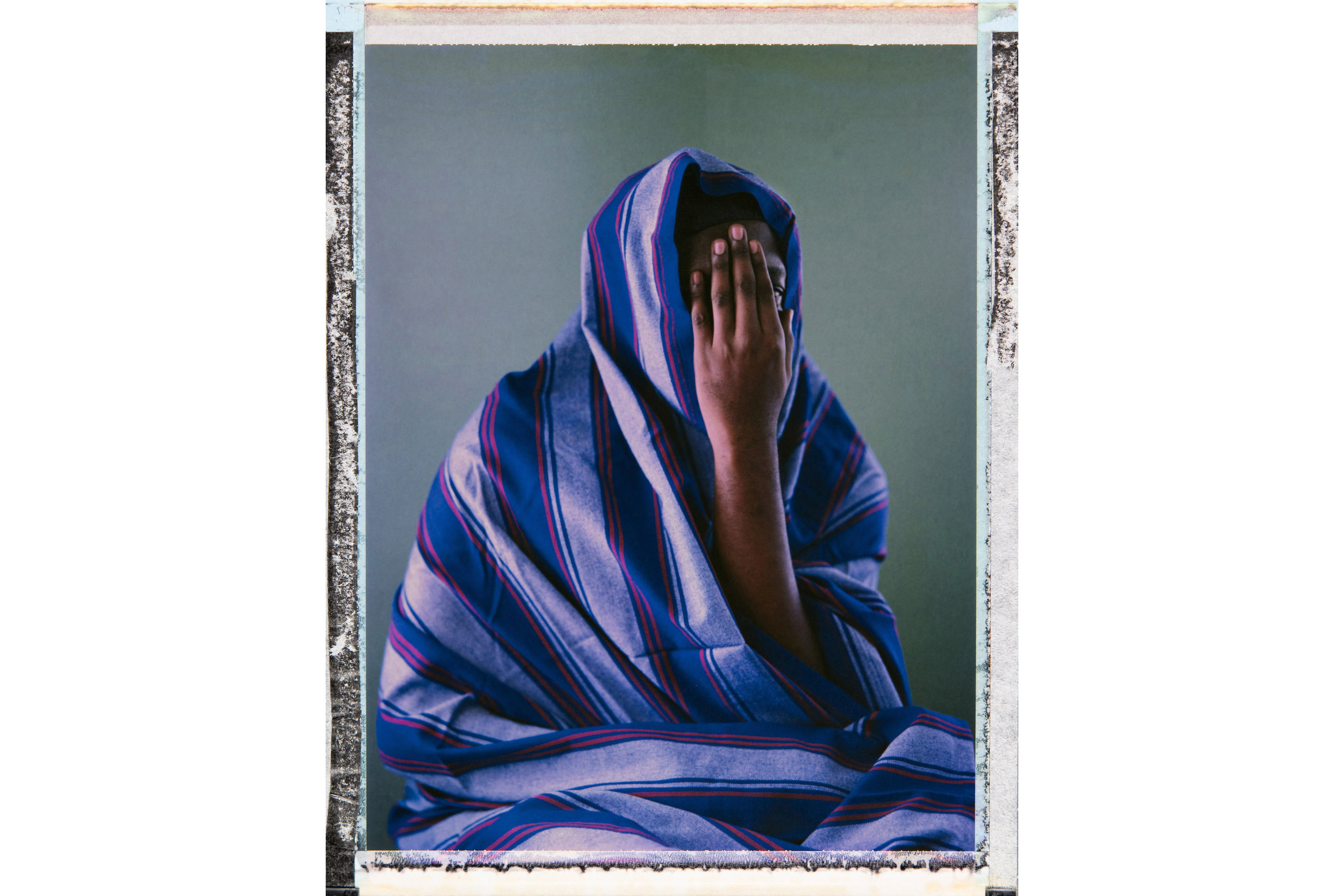 Baobab (35, not his real name) is a gay man and LGBT activist. He recounts how, when visiting his boyfriend, a group of men confronted him threatening to ‘out’ him if he didn’t give them money. He was forced to take them to an ATM where he gave them what he could. He promised to give them more the next day. Instead though, he went to the police. Initially the police would do nothing to help him, but Baobab was insistent and eventually the police agreed to accompany him back to where his blackmailers were waiting for him, and arrested them.

Speaking of the interaction he says “You know it takes a lot of courage to handle these people. I mean the police and all that, they don’t know the law.” Baobab knows that he is an exception among LGBT Ghanaians, most of whom would not turn to the police fearing stigmatisation or being treated as criminals themselves. “They fear to report such cases”, he says. Stigma destroys lives according to Baobab. “Stigma kills. The virus doesn’t kill. The virus can be suppressed. Inasmuch as stigma also can be unravelled and stigma can be addressed. But, a virus… never kills, but stigma does.” 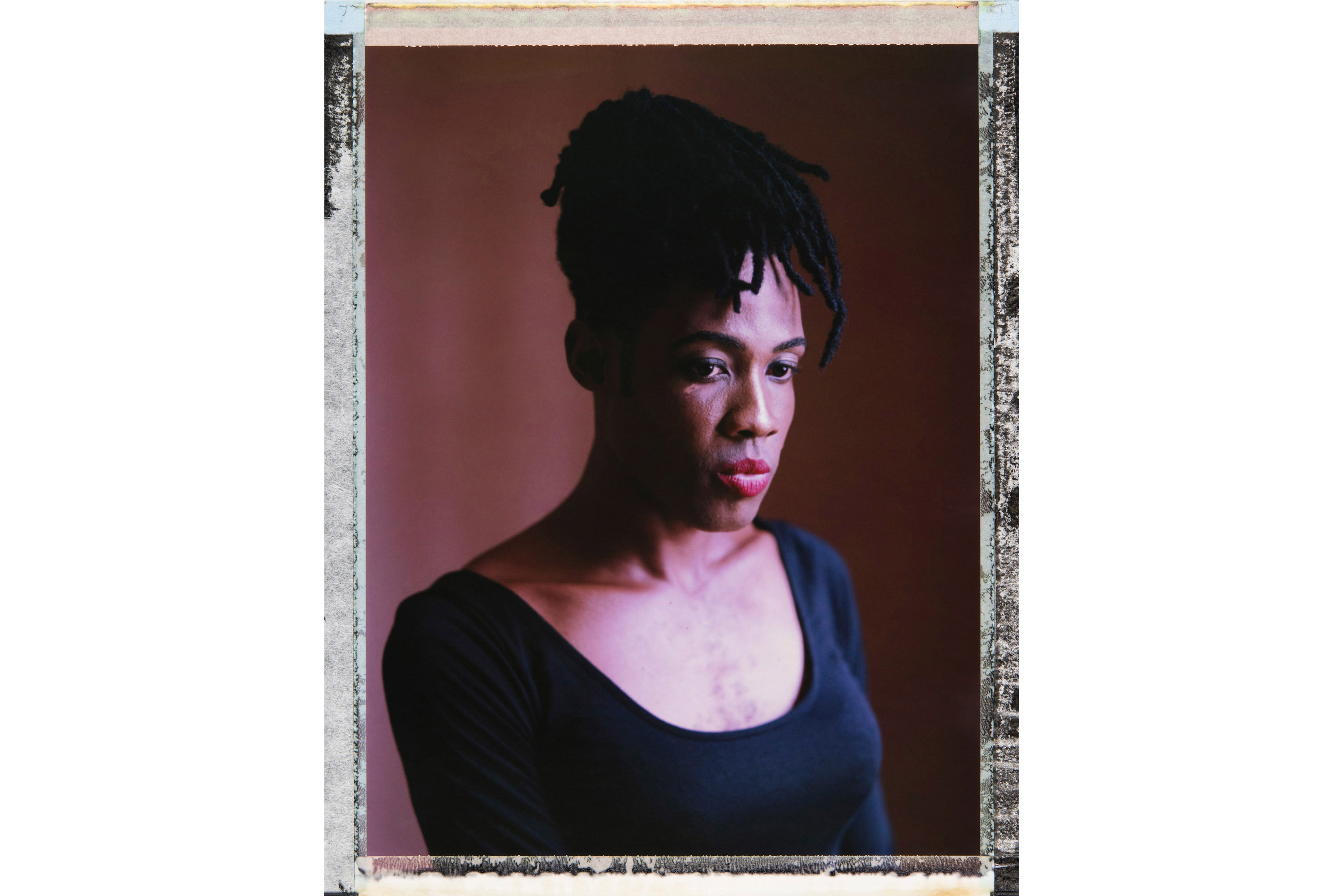 Angel (38, not real name) is a transgender woman and a performer. Because of her gender identity and sexuality, she says she has been kicked out of home, lost jobs, been the target of hate. “I was naturally born feminine and my parents and family loved me so much. But, when they realised my sexuality, everyone started to see me as evil. I was taken to churches, special places, because they felt I was possessed.” 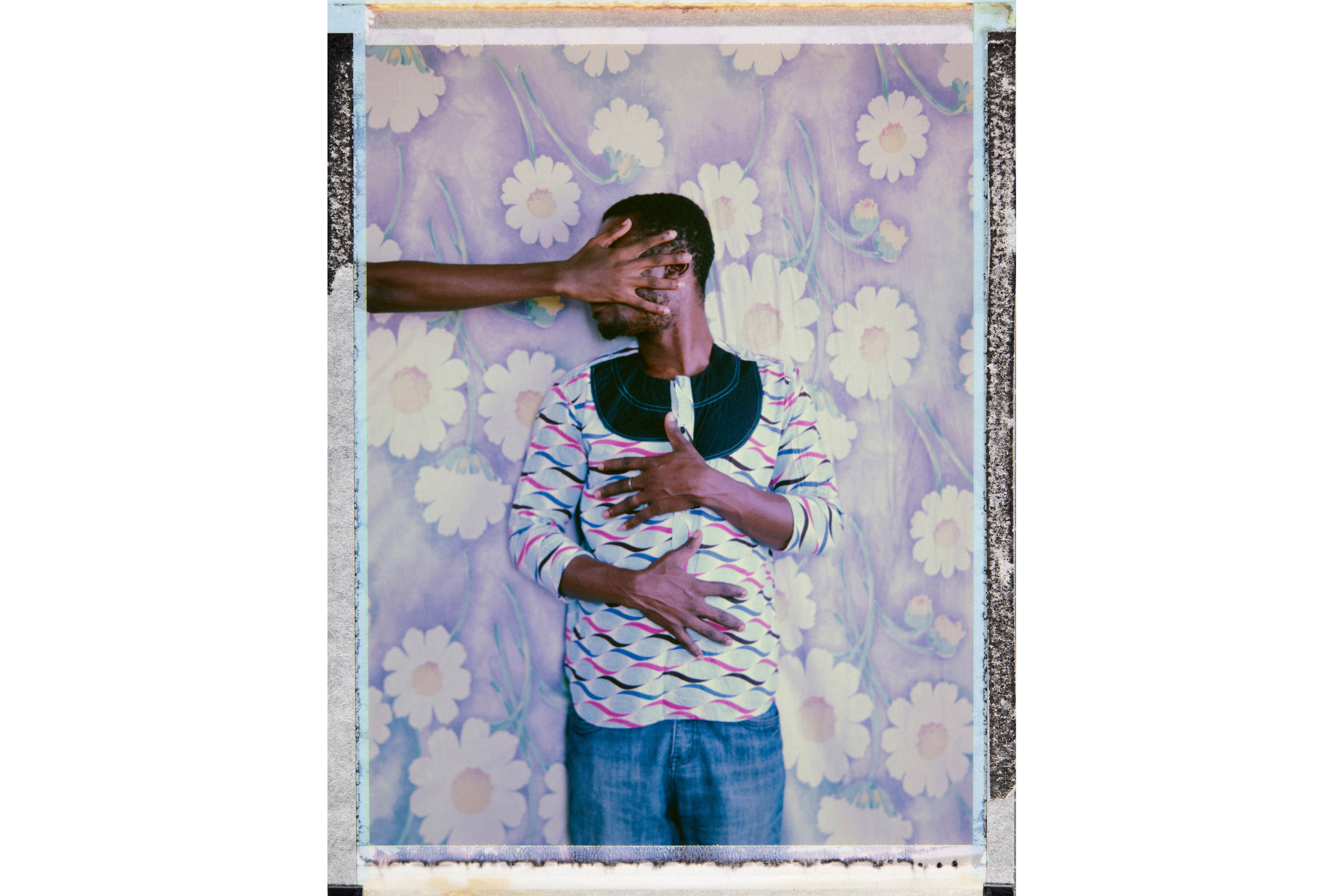 Annobil (41, not real name) is a gay man and an LGBT healthcare advocate. He says he has been attacked and forced to relocate many times because his community suspected him of being gay. Annobil is HIV positive. He recounts when he was first tested. “I didn’t know anything before I get a test… The first day I went to do that test was not easy because it was really, really, really, hell. But after they done the test, it said I’m positive, I said it’s okay.”

Despite the difficult experience, Annobil says he has hope of living a full life. He says that it isn’t HIV that is the real threat, but the stigma of being LGBT and the stigma of being HIV positive. He says that health providers need to provide care and not stigmatise HIV positive men who have sex with men. The stigma from them leads to people staying away from the health centres, which leads to people becoming sicker.

“Stigma is killing people in our community because… people point fingers at him that this is who you are. So the stigma alone are killin’ us. And we decided that we need to change our attitudes toward the MSM people or the positive ones. Because we all human being. If we are positive, that doesn’t mean you world is at end. You have life. So the nurses should rather help us so that we can get care from them. ’cause when I go there you don’t give me care, then better I stay home and die ’cause I don’t want anybody to know. So if I stay home and die, I’m gone.” 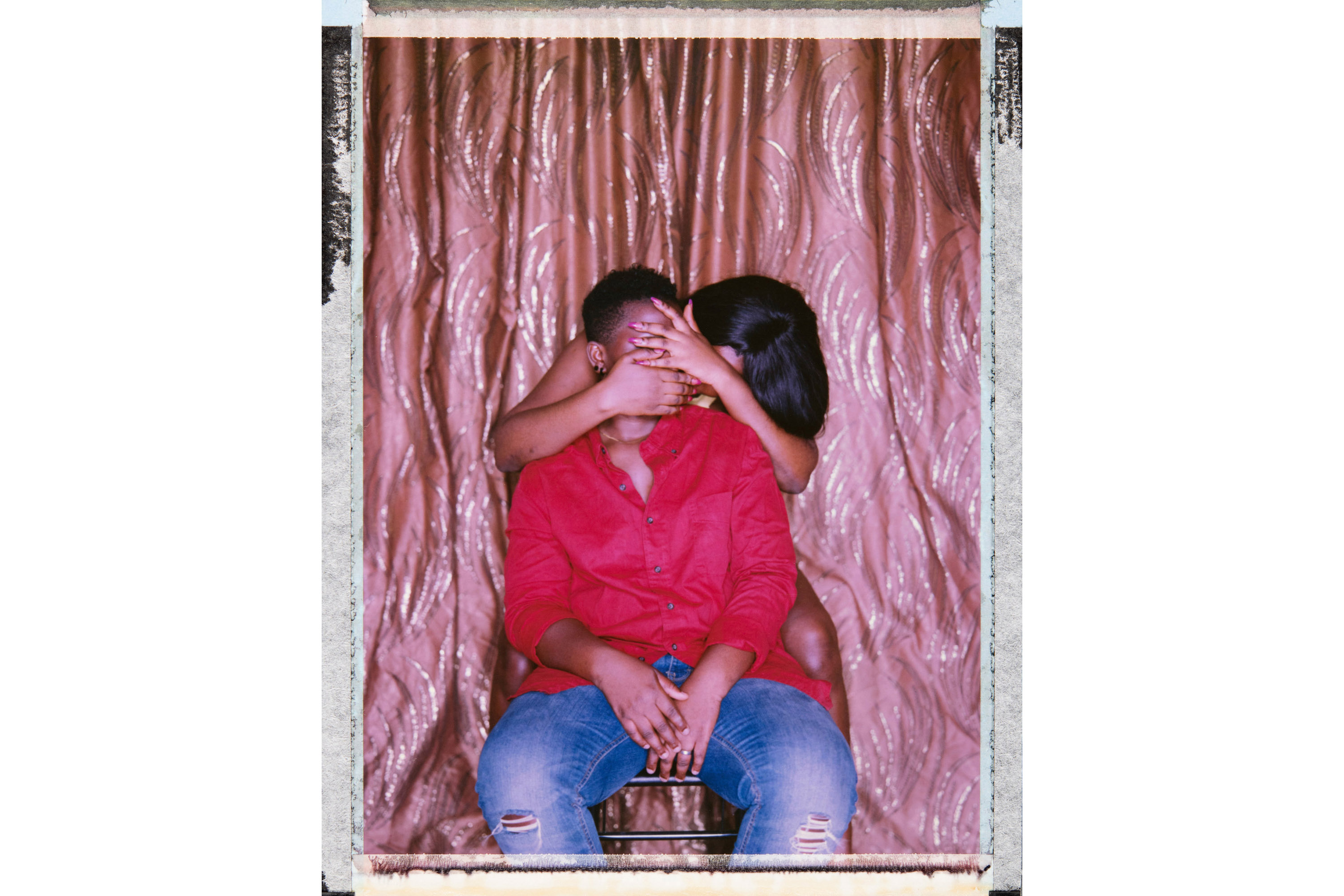 Transgender man Akosua (25, front) with his girlfriend Cilla (22, back) (not their real names), a bisexual woman. Cilla was blackmailed by a former boyfriend after discovering pictures of her with women. Cilla sunk into a deep depression and tried to kill herself. Her father prevented her. Akosua was raised in a traditional Muslim family, his father is an Imam. After attending a lesbian wedding in another city, he returned home to find out pictures from the event had been sent to his family. “One of my brothers slapped me first, and I was like, ‘Why? Why did you slap me for? What?’ And he’s like, ‘What is this? What disgrace have you bring to our family? Why would you go to a girl’s wedding with all the lesbians and stuff? Why would you do that?’ My two brothers started beating me up.” After this he fled his hometown. 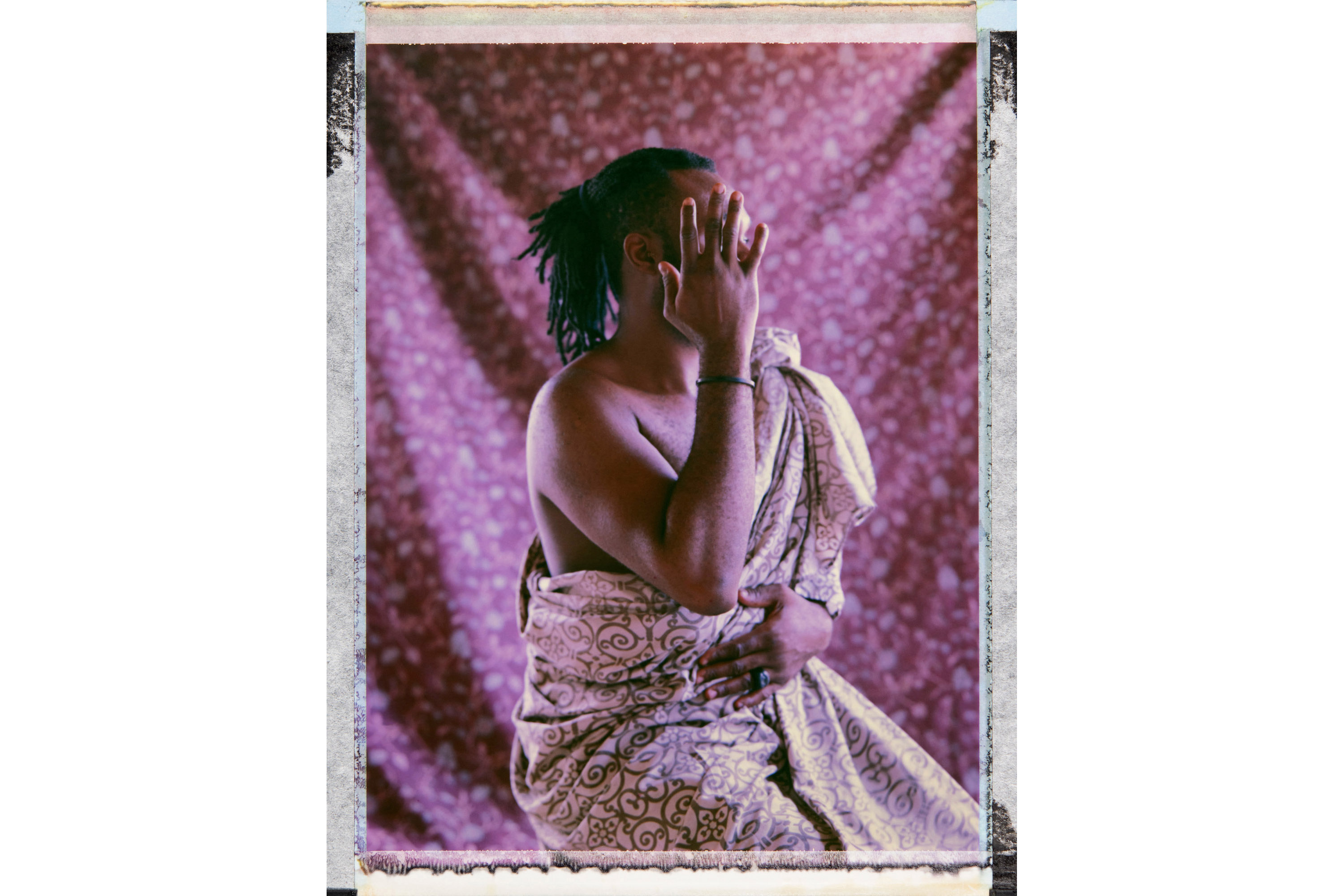 Delicious (30, not his real name) is a gay man who says he doesn’t feel safe in his own country. When walking with friends one night, they were attacked by a gang in the street. They were able to escape but when they reported the assault to the police they were ignored. “I reported to the police and the police was like, ‘Wow. So you’re gay?’ You know, instead of them listening to what happened to me, they didn’t. But was their head, ‘Okay. It’s a gay issue.’ They were like, ‘Alright. So if you are gay, so be it. Then fine.’ My issue was brushed off. They didn’t even do any follow ups. They didn’t even arrest those who attacked me. So I don’t feel safe. I don’t feel safe, more times. You need to be doing your things indoors, always.” 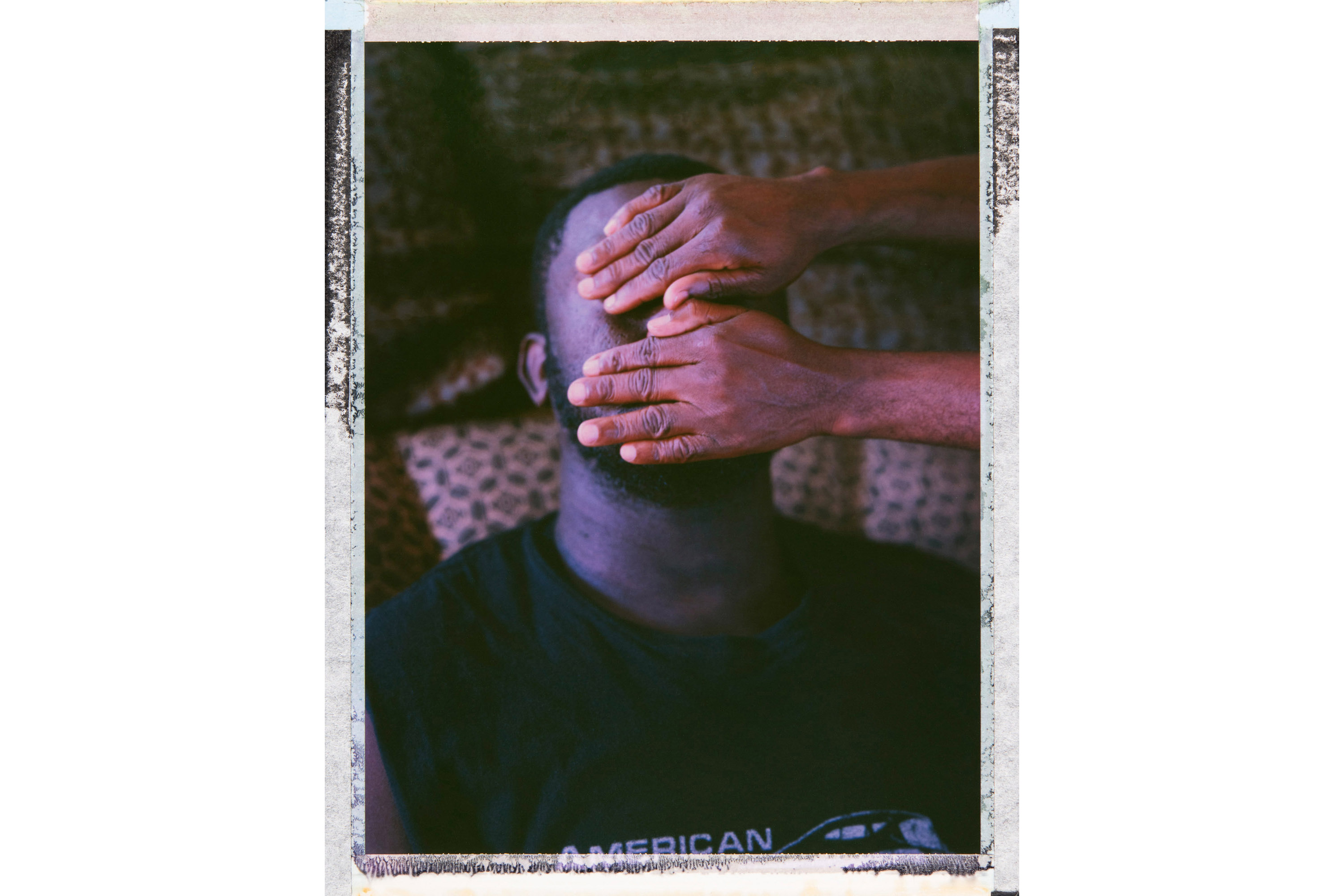 Alex (30, not his real name) is a gay man. He relates how he was raped by a friend and another man on his birthday. After going out for drinks, his friend took him home where another man was waiting. The following day he says he was left physically and mentally hurt. “After I was abused by my guy and his friend, even though I had pains down there seriously, but I didn’t think of going to the hospital or the clinic to check for HIV test or something because at that time I was naïve. I didn’t know much about it. And I trusted him that he wouldn’t contract such sickness.” 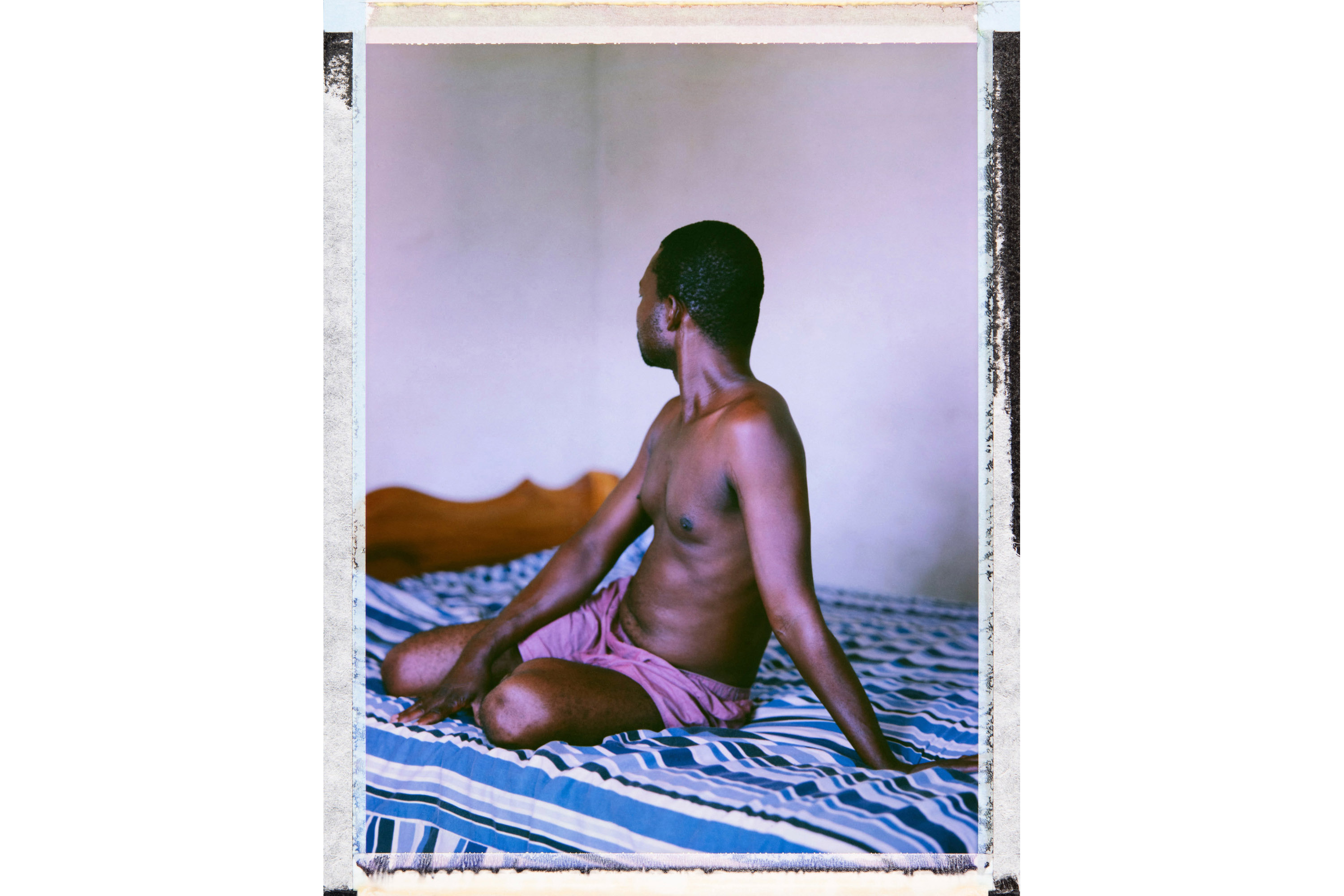 Explaining why he didn’t want to show his face when being photographed he says: “If you are even diagnosed HIV, you can even lose your job without them not telling you that because of this that your job is being taken away from you. They find a way, and then you are off. So that is why my face need not to be shown.” 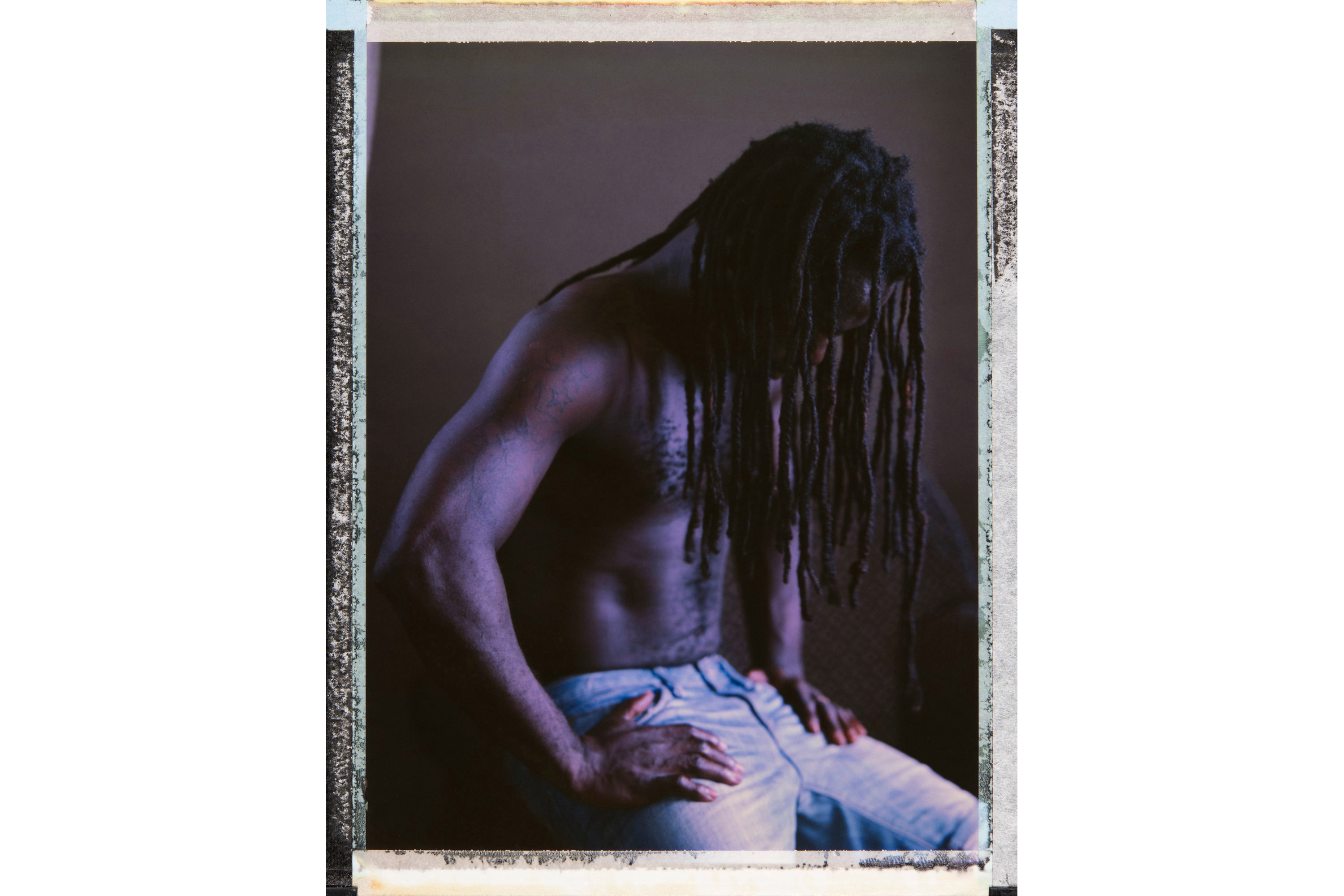 Prince (32, not real name) a HIV positive bisexual man. Prince got tested for HIV after he learned that his friend, who had AIDS, died. Prince has been on ARVs (antiretroviral drugs) for the last four years. ”My gay friends doesn’t know I’m HIV because of here in Ghana here, we like talking. That’s why I didn’t share to anyone”. 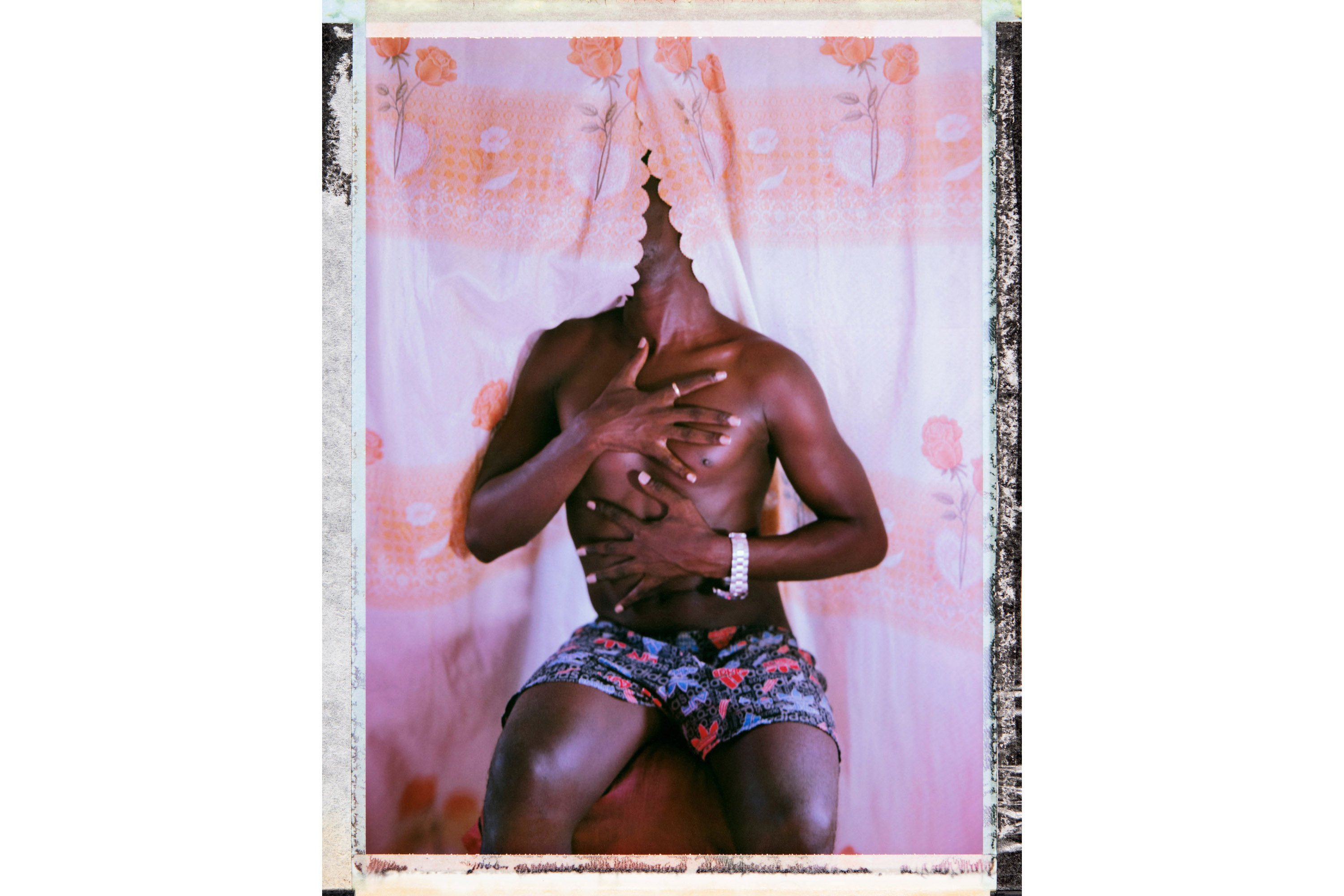 Biggy (23, not his real name) is a gay man and a student studying political science. One night, when leaving a party he and some friends were confronted by a group of men and Biggy was questioned about the way he presented himself. “They say that ‘why are you behaving as if you are the others, opposite, female’, and then, ‘you are guys, why are you doing that? Why don’t you go and play football and all that things?’.” When they didn’t respond the men attacked them.

“They starting using weapons to hit us, some of the guys were having wood, and all that weapons, which can cause harm to us. But, as we were shouting, because they were beating us, a woman came to our aid. And then the woman rescued us.”

Talking about why he can’t be open about his sexuality he says “So, coming out boldly would be a problem and, even if you do, you must have the courage and do that. You either lose some of your friends, you work and people pointing hands at you and call you a sort of name. And you can even lose your job in Ghana.” 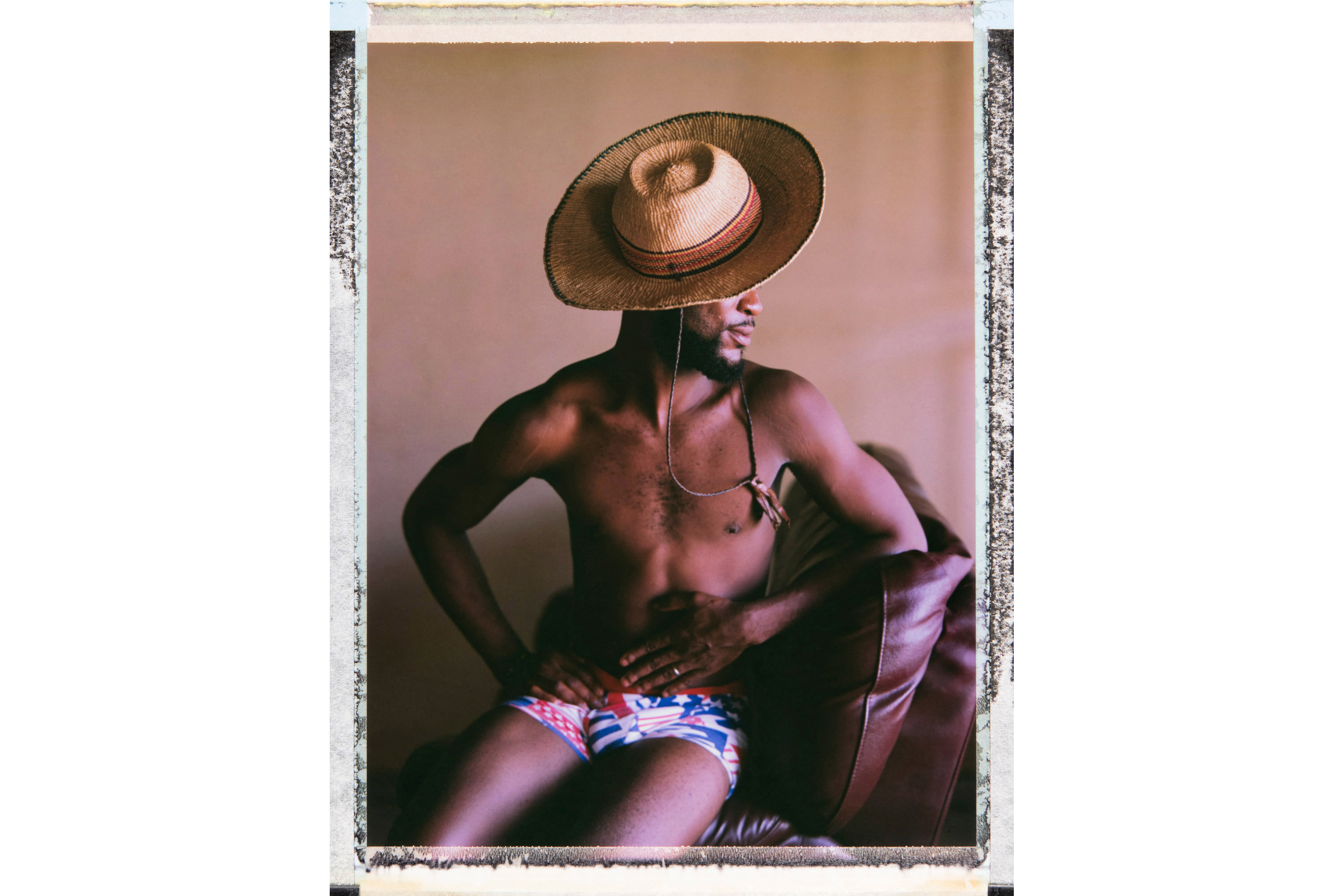 Effery (not her real name), a transgender woman, grew up in a religiously strict household. Her family was suspicious of her sexuality and gender identity so she learned to act differently in public and in private. “When I’m outside the house I have to pretend I’m the boss. I need to walk more masculine, not very feminine, like the way I feel when I’m in the house. And the way I talk too sometimes when I’m out, I have to be very careful because when you start talking and you start being all fabulous and all gay, they’ll raise eyebrows. So when I’m out there and I’m talking I need to talk straight. I need to act straight.”