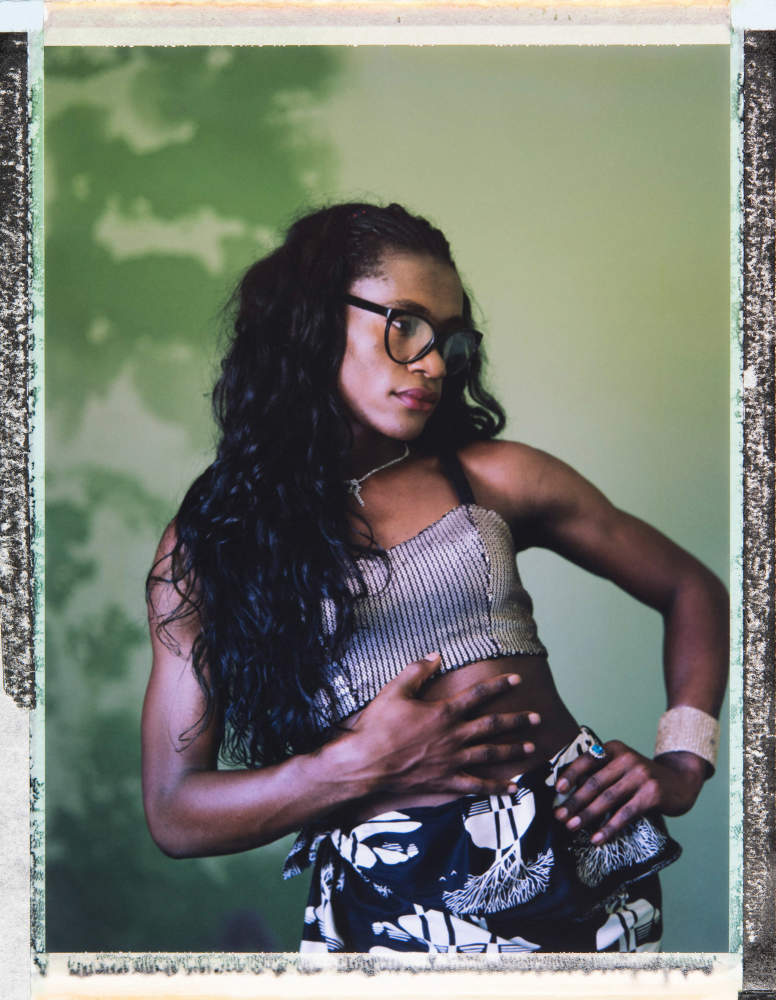 
Tyfane is a transgender woman. She talks about growing up – “I lived my entire childhood listening to offensive words from my parents, friends, classmates, neighbours.”

Tyfane works as a peer health educator teaching safe sex. She knows that transgender women are in a high risk population for contracting HIV, especially those who do sex work.

However, to survive she also has sex for money. “In order to survive, I would not say that I do sex work. But there are … certain opportunities which appear that … take it to an extreme. If I’m broke indeed, I’ll do the sex work. But my routine is not about sex work.” 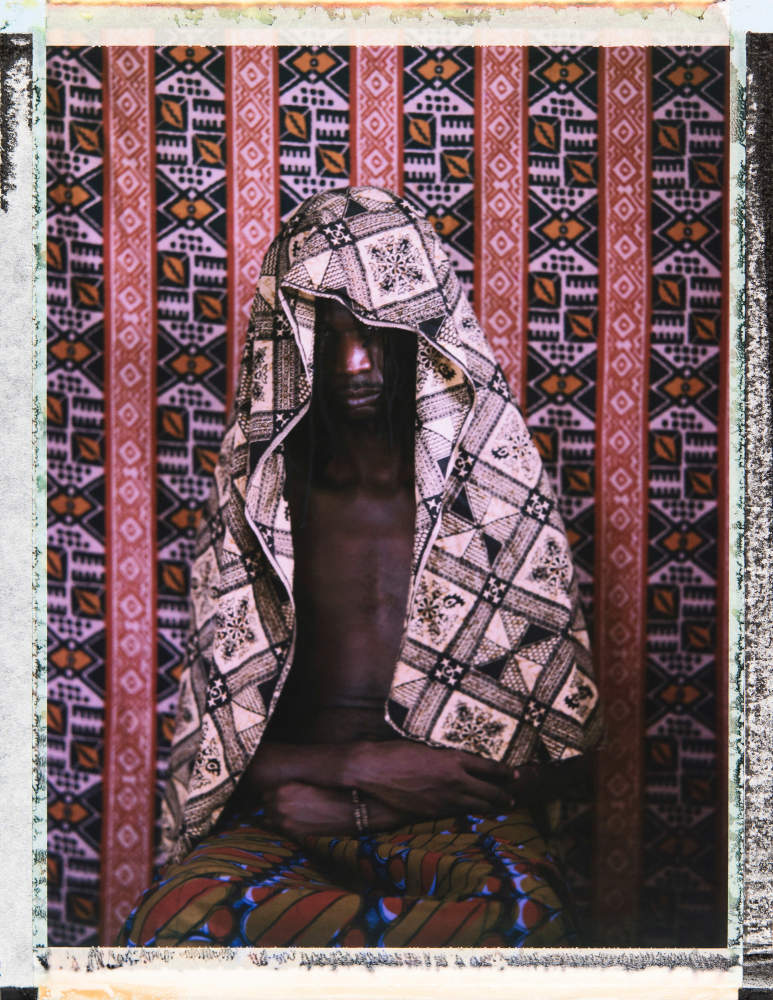 
Mr. D (32, not his real name) grew up in a conservative and religious family where carrying on the family name was important.

Mr. D was married to a woman and they had a child together. They are now separated. His ex-wife knows about his sexuality, but many in his family do not. 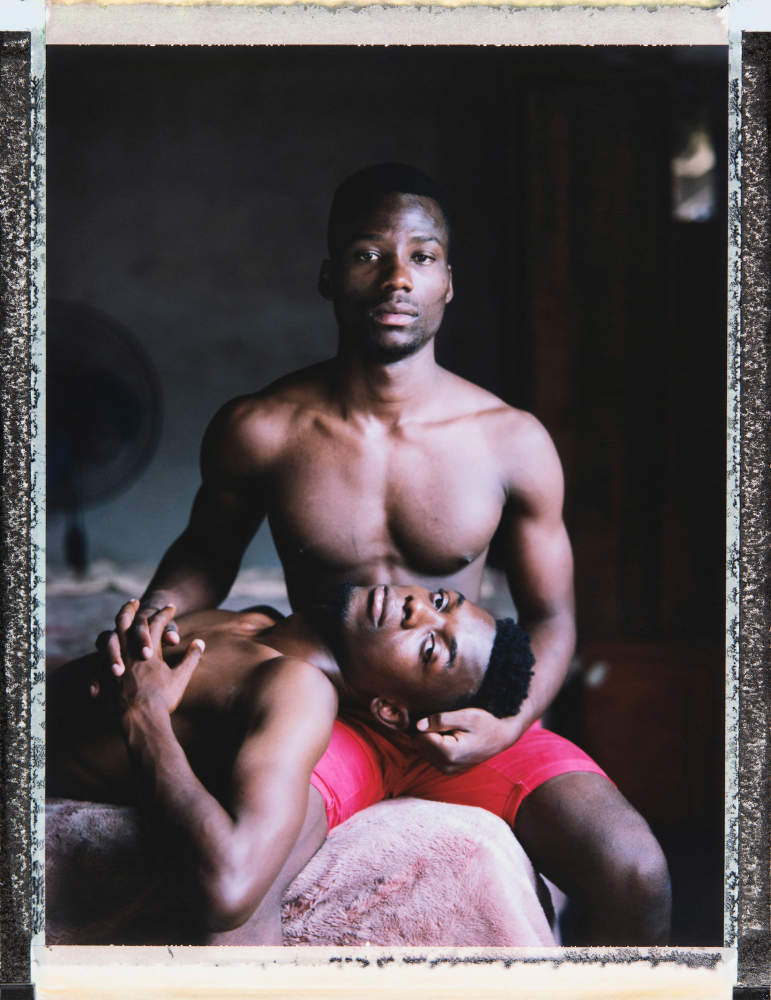 
Gay couple Avelino (23, right) and Neston (25, left). Neston’s family did not approve of his homosexuality. Avelino, by contrast, was accepted by his mother when he came out to her.

Avelino recalls when Neston had a fight with his family. “‘Why don’t you come and live with me, let’s live together in my house’ and he asked ‘Are you serious?’ and, because of what my mother had told me before, I said ‘Yes'”.

Avelino’s mother welcomed Neston, but his father did not know about his son’s sexuality at the time. “It was a huge shock when he found out, we had already been going out for about six months when his father found out exactly what we meant to each other. It was such a big shock that we spent about two days out in the street… The whole family here had a meeting, in a weird way, a big confusion and everyone, brothers, nephews, everyone revolted against my father ‘He is everything, he works hard in school, he works hard in athletics… What difference does it make?’ I still get emotional when I remember that my father sat with us, apologised and asked him [Neston] to live with us.”

But not everyone has been so accepting. When a photo of Avelino and Neston kissing was posted on facebook, Avelino, an international track athlete, lost his spot on the team. “They were made aware of my sexual orientation, they stopped summoning me for international competitions… To let go of the Mozambican Athletics Federation in order to live what I am, who we are… I do not regret anything, if I had to go back in time and do something different, I would not do anything different, I would do everything the same.” 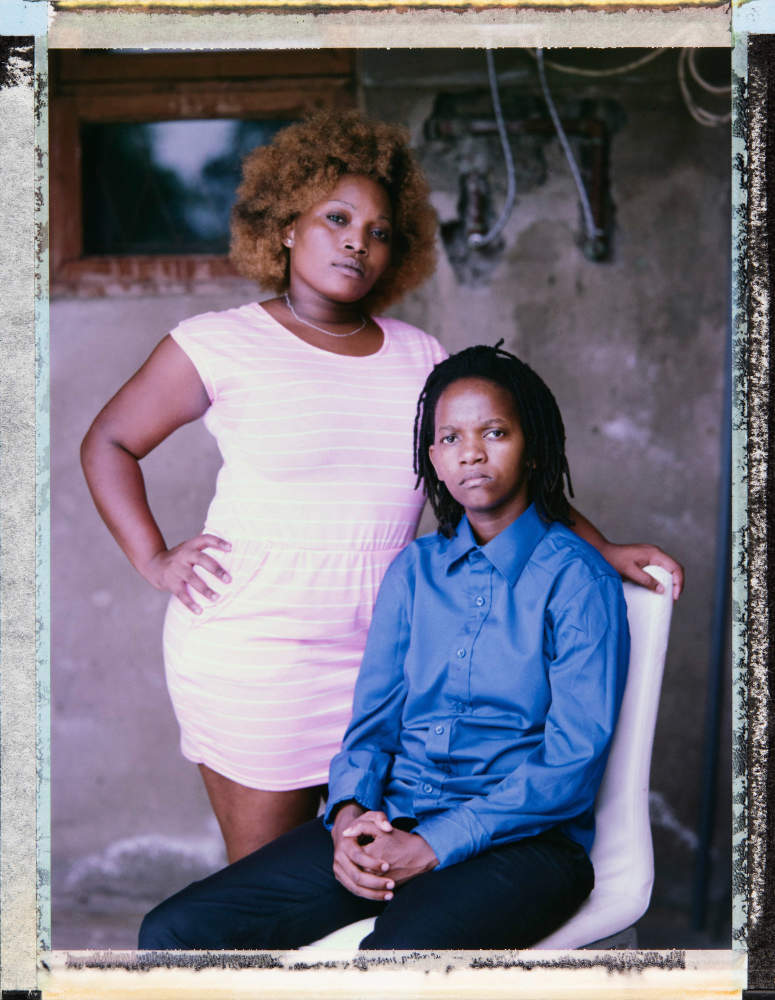 
Claudia (24, left), a lesbian woman, and Jo (31, right), a transgender man, who have been in a relationship for over five years.

Jo explains what happened when Claudia’s mother discovered their relationship.

“She was expelled from the house and I had to take responsibility and take Claudia to live with me at my parents’ house.”

Jo’s family took in Claudia, two weeks later her family began to soften. Jo says “Claudia’s mother asked her to come back home and expressed an interest in getting to know my family, this is what happened in the same year. From that period until here, both her family and my family, our relationship is being respected by all of them.” 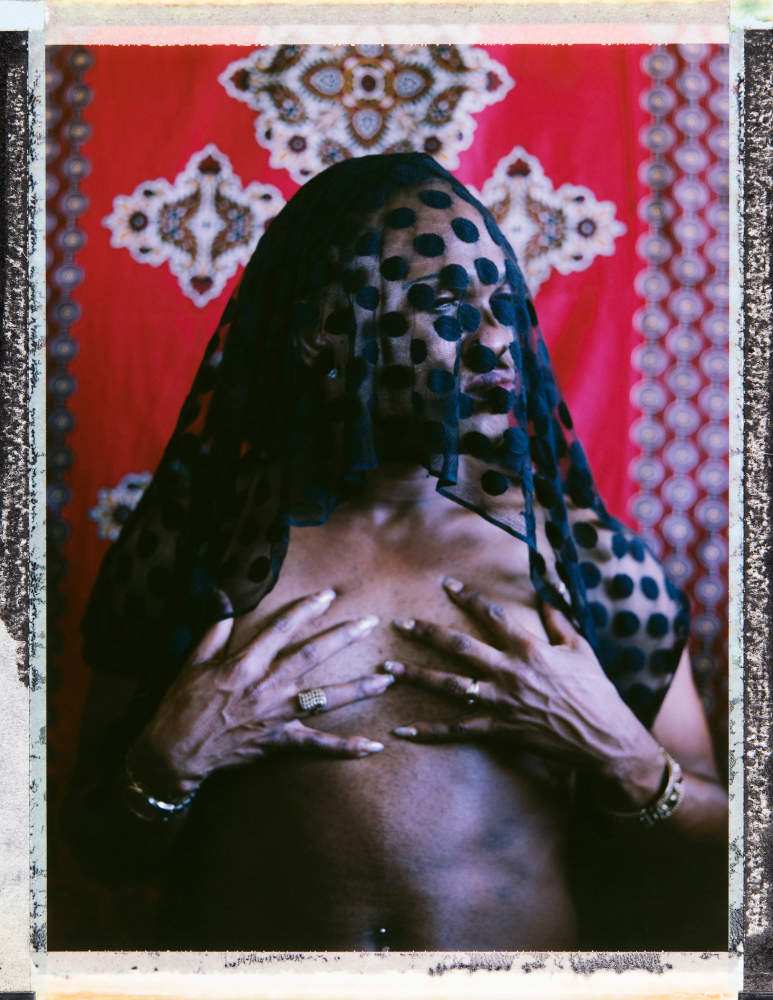 
Sheila (35, not her real name), a transgender woman, left Mozambique to find work in South Africa after being told working conditions were better there.

In South Africa, because of her gender identity she could not find work and turned to sex work to survive. “What was most difficult for me about this work was that sometimes I had to subject myself to having sex without wearing a condom because the clients said they would pay more if I didn’t wear a condom and at that time I had no information on what not wearing a condom was, all I was thinking about was money, I wanted money, I didn’t know the risks I would be running.”

One of her clients offered her a place to stay to stop doing sex work, however she found herself trapped in a physically abusive relationship. “I suffered a lot of violence, physical, verbal and psychological because if I said anything he would say ‘don’t forget what I took you away from, don’t forget where you came from, you must always remember what I took you away from'”

After one year she returned to Mozambique where she learned she was HIV positive. Now Sheila is a activist educating other transgender women about how to be safe and how to live with HIV. 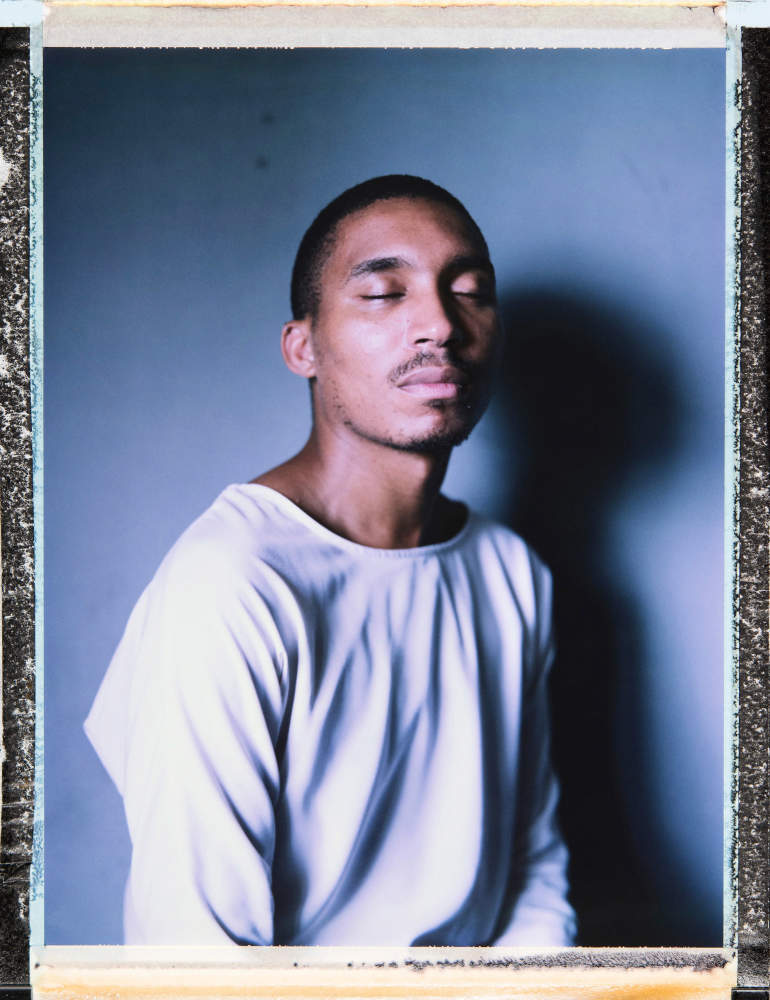 
Frank Lileza (26) came out to his grandmother when he was eight years old. He recognises how fortunate he has been to have a family that accepts his sexuality.

Many from the Mozambican LGBTQI+ community are ostracised by their families. Wider society has not been as accepting. 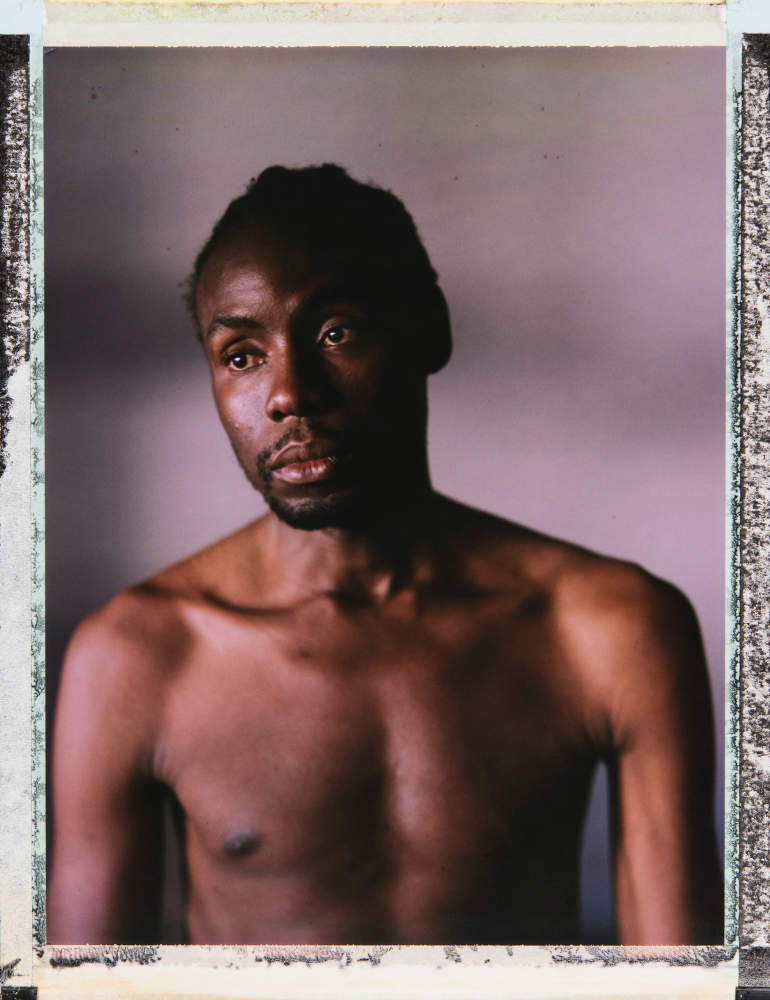 
Daniel (40) was afraid to come out to his family, fearing he would be ostracised.

However, when he did he learned he was one of the lucky ones, his mother accepted him.

“Thanks to my mother, I live freely without bias to my orientation. Today I can say, I’m happy.” 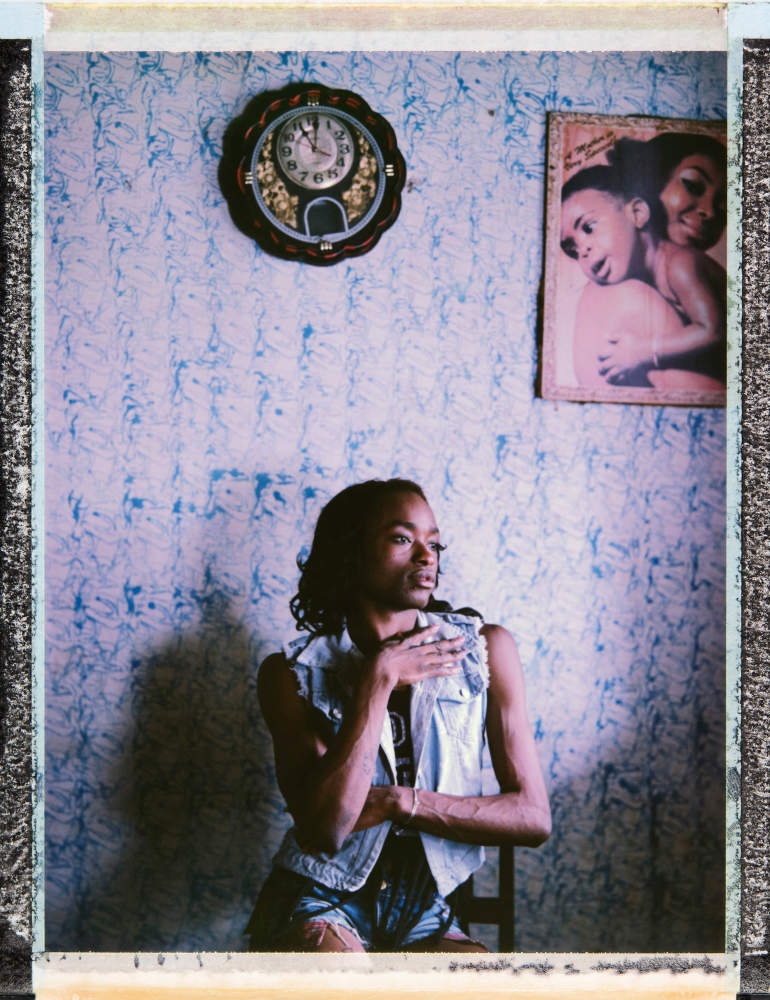 
Kiria (24) is a transgender woman who says she’s been clear about her gender identity since she was 10 years old.

Rarely amongst LGBTQI+ Mozambicans, she was accepted by her family. She hopes to get married and have a family.

Mozambique neither recognises her as a woman nor allows same sex marriage.

“I intend to get married abroad, and here in the country have children. In this case the children I want to have will be adopted and be happy.” 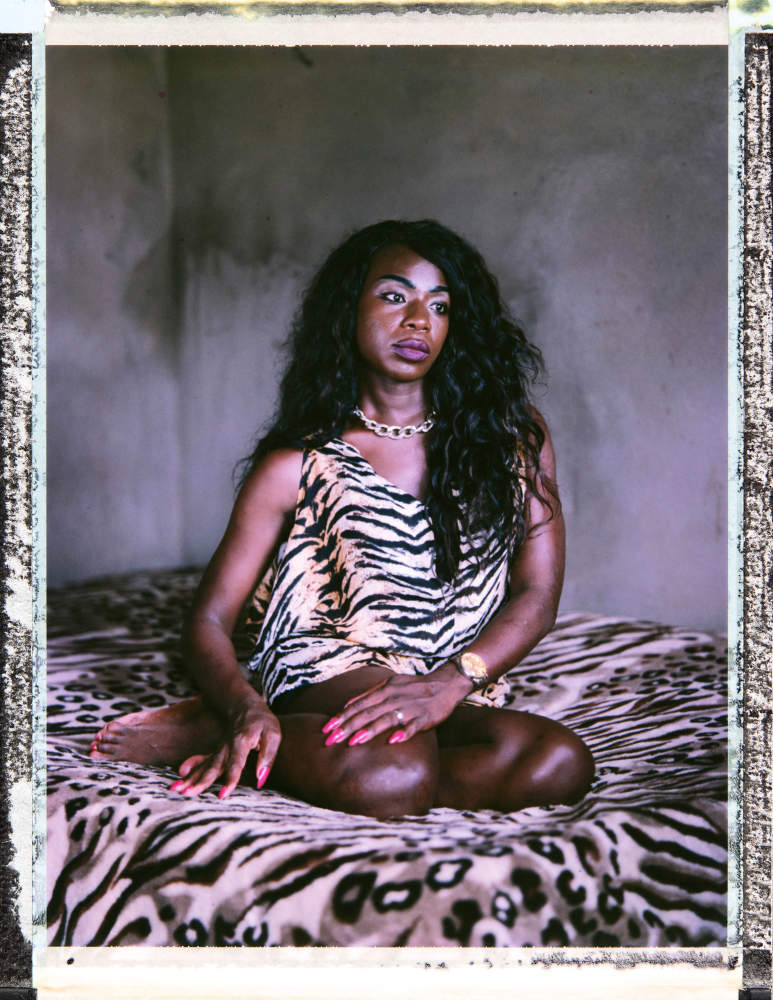 
When Jennifer (26), a transgender woman, returned to her mother’s home after living on the streets, her mother told her to get tested for HIV.

“My mother told me that I had to take a test at the time. I did not take it very seriously, but I knew that I got involved with people infected, who I had sex with …those people using no protection.”

Jennifer tested positive for HIV, but she could not tell her mother. “I was ashamed of it all at that time I was going to get more medication then I gave up on medication. I stayed like that some more time. It was always that thing into me I always had a doubt, as if I was not well.”

She explains why she stopped. “I was afraid and ashamed that one day somebody would discover that I was HIV-positive.”

Off her medication, Jennifer became very ill and had to be hospitalised. “During the two months I was ill, I was hospitalised, I lost my life expectancy. I thought I was really going to die. I did not even have some hope.”

From near death, she made a remarkable recovery. She now takes her medication regularly. 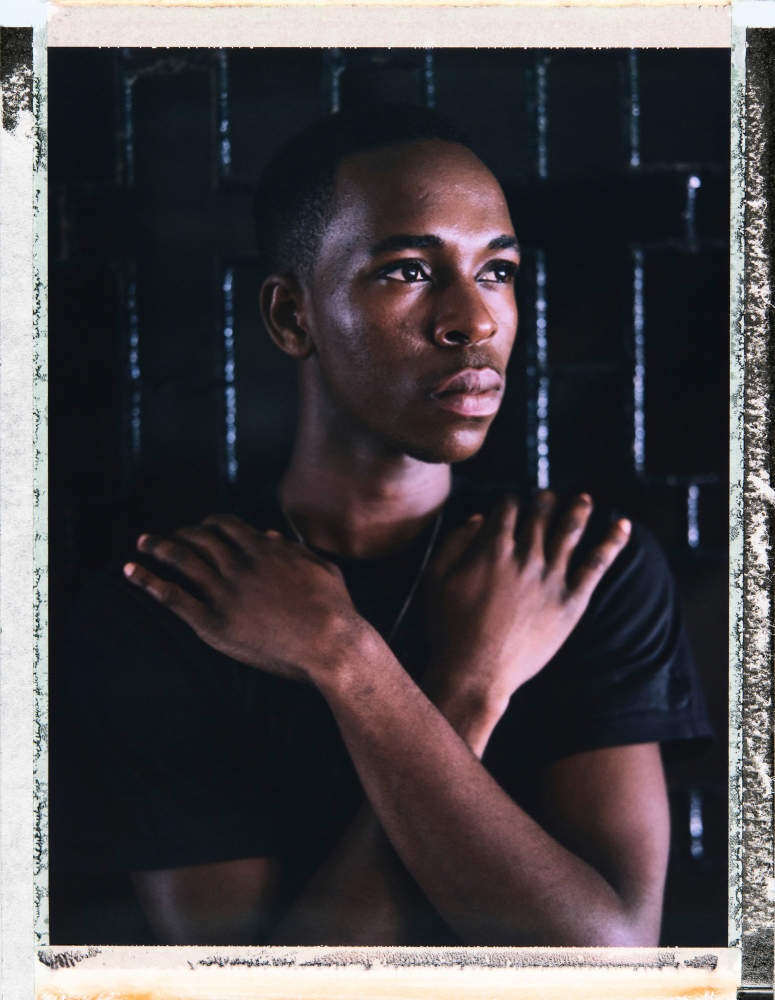 A week later he returned to church, but the pastor called him over. “He told me that I had the evil spirit of homosexuality. They tried to shape my mind. They said I had to go there every Monday at 10 o’clock for advice, so that it would leave me, because that was an evil spirit.”

As well as removing the ‘evil spirit’ the church tried to isolate him form the LGBT community by destroying his SIM card. As much as he loved the church, in the end he left realising they would never accept his sexuality. 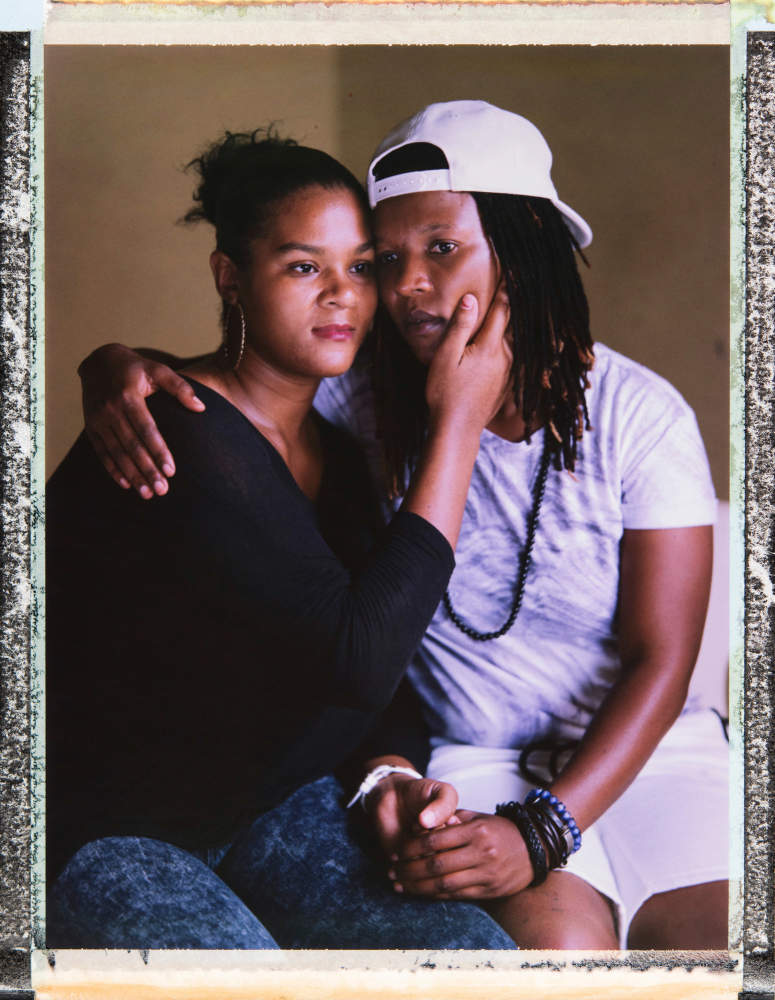 Becky’s family knew her sexuality and was accepting of her relationship with Katia. Katia’s family was not.

Becky said “It was a surprise, because the family was not ready. Her family said she’s a woman so she had to raise a family with a man.”

When Becky went to South Africa, Katia’s family encouraged her to date a man, thinking she needs a man to have a family and be provided for. When Becky returned to Mozambique they returned to their relationship.

Becky says to Katia “Let’s raise a family, have our things, and show to the world that two women are capable too. It’s not just a man who can give a woman a good life. We have strength too, we have determination, so let’s go ahead”. 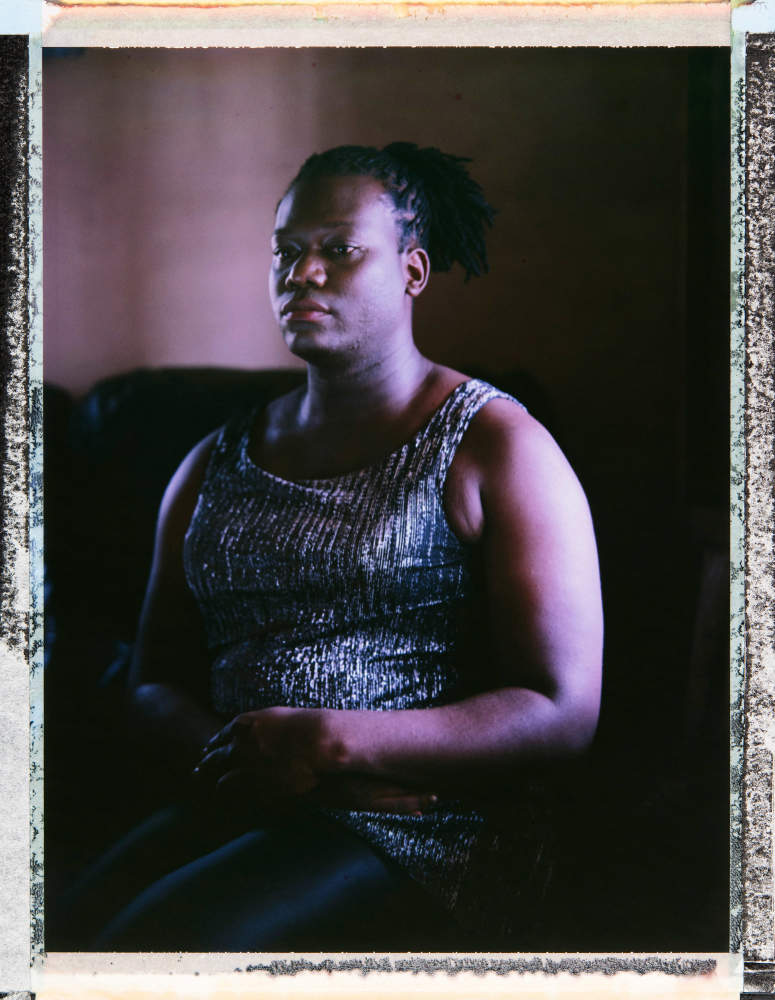 
Pepetsa (23) is a transgender woman and a sex worker. She came out as gay while in school and as a result faced discrimination from her community.

Now as a trans woman, it is difficult for her to find work and she, like many transgender women, does sex work to survive placing her at a greater risk of contracting HIV.

“I’m really, really afraid of HIV, but because of the money I get and the difficult access to jobs… to the work and employment, right? I have to expose myself and run risks. I have to fight this fear.” 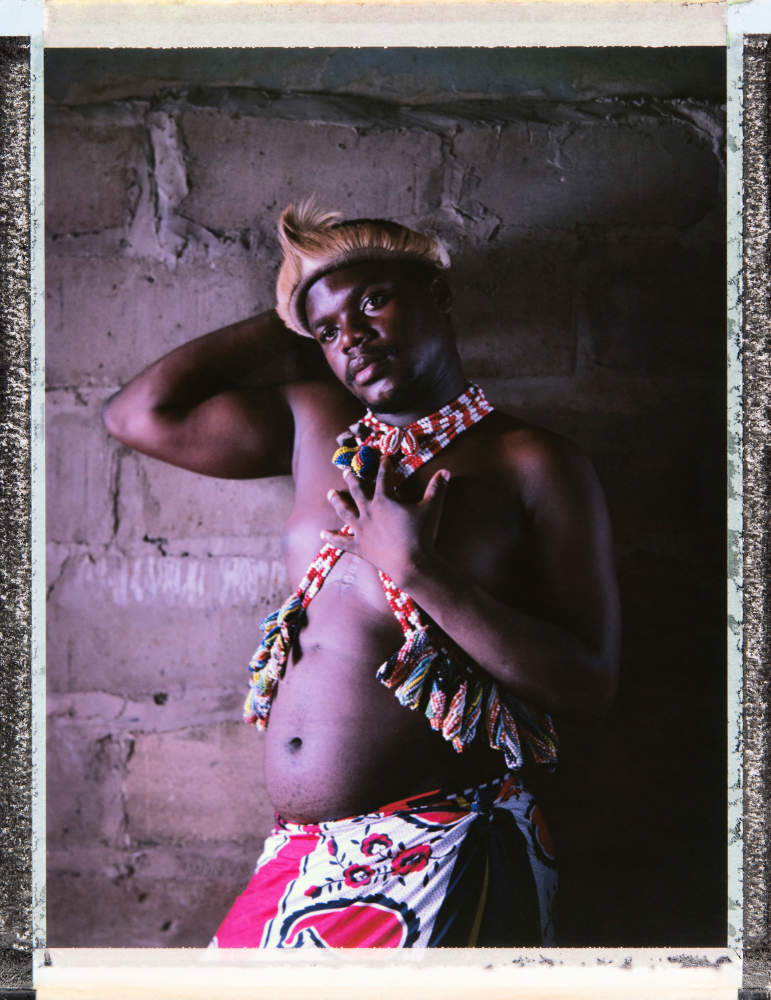 
Avelino (24) bisexual man and a traditional healer. When he was 22 years old he discovered he is HIV positive. 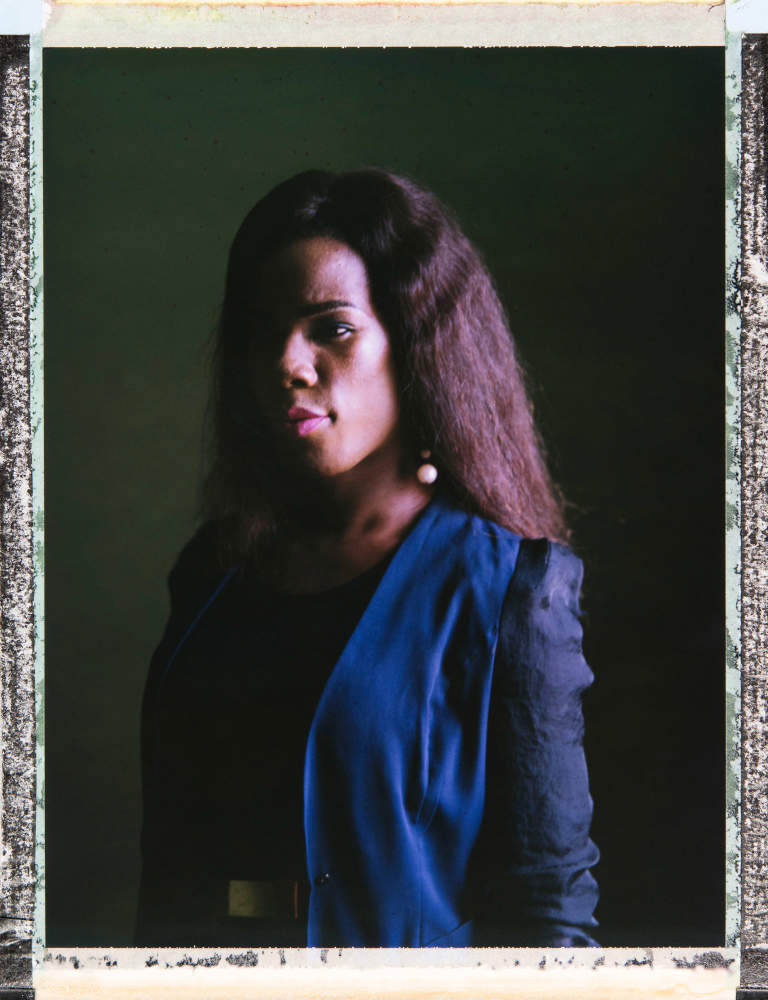 Many in the Mozambican LGBTQI+ community site stigma in healthcare as an impediment to transgender women seeking treatment.

Drica has experienced this first hand. “When they called me there, the documents on the form they called Alfeu [Drica’s birth name]. And to me this is a very ugly thing, it’s a very boring thing. They called me a name, that name … that name for me is very painful. I’d rather have them call me Drica.”