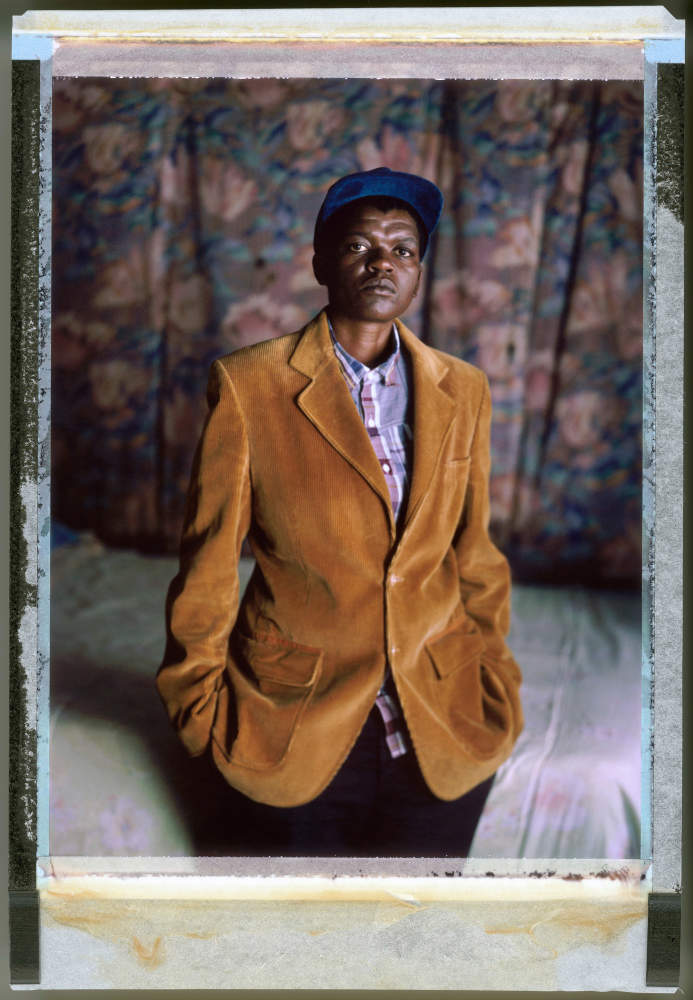 
28 year old Amanda (not her real name). In 2007 Amanda was out with a friend, she went to buy cigarettes and started walking back to her friend’s house. A man approached her and said he would show her a shortcut. He asked if she was a lesbian “do you date girls?” he said and Amanda said “yes”, the man pulled out a gun, put it to her head and said “I’m going to show you are not a man, you are a girl”.

He dragged her behind some toilets pushed the gun to her temple and raped her. “I was scared. I thought he was going to kill me” she said. When he was finished, he ran away. “After that. I hate guys,” says Amanda.

The rapist was arrested and sentenced to ten years in prison. “God has helped me to get over the rape, but I’m still afraid. I don’t go out at night.” 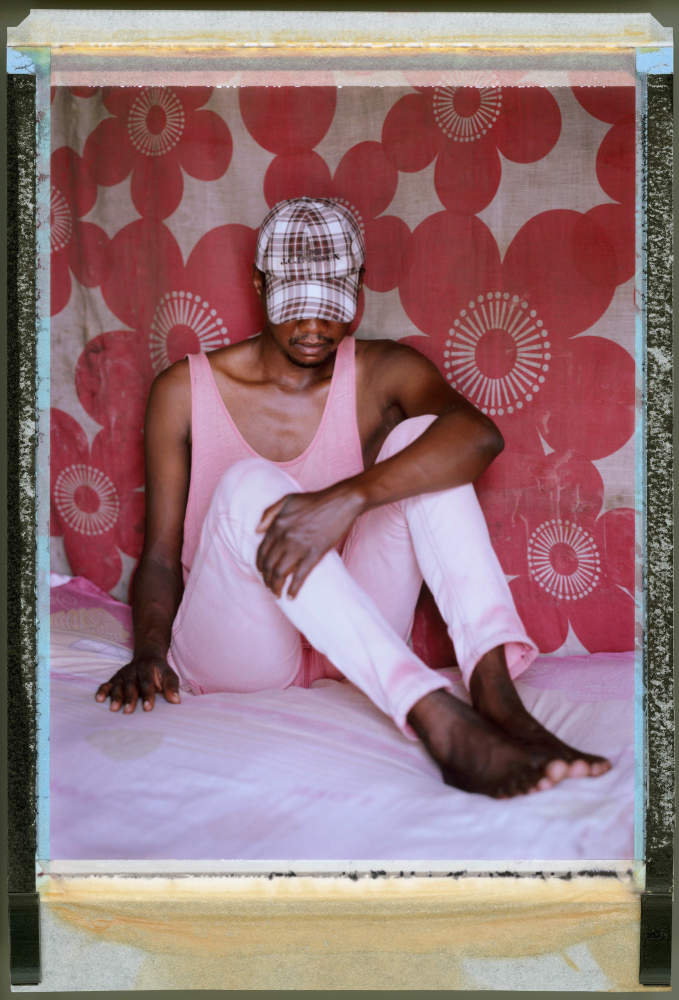 
‘B’ is a 32 year old gay man from Kenya. In 2008 he met David on a beach in Mombasa, “It was love at first sight”. That same day David proposed to ‘B’. They decided to meet ‘B’s’ parents so he could ‘come out’ to them. It was a difficult meeting full of shouting and arguing. ‘B’s’ parents would not accept his sexuality.

‘B’ and David decided to go ahead with the wedding. They planned a pre-wedding party. At 8pm, as the party was getting started, they heard shouting from outside: “Kill those shoga (gays) they are doing what is not African”. ‘B’ looked out the window to see more than 10 people outside shouting. They were lighting Molotov cocktails. ‘B’, David and their friends, ran outside and jumped over the fence to the next building.

They looked back to see their house on fire. The next day ‘B’ went to work. While there he received a phone call from his neighbour telling him David was in hospital, he’d been stabbed in the chest. David was severely injured, but survived. His family took him from Nairobi to Mombasa.

‘B’ had to leave his job and went into hiding. He knew he was being looked for. ‘B’ had heard that South Africa was a safe place to be. Fearing for his life, he organised as quickly as he could a visa, and flew to Cape Town. Life in South Africa was not easy though. ‘B’ faced xenophobic and homophobic abuse.

His work permit expired while he was ill and the South African government has refused to renew it. He lives in poverty in a tin shack in a township in Cape Town. He says he frequently has dreams of David. 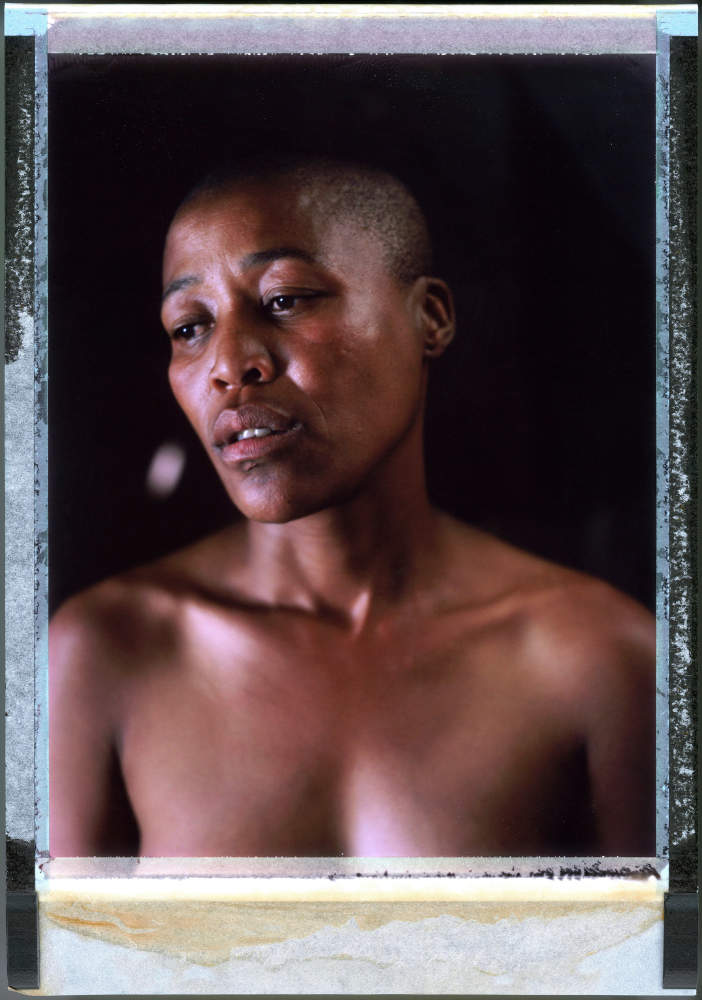 
35 year old Milli. She went to stay with a friend in April 2010. While waiting for her friend to return home, she went to the landlord and asked for a light for her cigarette. He dragged her into his shack and said: “You think you are man! I’m going to make you pregnant and I’m going to kill you”.

He strangled Milli with a piece of wire until she lost consciousness “and then he did what he was doing, for hours!” “I tried screaming”. Neighbours eventually kicked in the window and held the man until the police arrived.

The police arrested him but he was released on ZAR 400 bail (around USD 40). He didn’t appear in court for his hearing. He was on the run.

Free Gender, a black lesbian organisation, based in the township of Khaylitsha searched for the rapist by posting pamphlets. It took a year to find him. When asked why the police didn’t search for him, Milli says: “they don’t have time to listen to you when you go to them, when it comes to homosexuals, they take their time”. “I just thank God that I am alive. I thought I was going to die.” 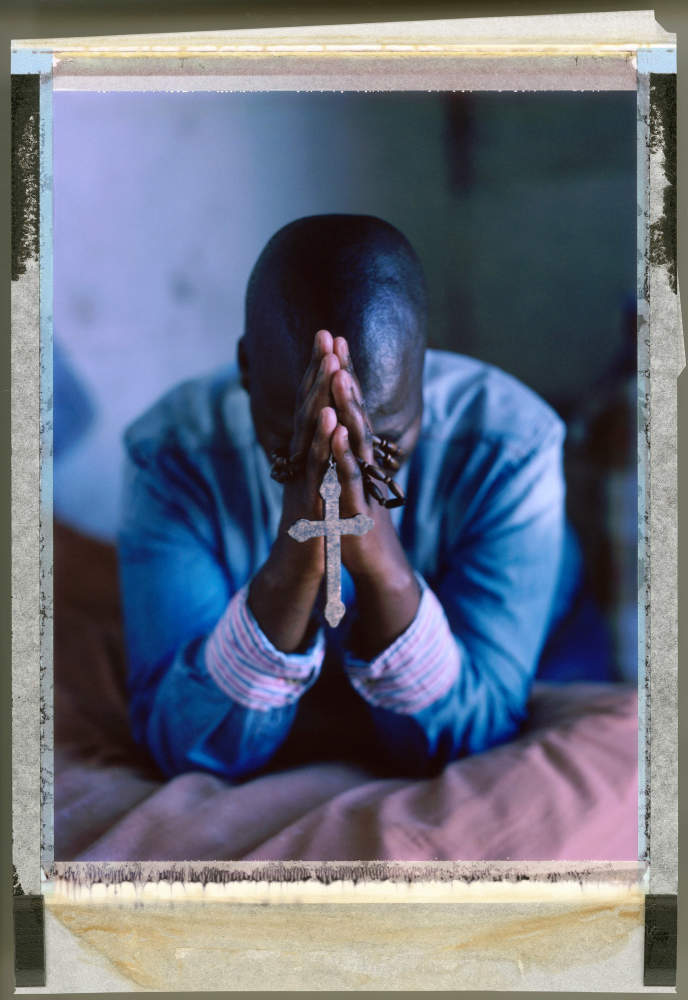 One resulted in her leg being broken and in another, she fended off a man who attempted to rape her. On all three occasions, homophobic abuse was thrown at her and used as a justification for the attack.

“You must stop acting like a man” one attacker said, “you are taking our girlfriends, you don’t have a dick. It’s a piece of shit that you are doing – come let me show you, cos you never got it (sex)” another said.

Lindeka says: “my best best friend was raped and killed because she was a lesbian. He knew she was going to tell. So he killed her.” “I’m afraid every night. I don’t know if there is someone out there waiting for me”

“I don’t trust any men, it seems to me they are all the same, they may seem friendly, but inside, they are full of evil.” 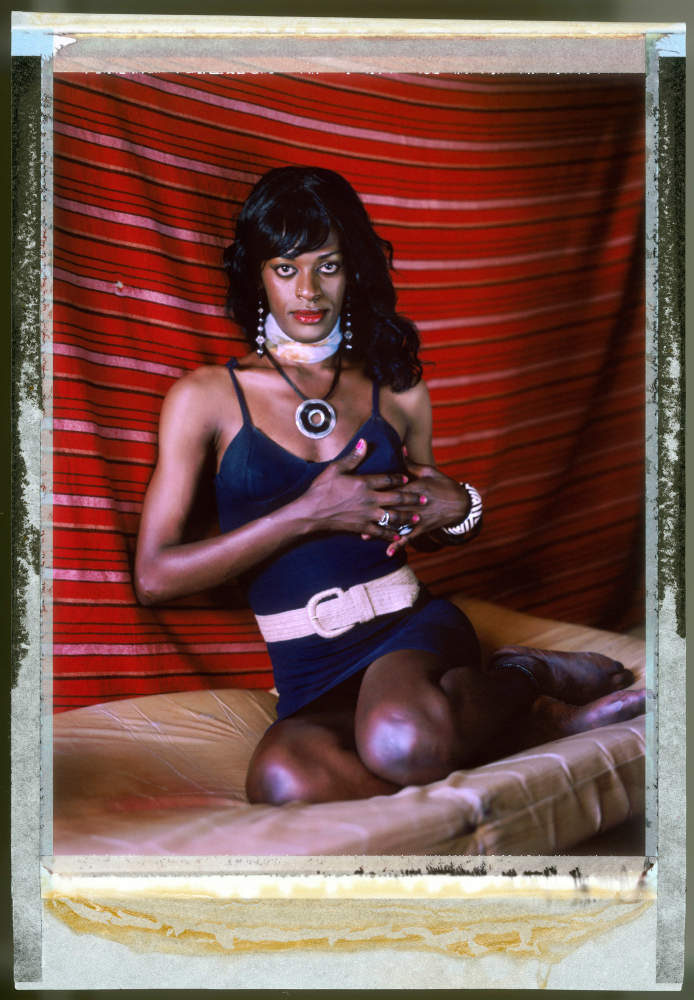 
Flavirina Naze is from Burundi.

“I left Burundi because of my sexuality. People were beating me and didn’t accept me.”

Flavirina attended a Trans-gender conference in South Africa, while there she was warned by a LGBT activist that it might be dangerous for her to return to Burundi as there were elections around that time and persecution of the LGBT community was increasing.

Fearing for her life, she decided to stay. She was accepted as an asylum seeker but she could not afford to renew the permit. It expired and she is now in South Africa illegally. As she is unable to work legally, she started engaging in sex work to survive.


Junior fled from his home in Democratic Republic of Congo in 2009 after his first boyfriend, Erik, committed suicide. Erik killed himself by drinking poison after his parents found out he was gay and threatened to send him to prison.

Junior’s sister called him, warning him and Junior went into hiding until he could organise to leave the country. Within a week he had started the dangerous journey by land to South Africa. In South Africa Junior was still not safe.

In 2011 Congolese citizens in South Africa found Junior and set out to kill him. His boyfriend of 10 months intervened and was himself killed. The murderers were never convicted. Junior continues to fear for his life. 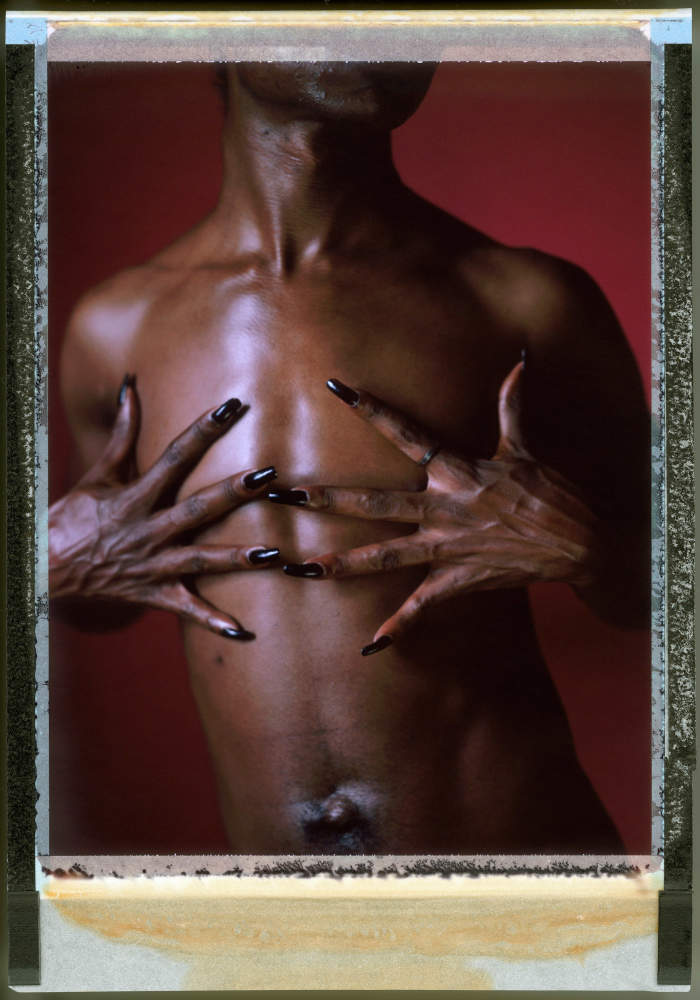 “I left Gabon because I was attacked earlier this year by four guys”. Jean Yannick was stopped while driving on his way home. Four men forced him to take them to his house where, in front of his French partner, they gang raped him.

The next day Jean Yannick went to the police to report the rape. “We can’t help someone like you because our culture doesn’t have gay people, and if those people come to kill you, we can’t do anything. If you want to be gay you should leave the country.”

The police chief told Jean Yannick to sit down. The Chief then took a pair of scissors and cut his shoulder length hair short. He was then taken to the police cells and kept there for 13 days. He was released with no case opened against his attackers.

Jean Yannick and his partner went to the French embassy and asked that he be given a visa to enter France. The embassy staff said they would not give him refugee status based on persecution of his sexuality.

Jean Yannick’s partner encouraged him to go to South Africa as he didn’t need a visa to enter the country and he perceived it as safe for LGBT people. They made a plan to meet in South Africa later, where they would get married, and then travel to France to live their lives there. 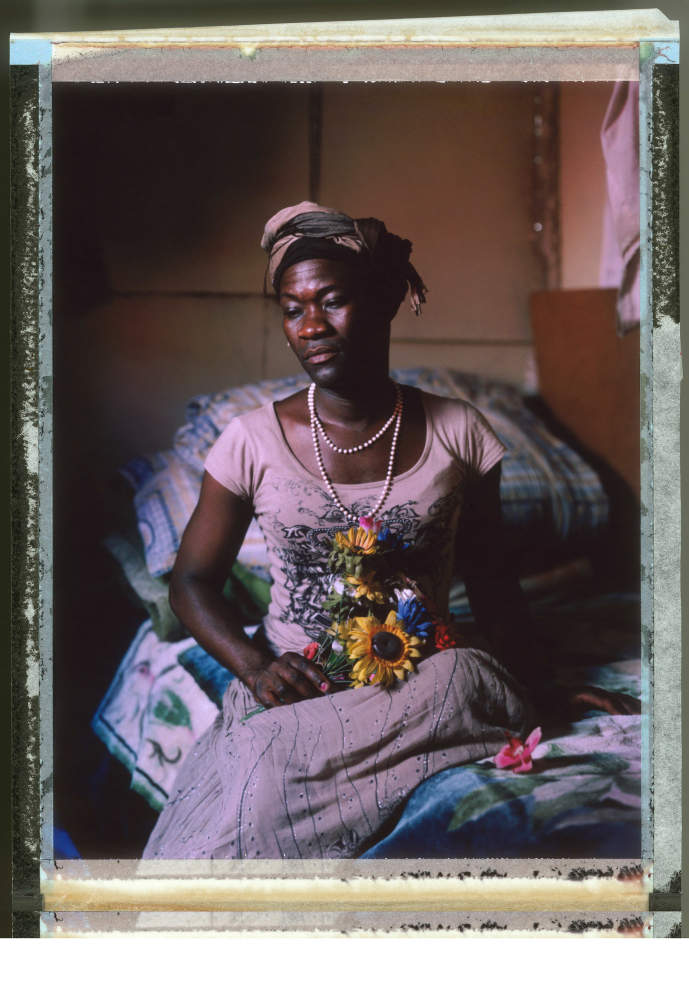 
Tiwonge Chimbalanga is from Malawi.

In 2009 Steven Monjeza Soko and Tiwonge Chimbalanga were arrested in their home country of Malawi and in 2010 they were both charged with buggery and permitting buggery, as well as with the offence of indecent practices between males in accordance with sections 153 and 156 of the Malawian Penal Code.

Convicted, the two men were sentenced to the maximum penalty of fourteen years. According to the sentencing magistrate, the severity of the sentence was justified to protect Malawian society: “I will give you a scaring sentence so that the public be protected from people like you, so that we are not tempted to emulate this horrendous example.”

This judgement took place in spite of Malawi’s own constitution and it being a signatory state to a number of human rights treaties. Consequently, the case attracted an international outcry and both men were later pardoned on condition that they do not have any future contact with each other. Following release, fearing for her safety, Tiwonge fled to South Africa. 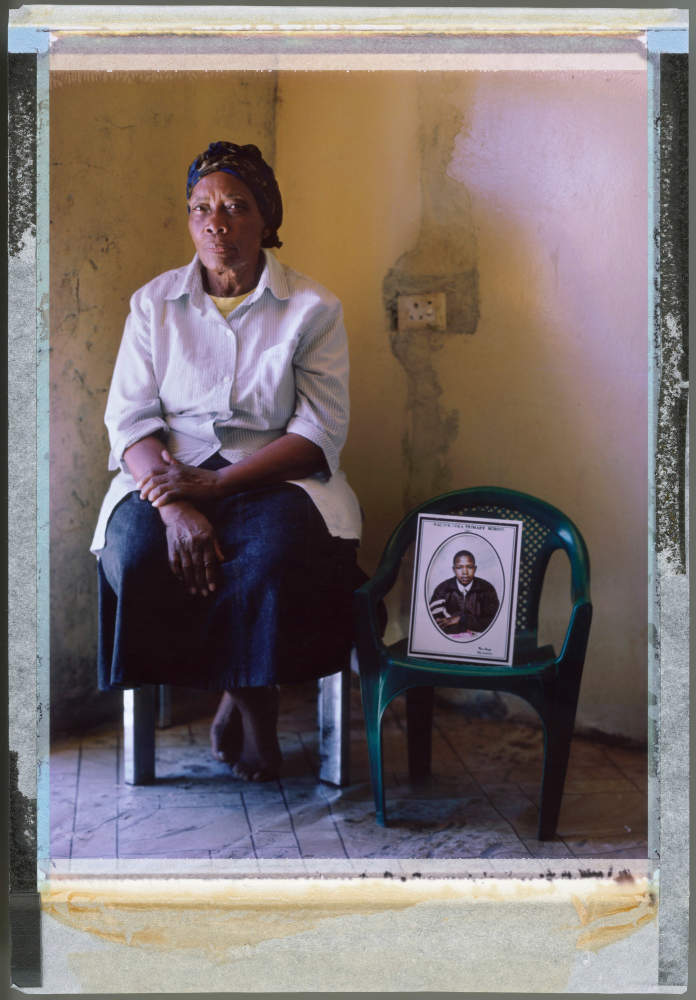 
In July 2012, a man came in to the house of 22 year old Pumeza Nkolonzi’s grandmother, where Pumeza lived. He fired four shots, one hit the wall, one hit Pumeza in the chest and one in the arm. As Pumeza stumbled backwards in her bedroom she shouted at the man “what have I done to you?” and then the fatal shot hit her in the forehead.

In the house at the time was her grandmother, Lizzie Venfolo and five year old cousin Nolufefe Venfolo. Pumeza had been receiving threats of violence against her. Family, friends, activists, and the police all say she was killed because she was a lesbian.

No one was ever convicted of the crime. The family feel the police have ignored the case because Pumeza was a lesbian. 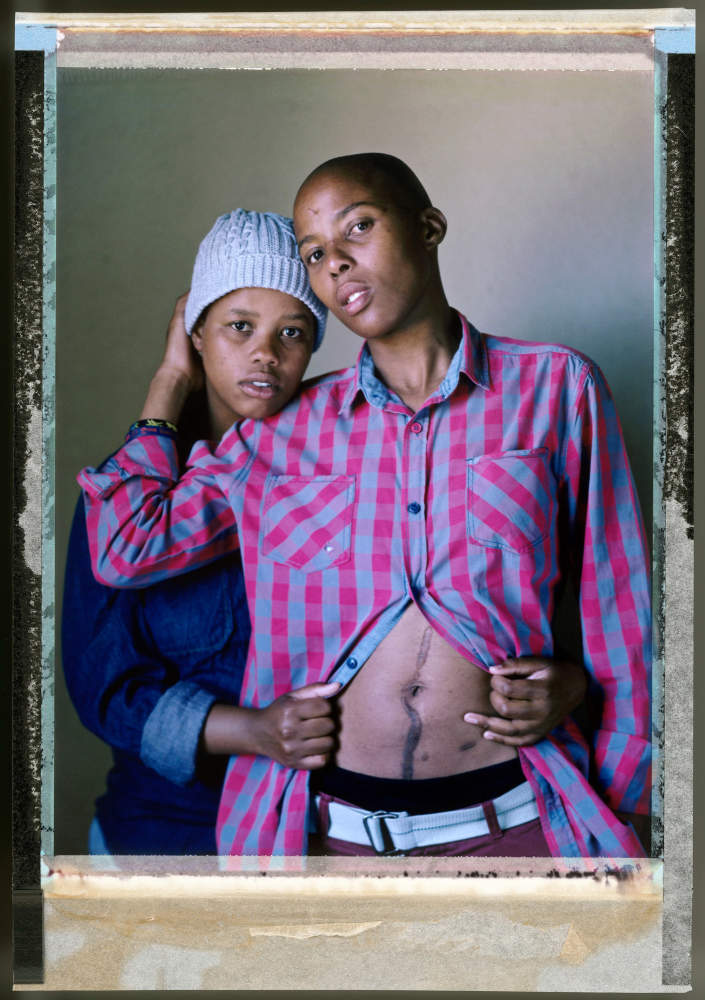 They say that they face verbal abuse everyday in the township of Khayelitsha. They are called ‘Tom Boys’ and ‘Witches.’ Twice Ntombozuko has been violently attacked because of her sexuality.

The first time was in 2010 when, late one night, she was out with her friends. A group of drunken men started shouting at her and her friends: “here’s these bitches trying to steal our girls”. The three men then attacked. Ntombozuko was knocked to the ground and beaten. Her friends were beaten as well.

The second time, in 2013, she was walking home late one night when a group of men surrounded her and attacked her. A car came down the road and they ran. It was then that she saw the blood on her shirt.

She survived the attack but lives in fear of the streets outside her front door: “Even now I’m not feeling safe when I walk in the street”. She says the love of her partner has helped her to recover from the pain. They have been together for eight months and hope to marry. 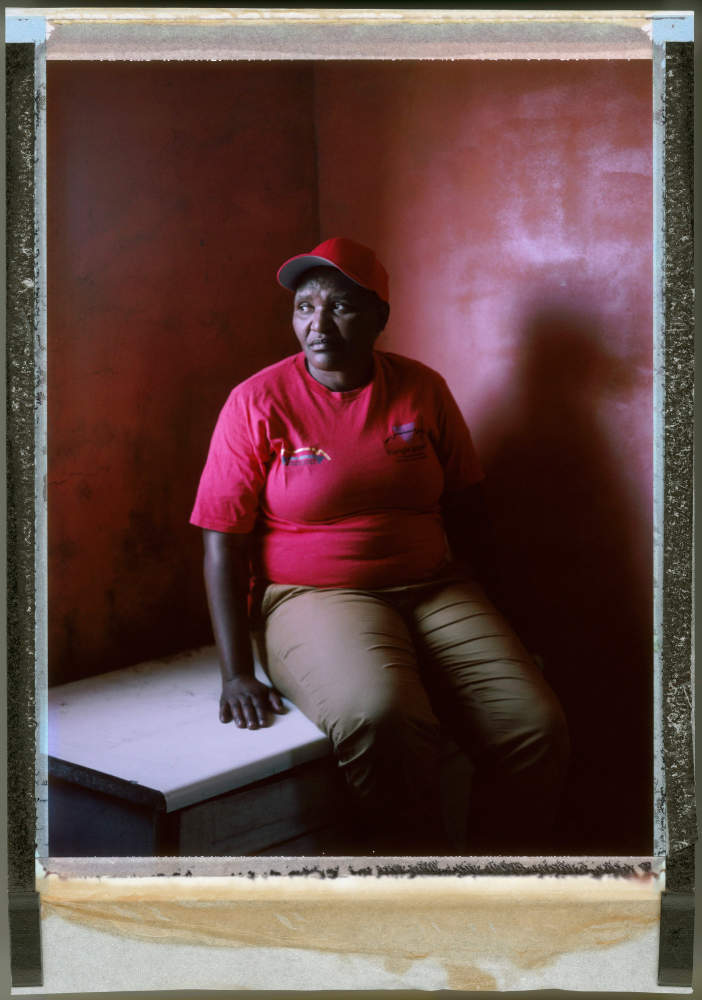 When talking about the formation of the group Funeka says “We had to fight or die, we didn’t have a choice”.

Funeka is a survivor of sexual violence targeted because of her sexuality, or, as termed by the media a ‘Victim of corrective rape’. Her attacker was never convicted. She also survived being stabbed in the back multiple times. The attack landed her in an intensive care unit: “when I hear of someone being stabbed, I still feel the pain.” 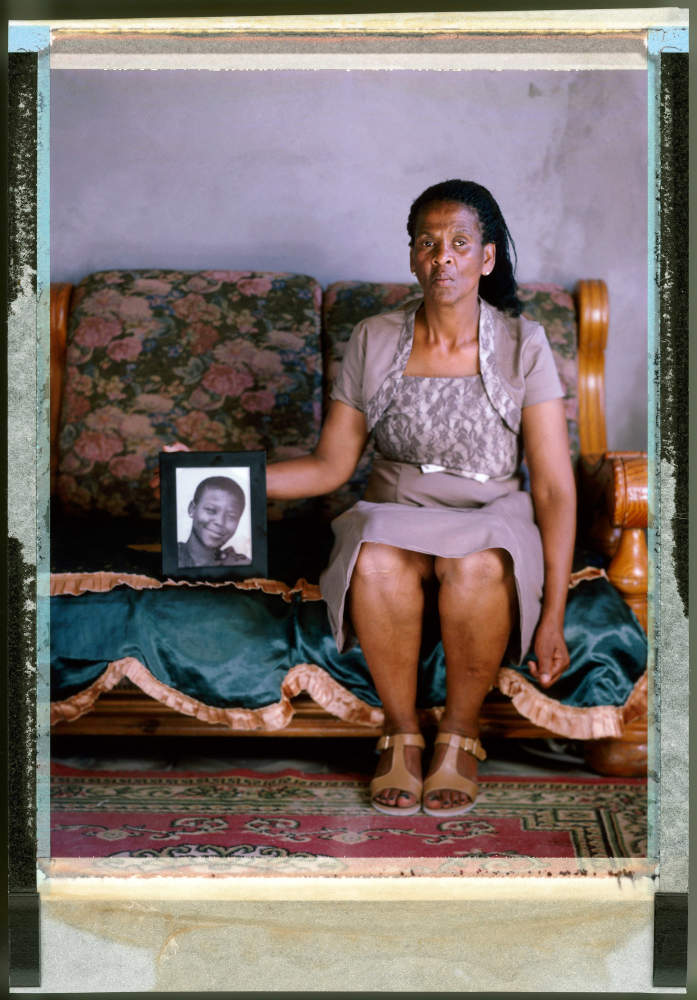 
Boniwe Tyatyeka, mother of Nontsikelelo Tyatyeka (in the framed picture) who disappeared 7 September 2010. A year later, on 9 September 2011, her decomposed body was found in the dustbin of a neighbour. She had been raped, beaten about the head and strangled to death.

The killer (the neighbour whose dustbin in which her body was found) said he did it to change her – she was a lesbian.