In southern Europe, the legacy of early 20th century fascist movements and the Second World War still lingers in countries like Italy and Greece, two countries with strong and resilient right-wing movements that coalesce around the themes of Islamophobia, hostility to immigrants and a hearkening back to their respective countries’ history. 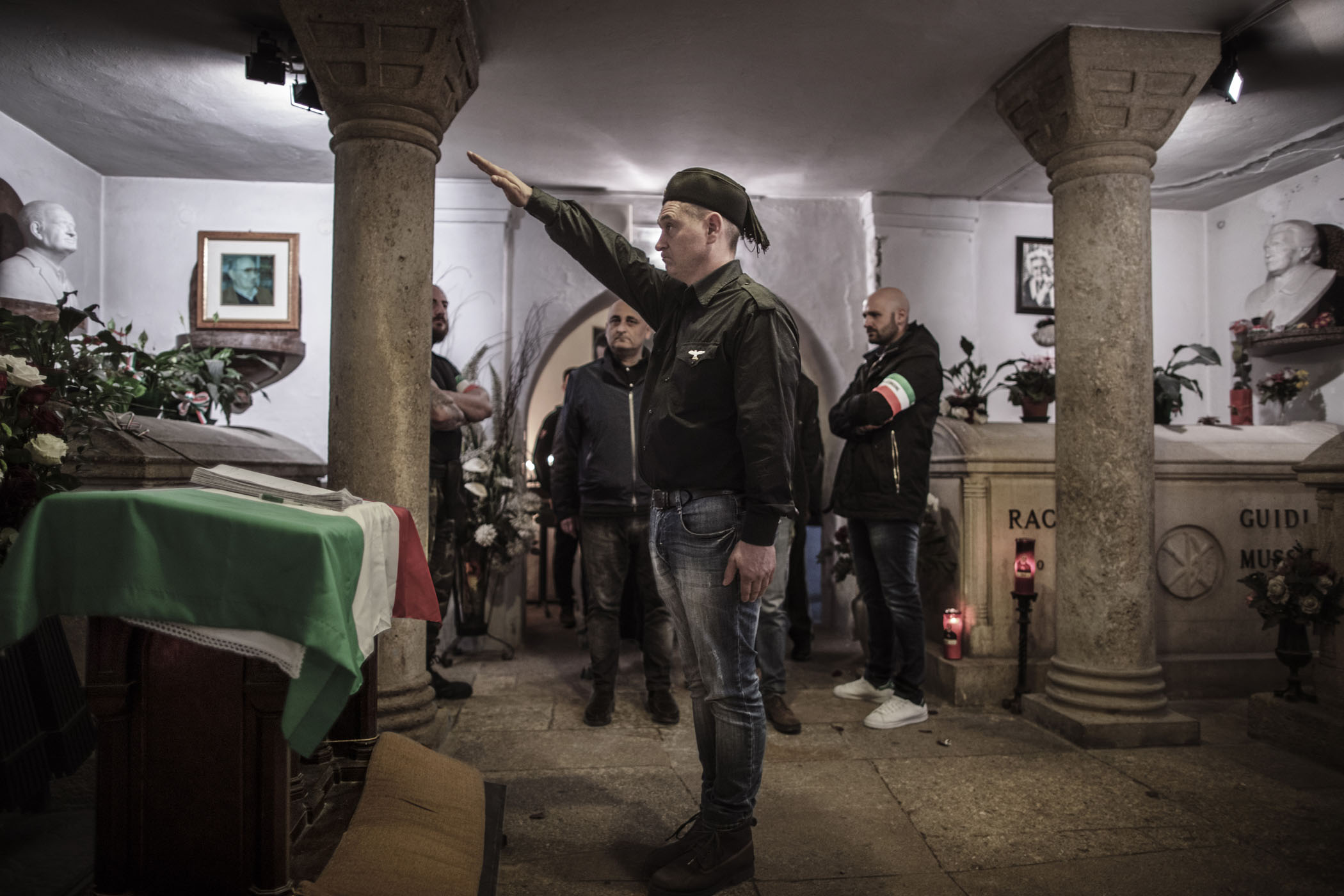 Benito Mussolini’s fascist government in Italy far outperformed Nazi Germany in terms of longevity, lasting over 20 years from 1922 until 1943. During this time, massive modernisation projects across the country are still viewed by many as a high point of 20th century Italian history. Admiration for “il Duce” and annual celebrations in his birthplace of Predappio in northern Italy speak of continued admiration and attachment to the war-time leader. Every year, between 22 and 29 October, large crowds gather in the small town in Emilia-Romagna to commemorate the ‘March on Rome’, Mussolini’s power grab. 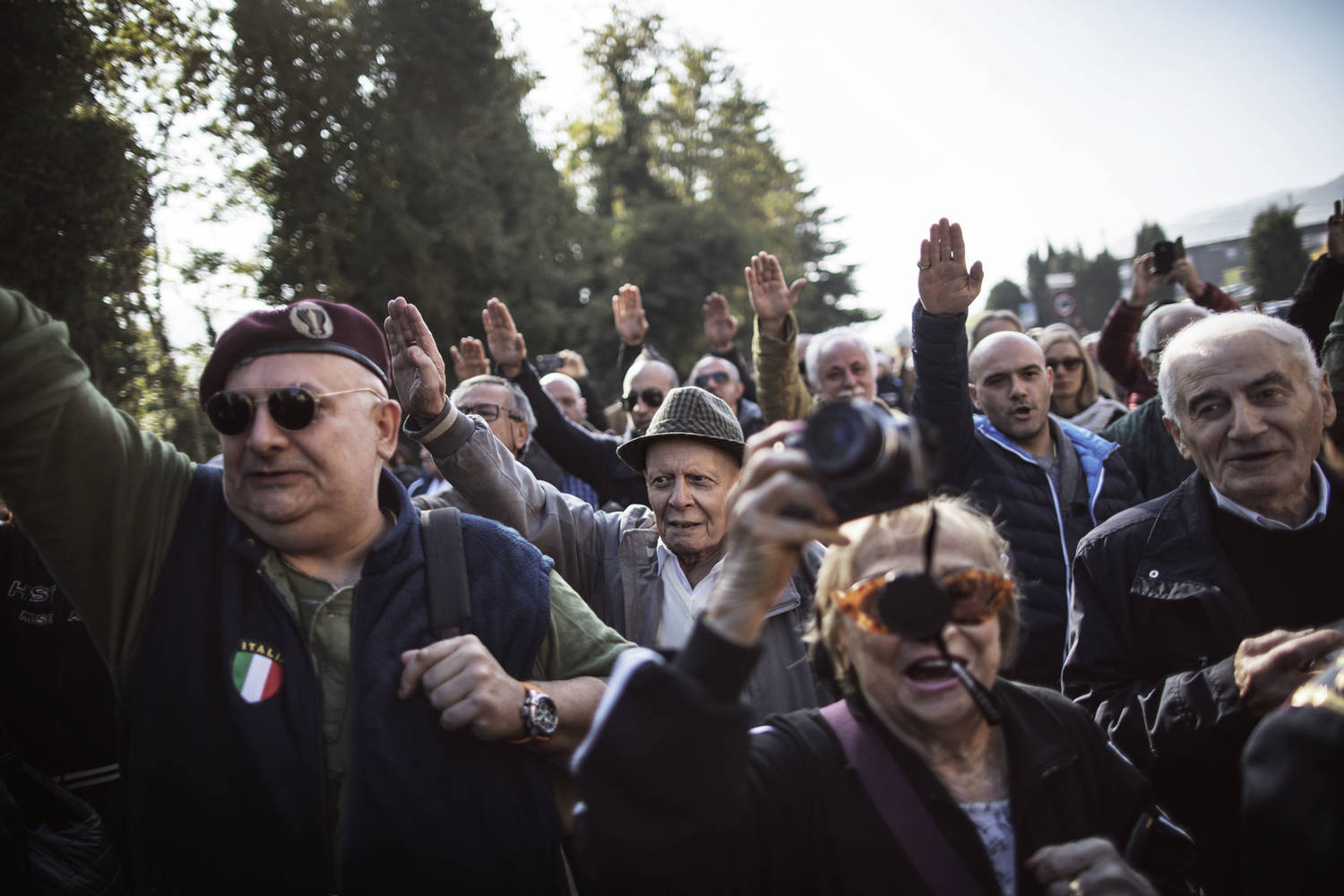 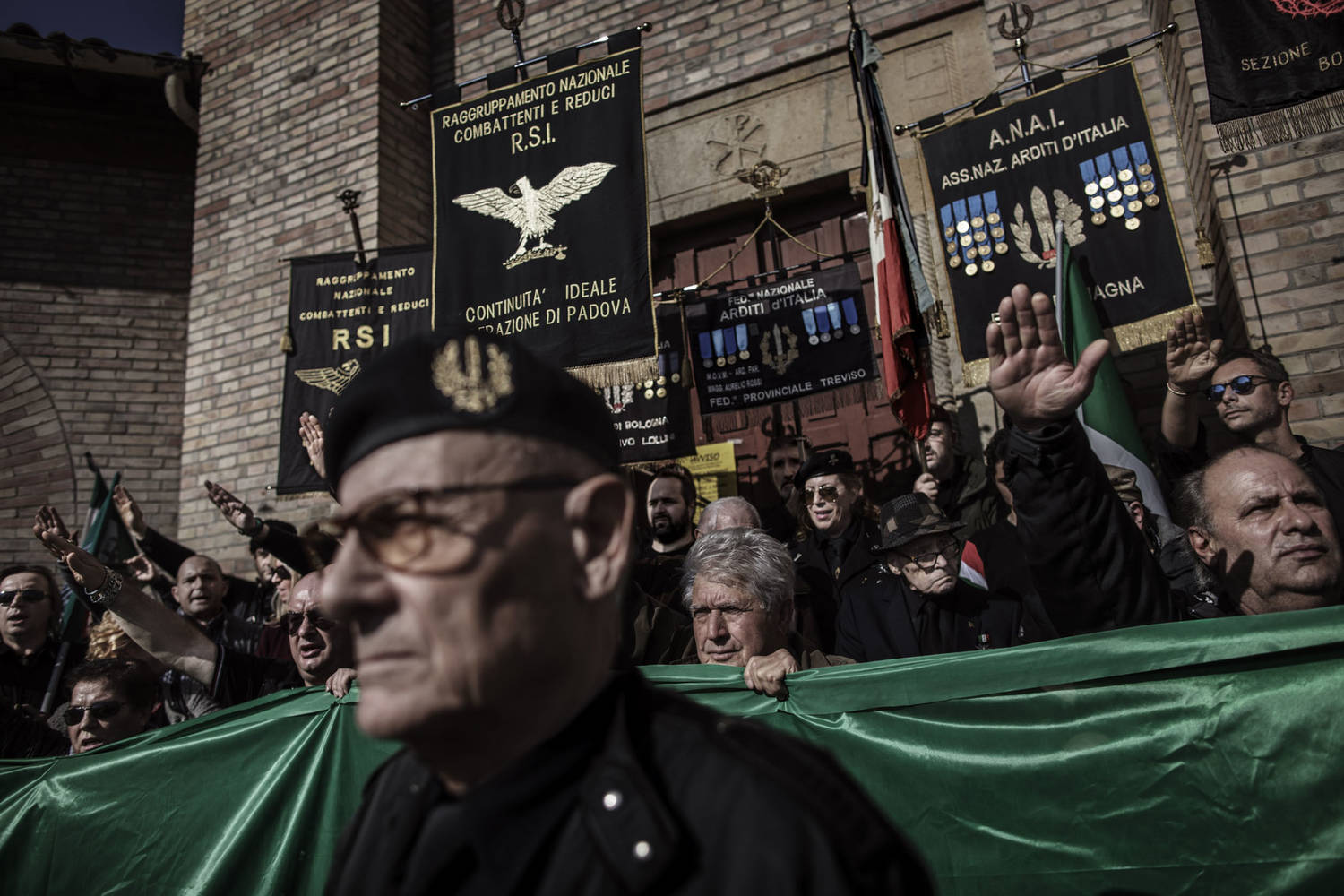 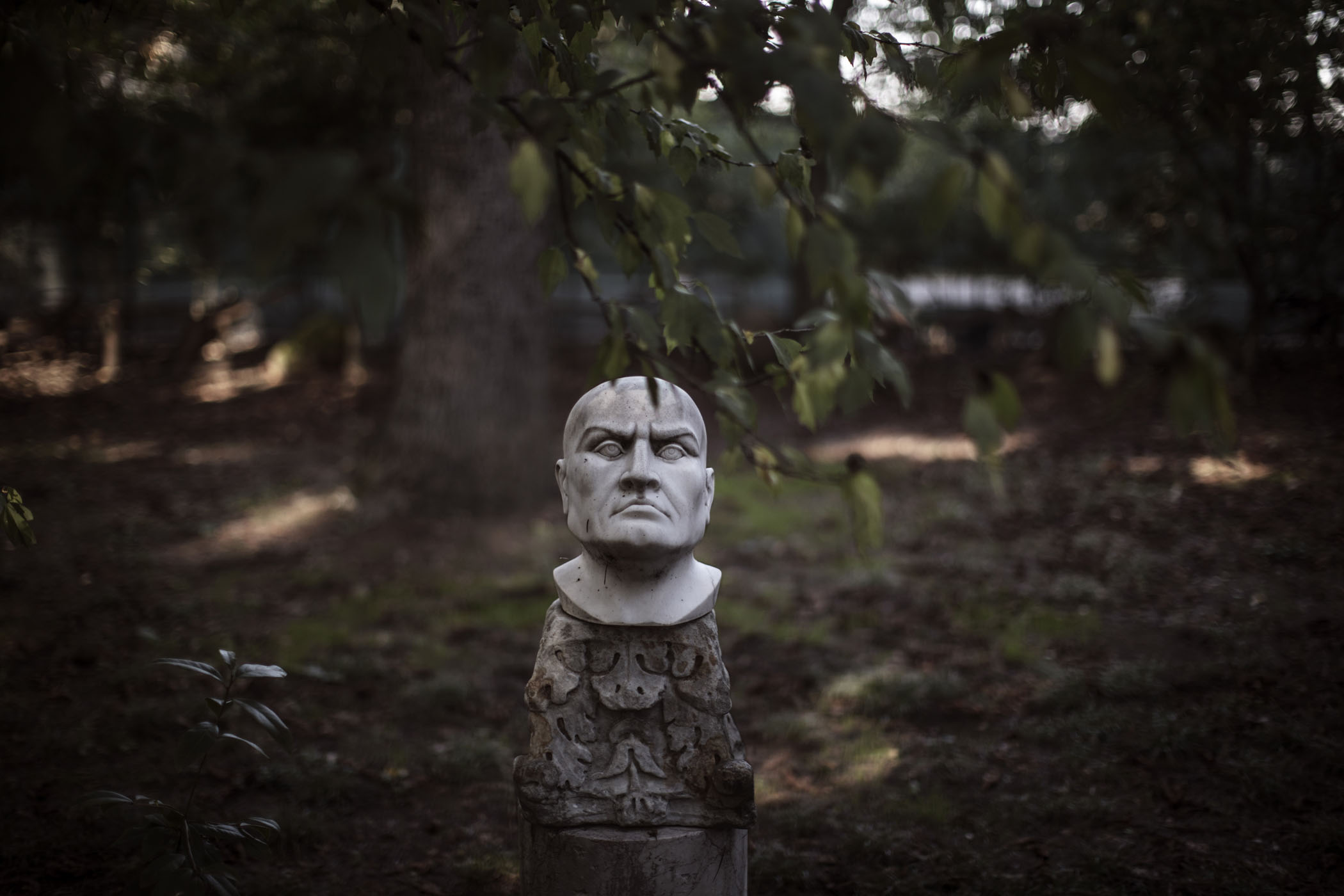 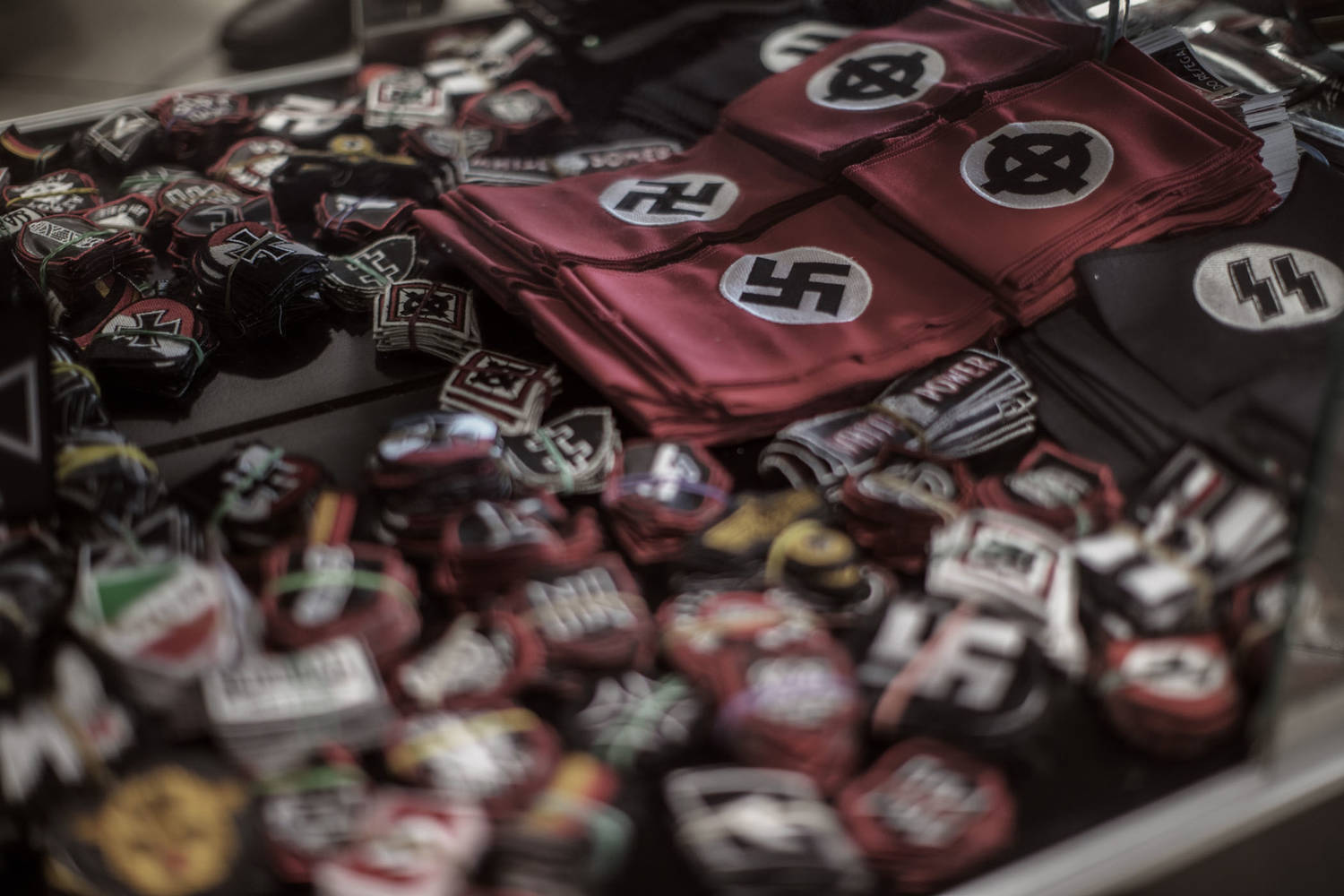 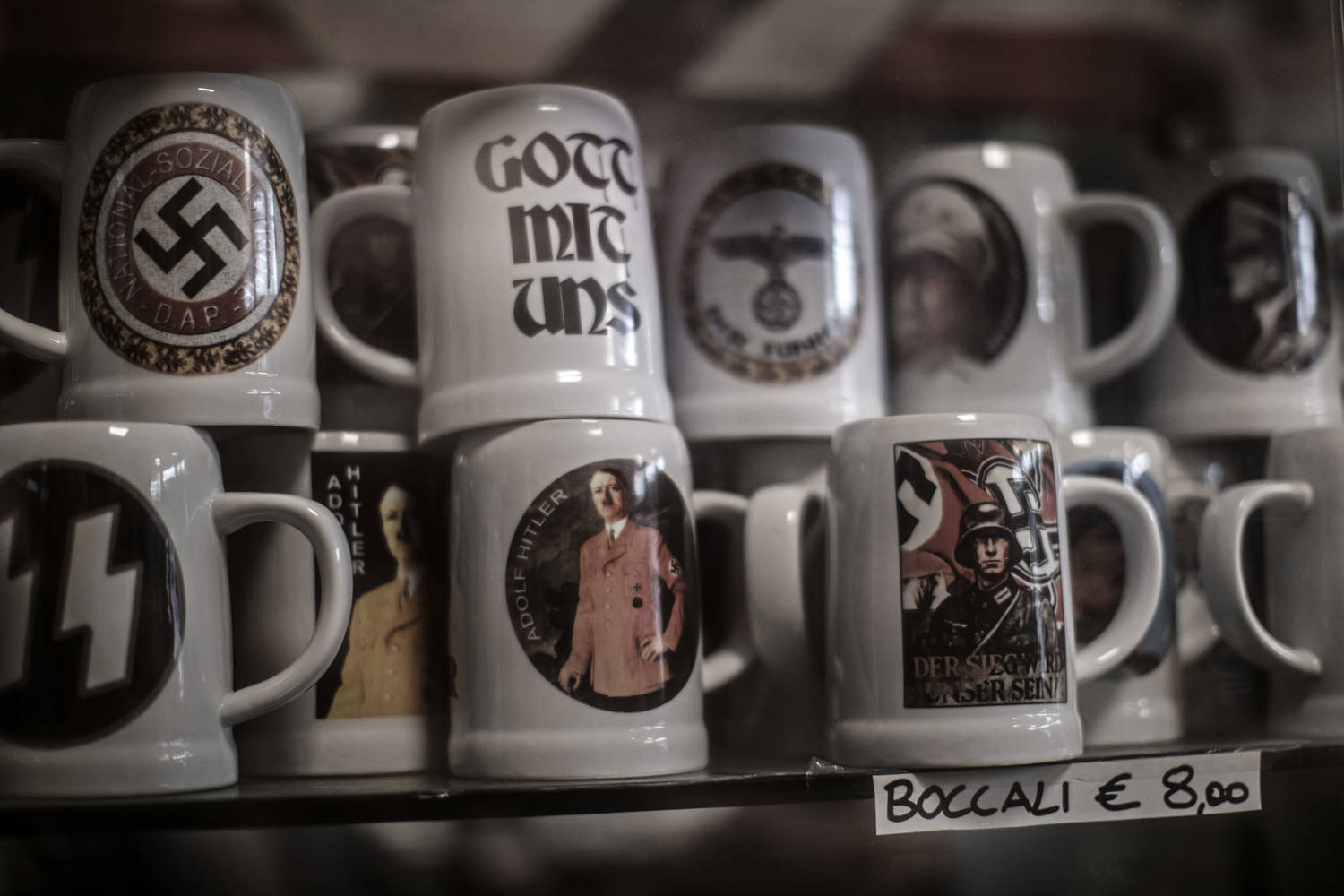 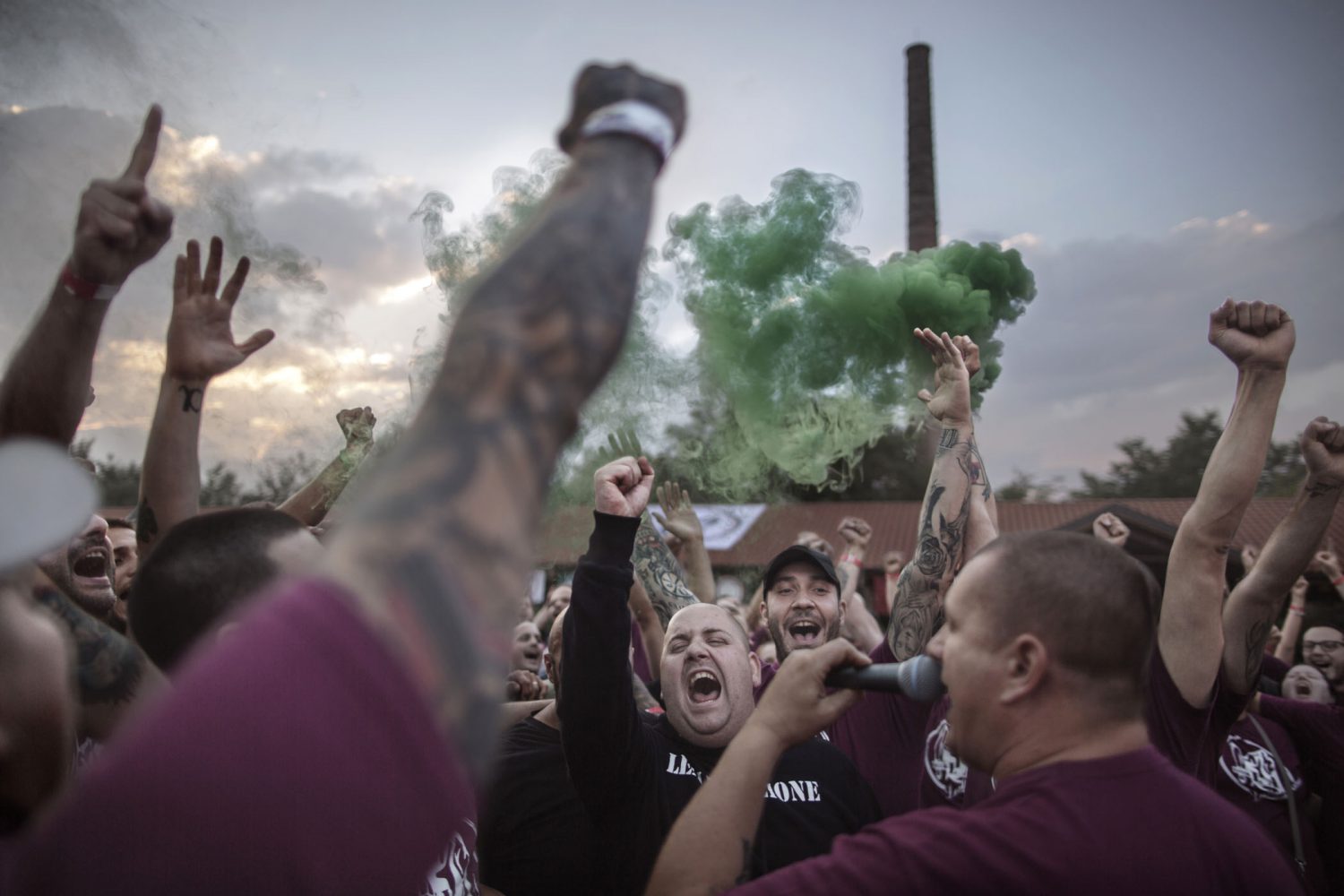 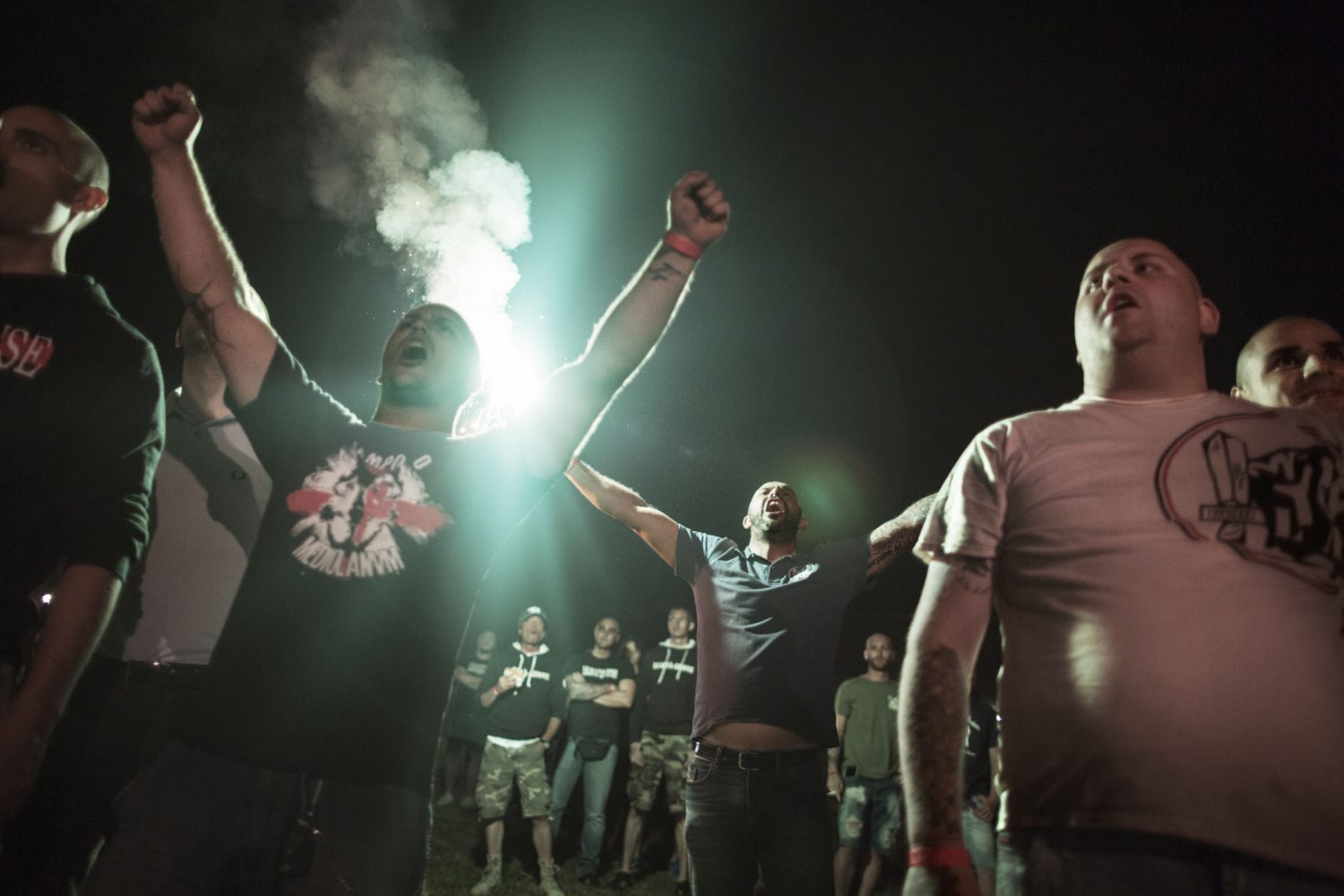 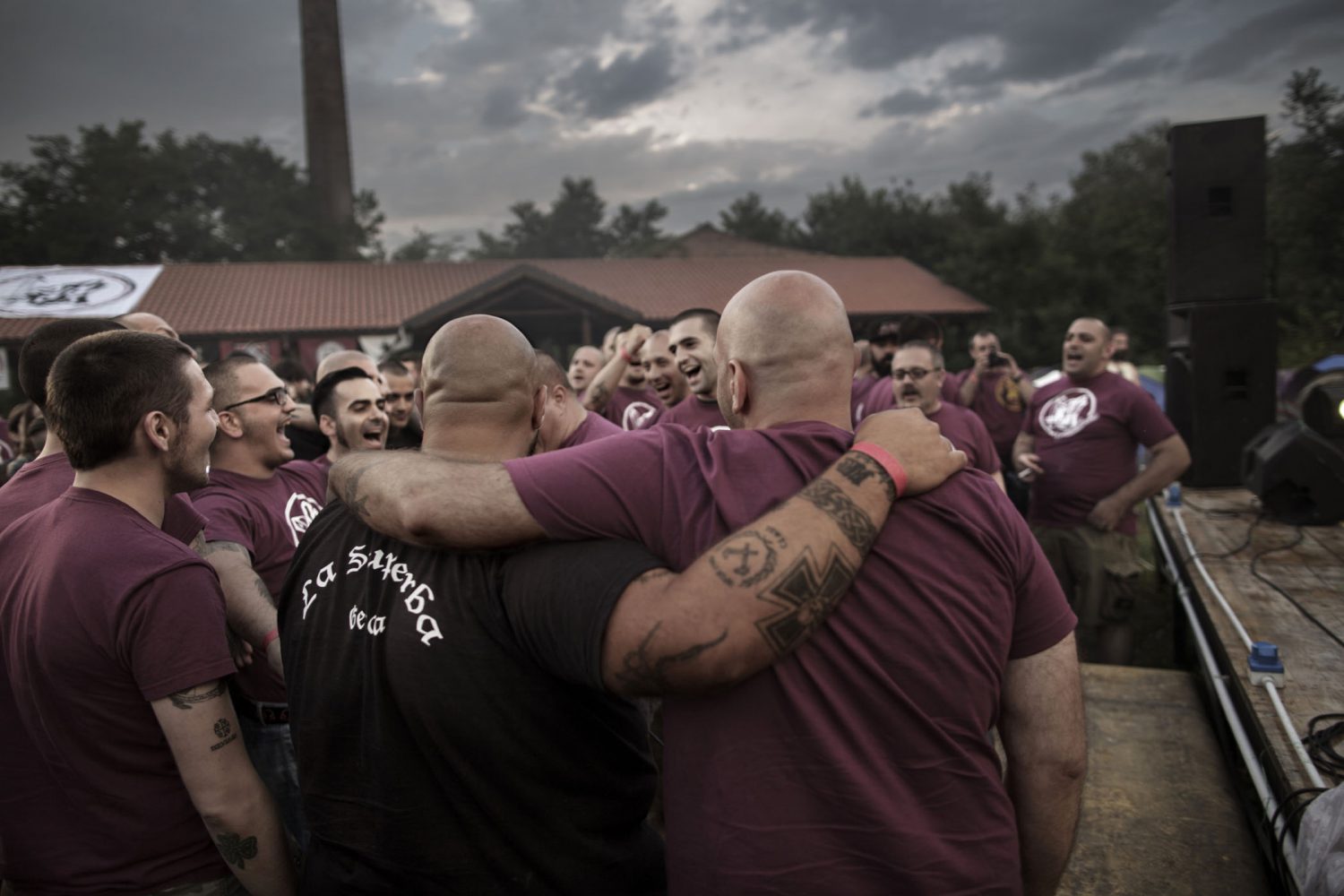 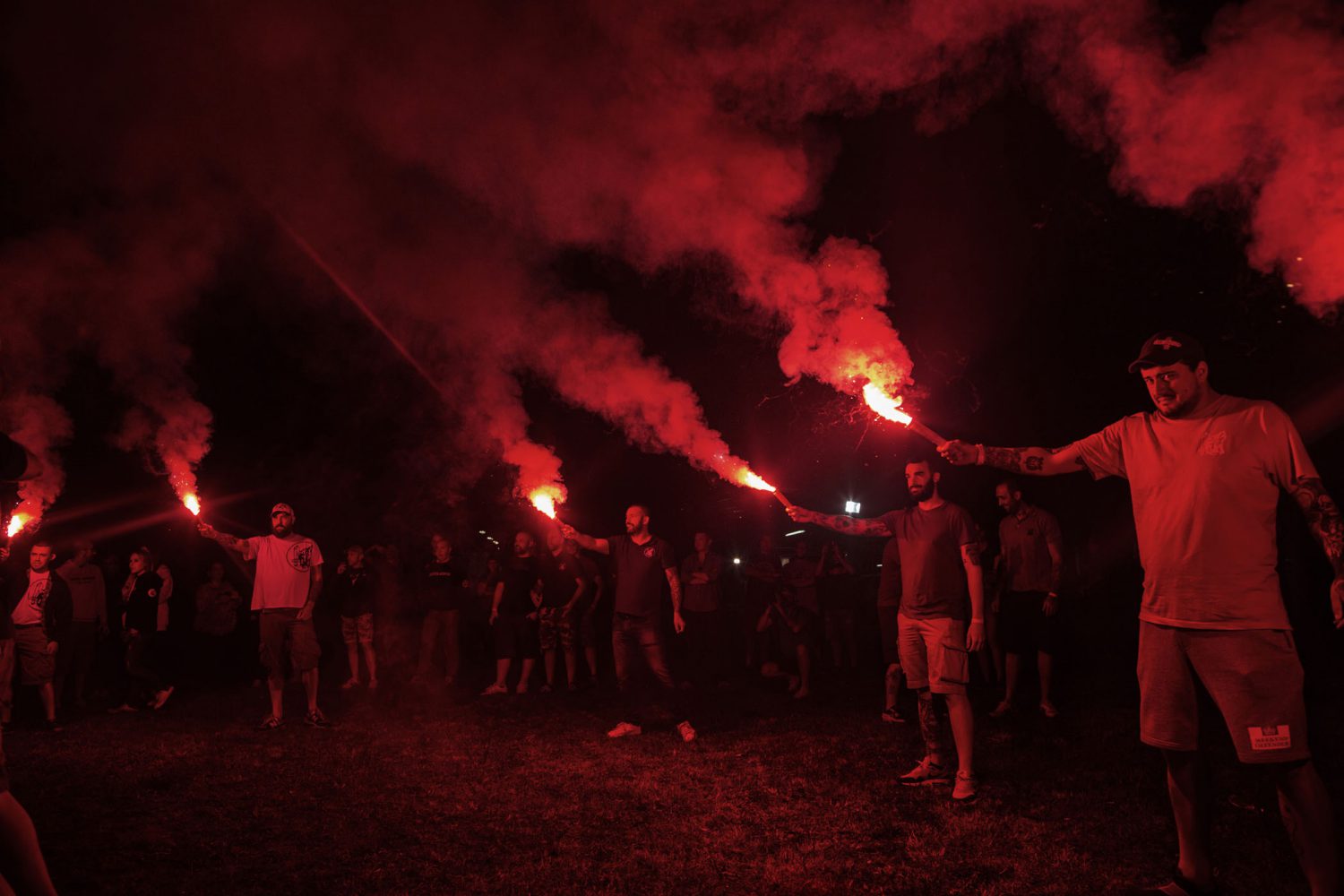 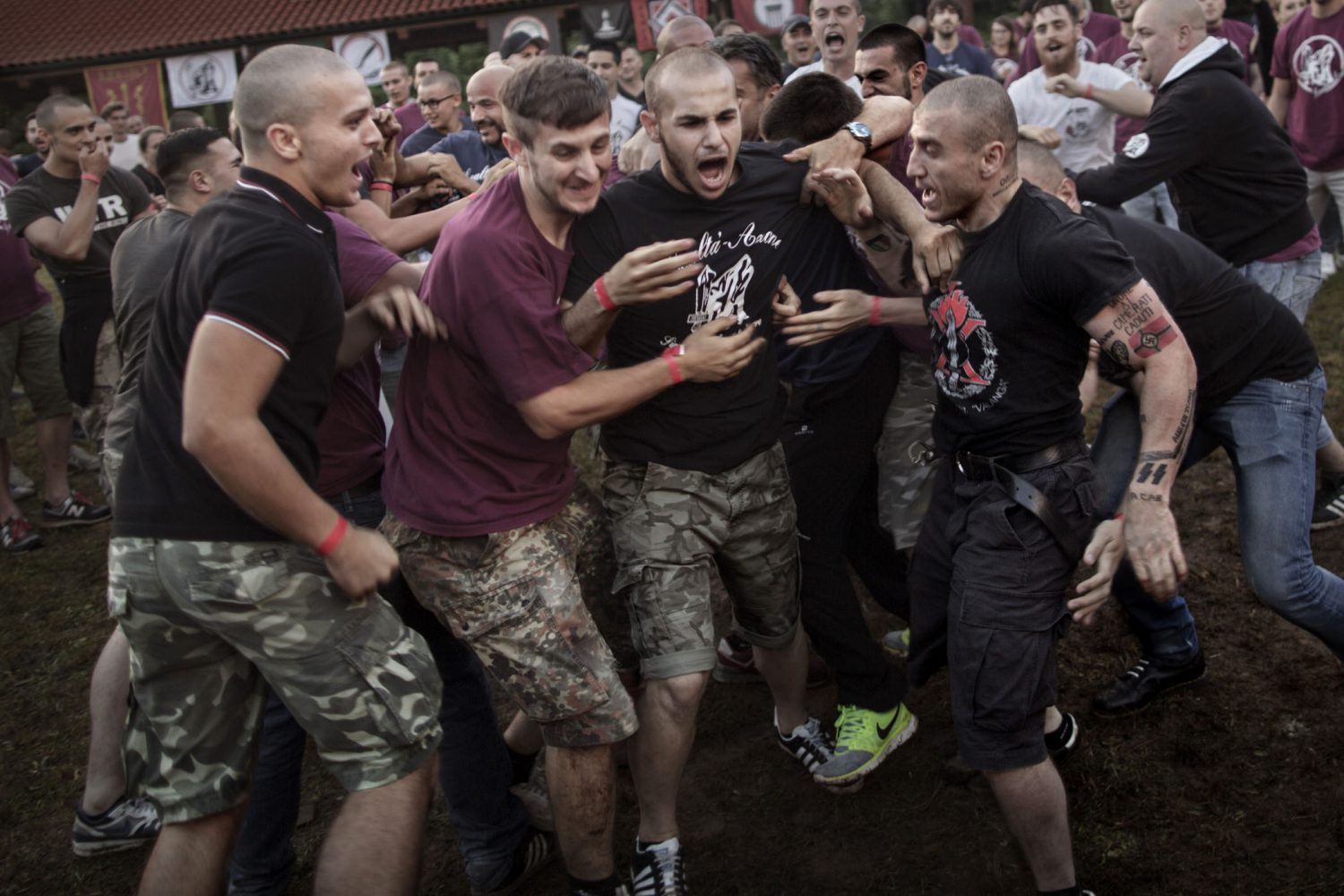 Members of the Italian fascist organisation Lealta e Azione (Loyalty and Action) at their annual summer event, held behind guarded fences in a field outside Milan and closed to all but invited guests. 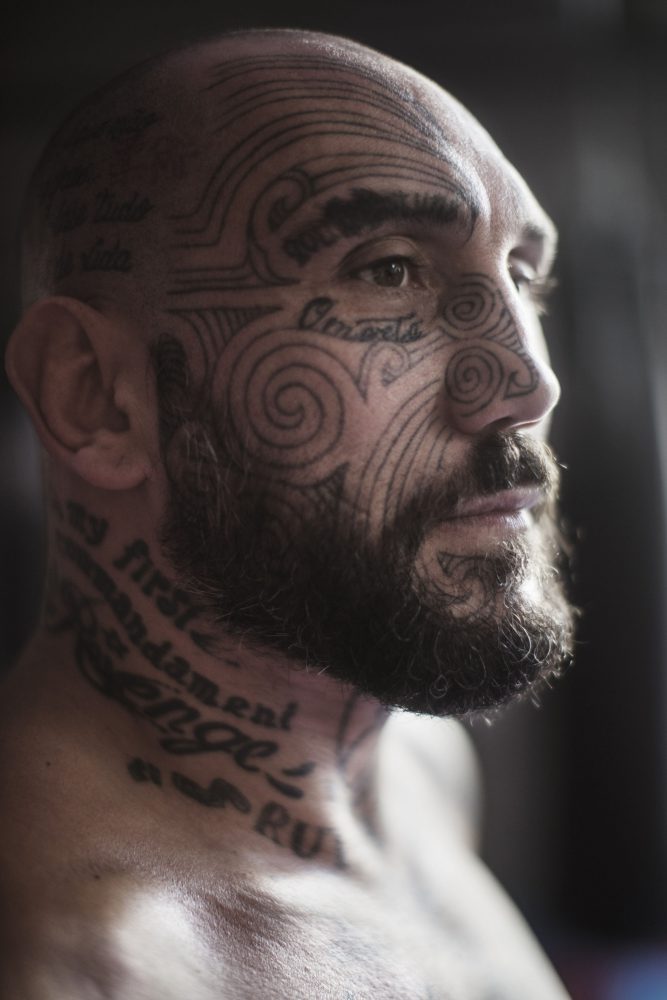 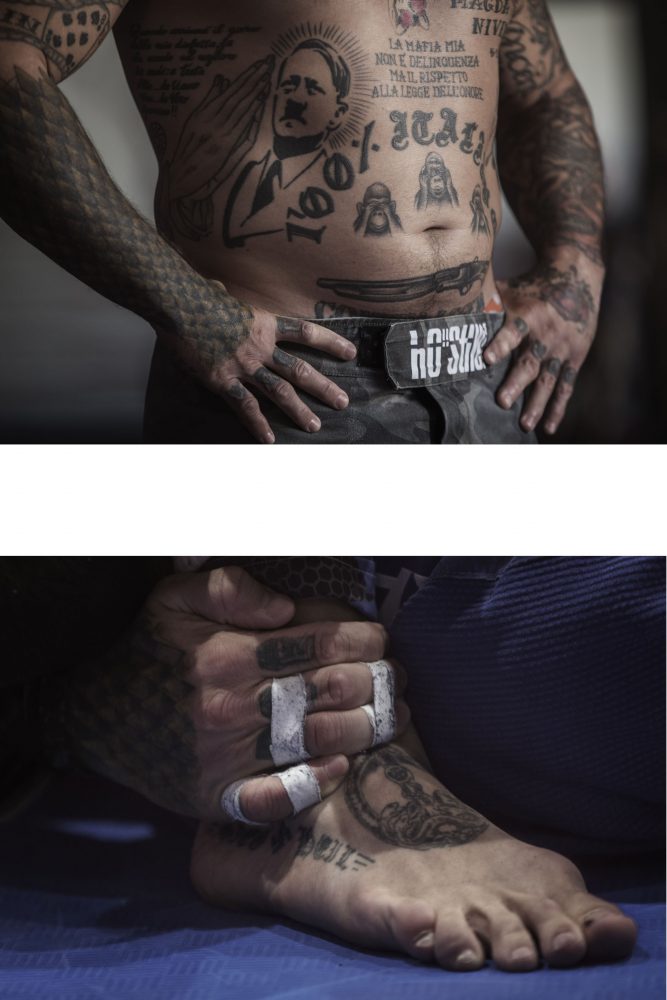 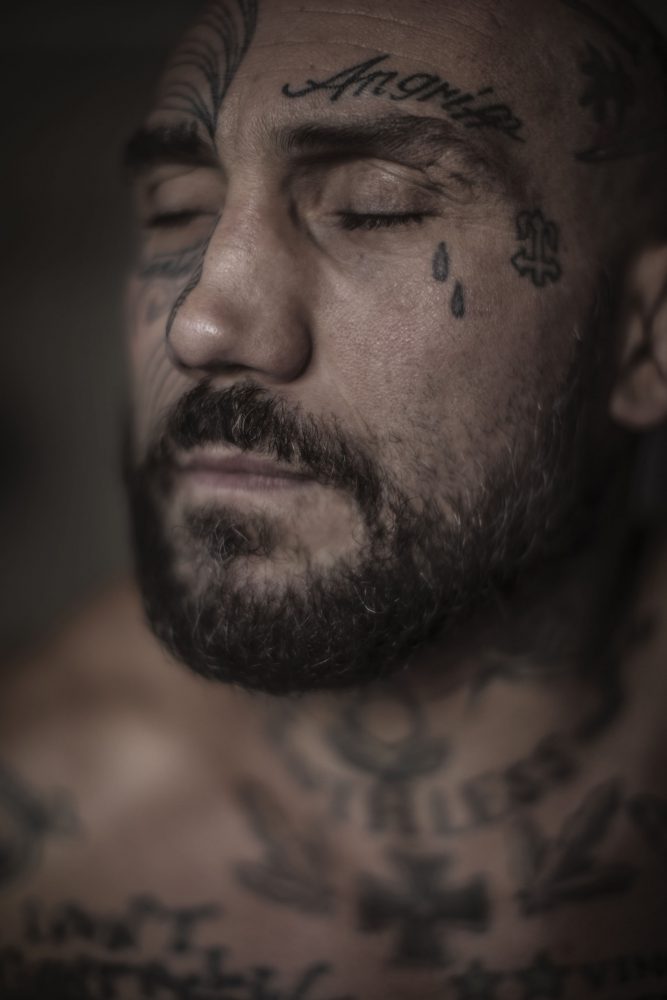 This country has been ruled by the wrong men ever since we lost the war. I don’t see any progress. In a way, I wish I was born 80 year earlier, when the ideology was alive. Today it is only memories.
Alex ‘Kamikaze’ Celetto 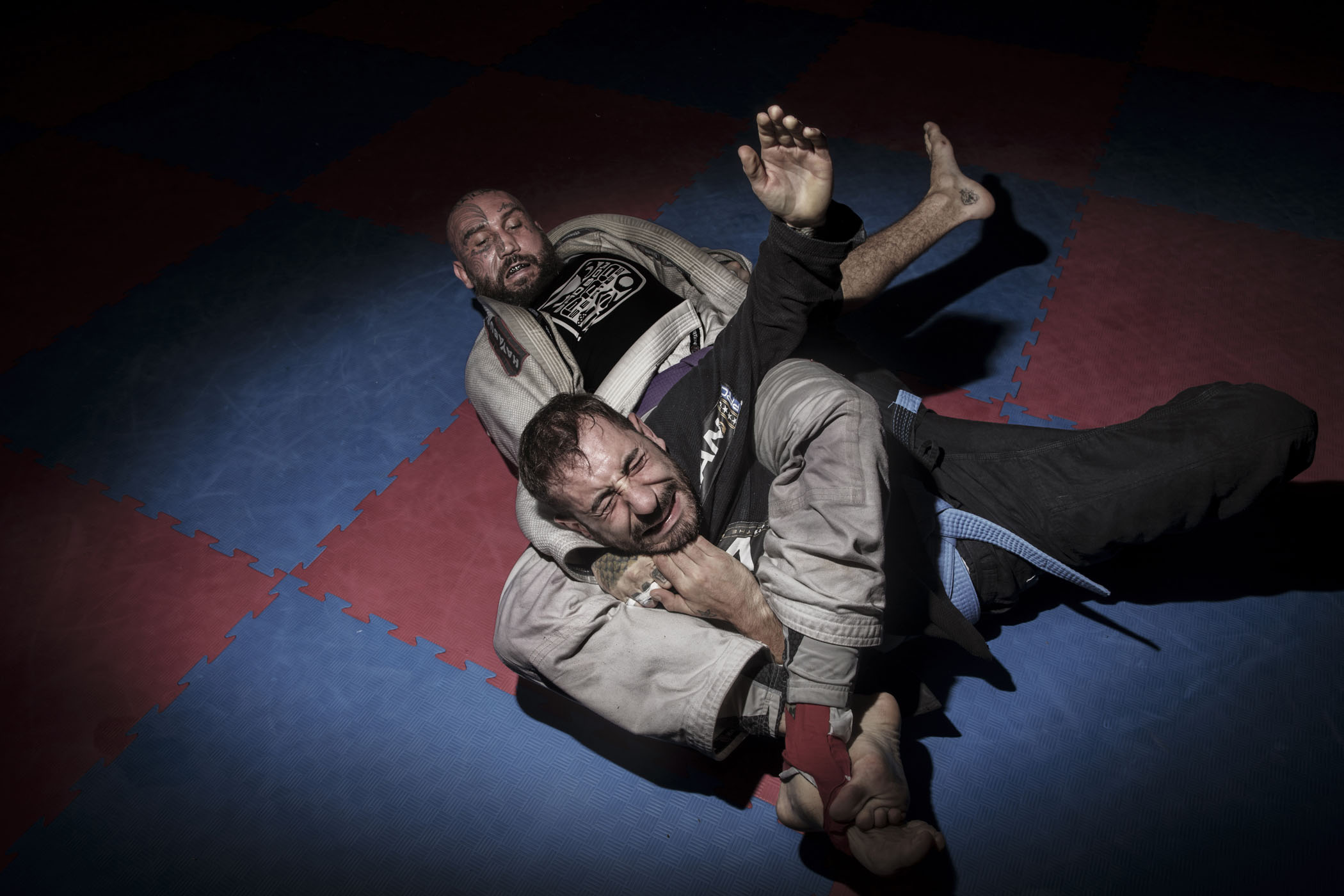 In Greece, the ultranationalist, anti-immigrant Golden Dawn party has benefitted from political instability and economic meltdown following the Greek debt crisis and the various austerity backed bailouts the country has had to ask for. With living standards plummeting and hundreds of thousands of refugees arriving on Greek islands in 2015 and 2016, the party’s hostility toward immigrants has garnered it 7% of the vote in the latest election and 30 seats in Greece’s parliament. 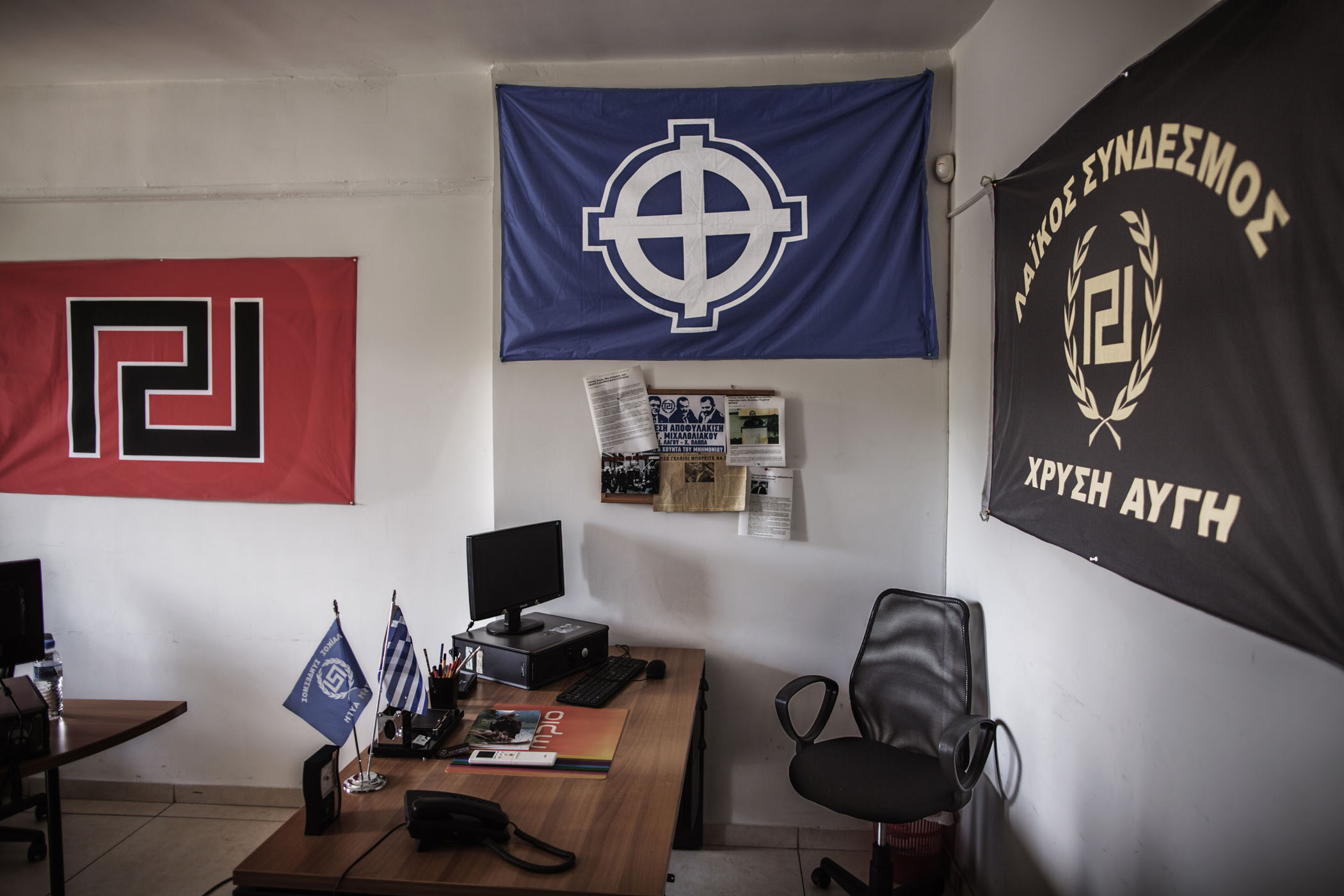 The offices of Golden Dawn, its walls decorated with fascist symbols.


The offices of Golden Dawn, its walls decorated with fascist symbols.

Though some of its members, including the party leader MNikolaos Michaloliakos, were detained in 2015 on charges of forming a criminal organisation they were released the same year, pending a courtcase that is still in process. The organisation is known for its tactics of violence against immigrants and football hooliganism and has been linked to the murder of Pavlos Fyssas, known as hip-hop artist Killah P, in 2013.
A police raid on the house of Christos Pappas, the vice president of the party and a member of parliament, turned up a several guns as well as Nazi flags, books about the Nazism, pictures of Hitler and a wine bottle decorated with a picture of Italian fascist leader Benito Mussolini. 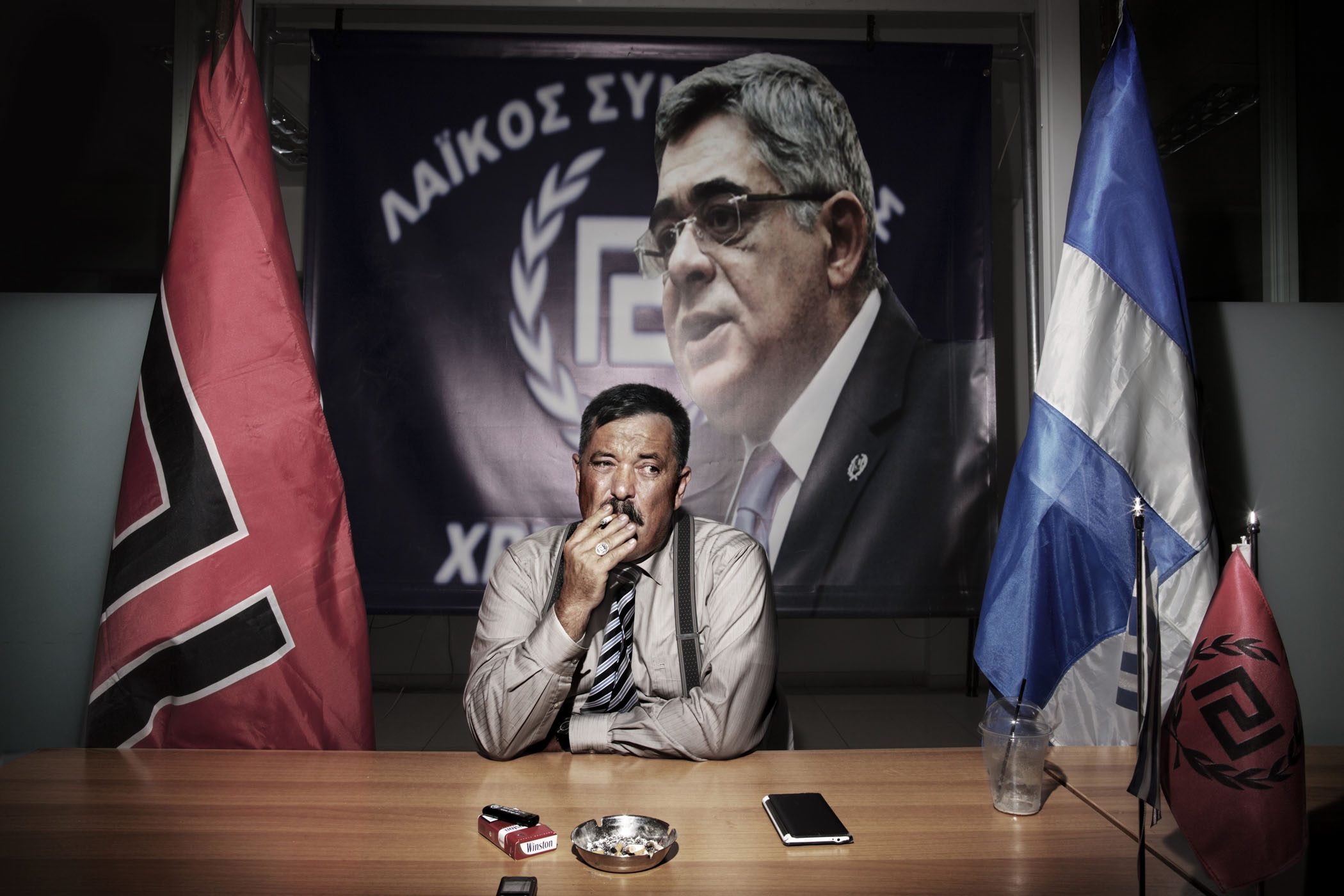