Three Panos photographers will have their work featured at this year’s Visa pour l’Image photo festival in Perpignan, France, which runs from 28 August until 26 September 2021.

A Panos photographer, whose identity is being withheld to protect him and his family, will be exhibiting his extraordinary work from the days, weeks and months following the coup d’état in Myanmar on 1st February. 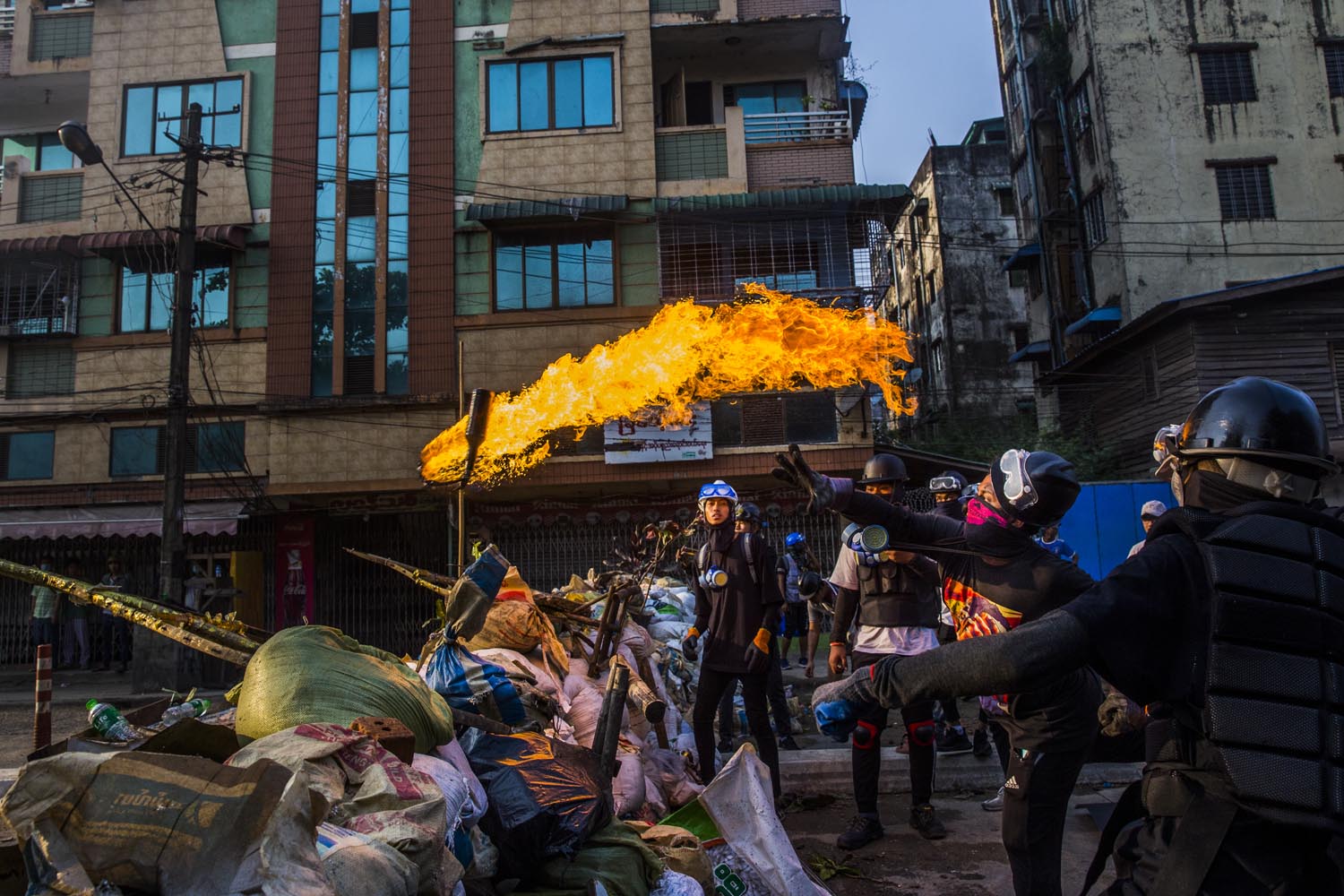 Protestors throw molotov cocktails to set the road on fire in an attempt to block the military and police joint security forces in Yangon, Myanmar. © Panos Pictures

Sean Sutton, working with the Mines Advisory Group, a de-mining charity, will show his work on the conflict in northern Nigeria where Boko Haram has been waging a brutal insurgency against the central government.

Boys play football outside former school building at Gwoza IDP camp. The town was the scene of heavy combat and many of the buildings are pockmarked from bullets and semi-derelict after sustaining shellfire. Gwoza, Borno State, Nigeria. © Sean Sutton/Panos Pictures

Panos photographer James Oatway, working with photojournalist colleague Alon Skuy, have produced a new book entitled [BR]OTHER which looks at the dark legacy of xenophobic violence in South Africa. Their work will also be projected at the festival. 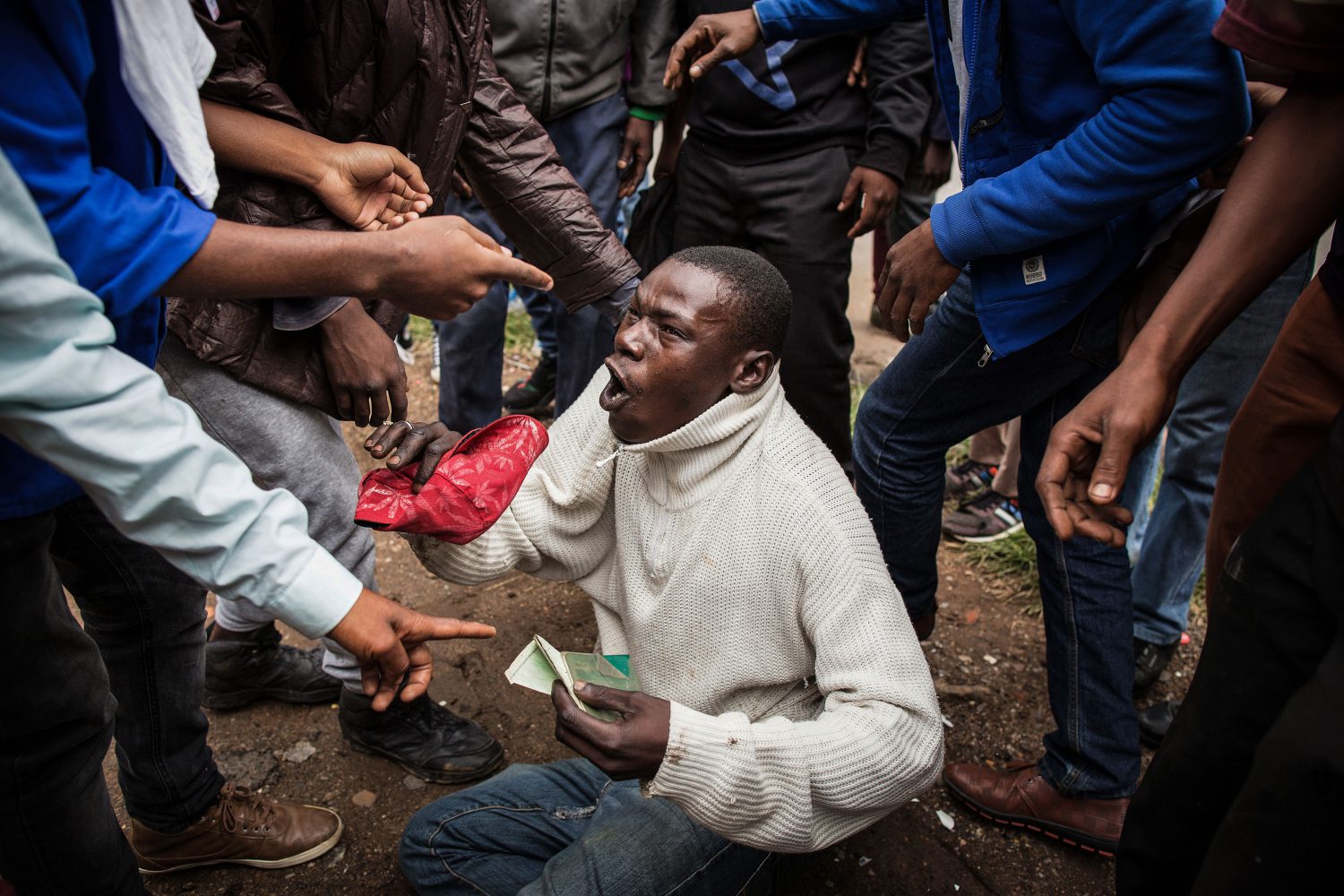 A heavily outnumbered man is saved by producing his South African ‘book of life’ after being attacked during an ‘anti-crime’ march that turned into an ‘anti-migrant’ hunt. © James Oatway/Panos Pictures

Panos director Adrian Evans will also be present at the festival from 1st to 4th September.