George received a BA Honours in Photography, Film and Video Arts from the Polytechnic pf Central London (now the University of Westminster) in 1987 and joined Panos Pictures in 1999.

Over the last decade George has photographed extensively in the Balkans, Eastern Europe and Turkey, where his work focused on identity and people caught between communities, cultures and ideologies. Preferring to concentrate on long term projects, George spent time living and working in Serbia, Greece and Turkey.

"When you first arrive in a place, you are so informed by images you have already seen that it is a burden you have to lose," says George when explaining his approach to photography and the time it takes to understand a country and its people.

Faultlines: Turkey East West, his exploration of a country poised geographically and symbolically between Europe and Asia, was published in 2010 and parts of this project were included in the prestigious 'New Photography 2011' exhibition at the Museum of Modern Art in New York.

His book Last Stop was photographed across London and self-published in 2015.

His work is collected by several institutions and private collectors including the Museum of Modern Art and the Elton John collection. 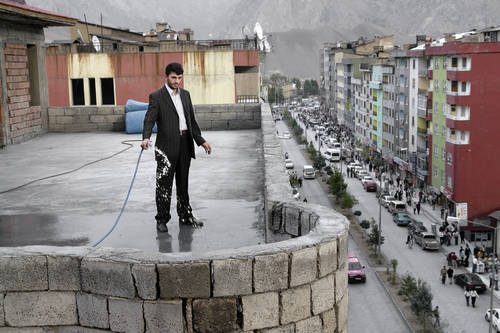 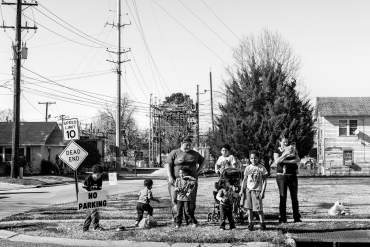 Americans Parade is a parade of Americans; one after the other, from one community to the next, building up a picture of America 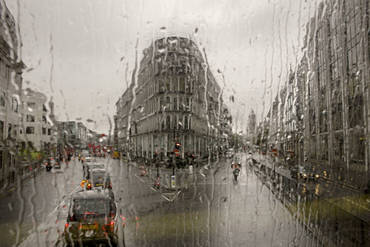 Exploring the topography and migrations of London from the vantage point of a bus. 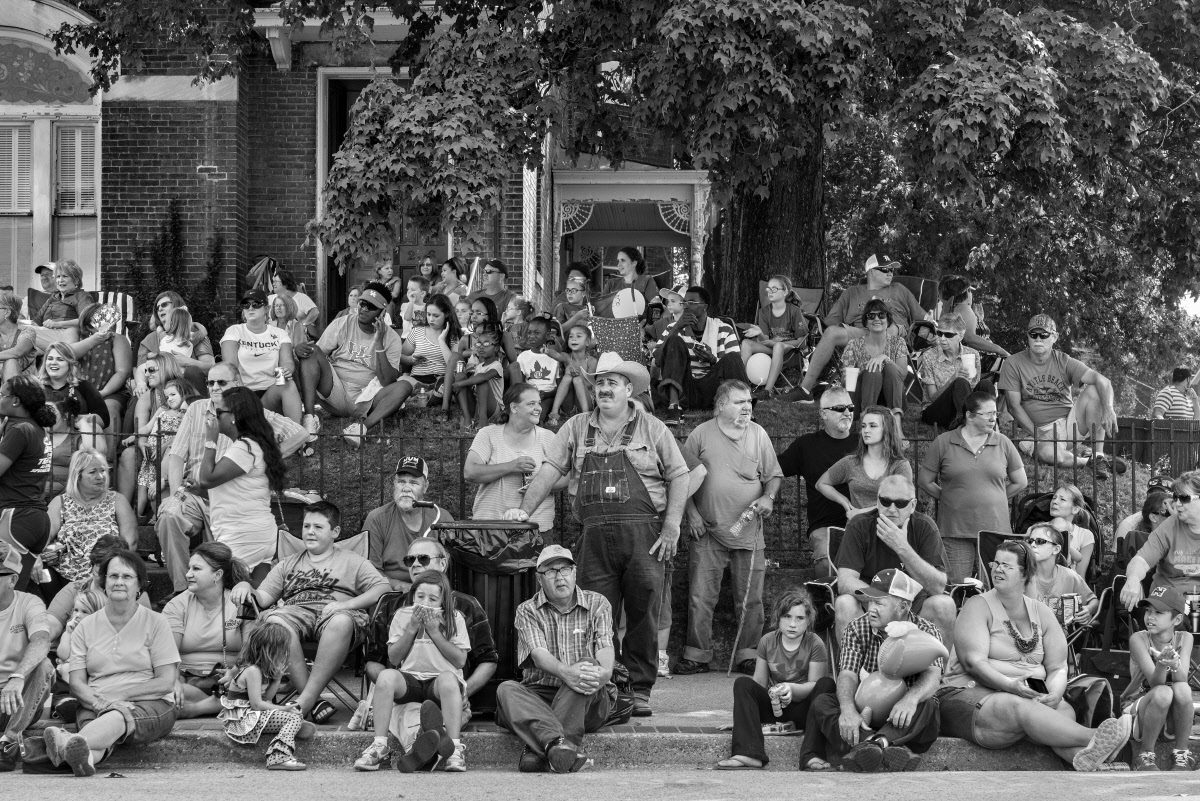 Over the course of five trips to the US, George Georgiou photographed 26 parades while covering 13,000 miles across the country. 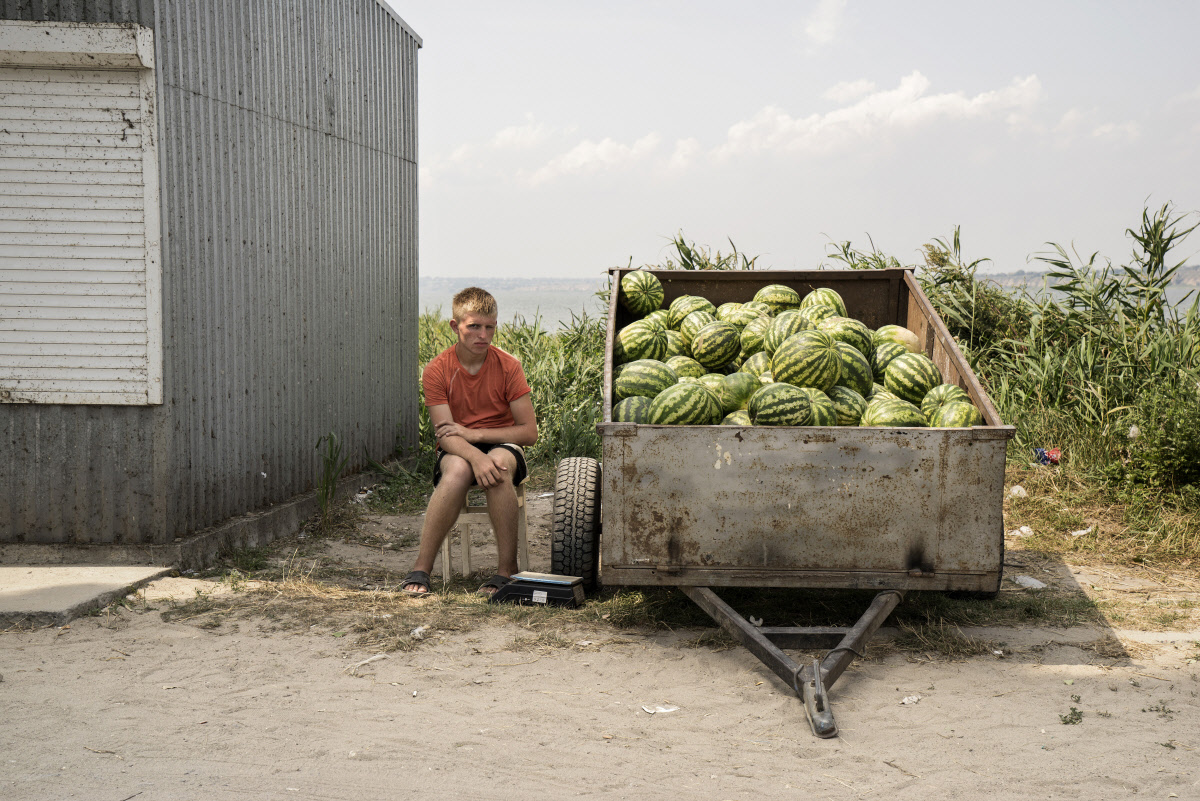 George Georgiou was commissioned to document his route from Odessa, in southeastern Ukraine, where tourism now collides with scenarios and encounters that remind of the conflict that has engulfed the country over the past year and a half. 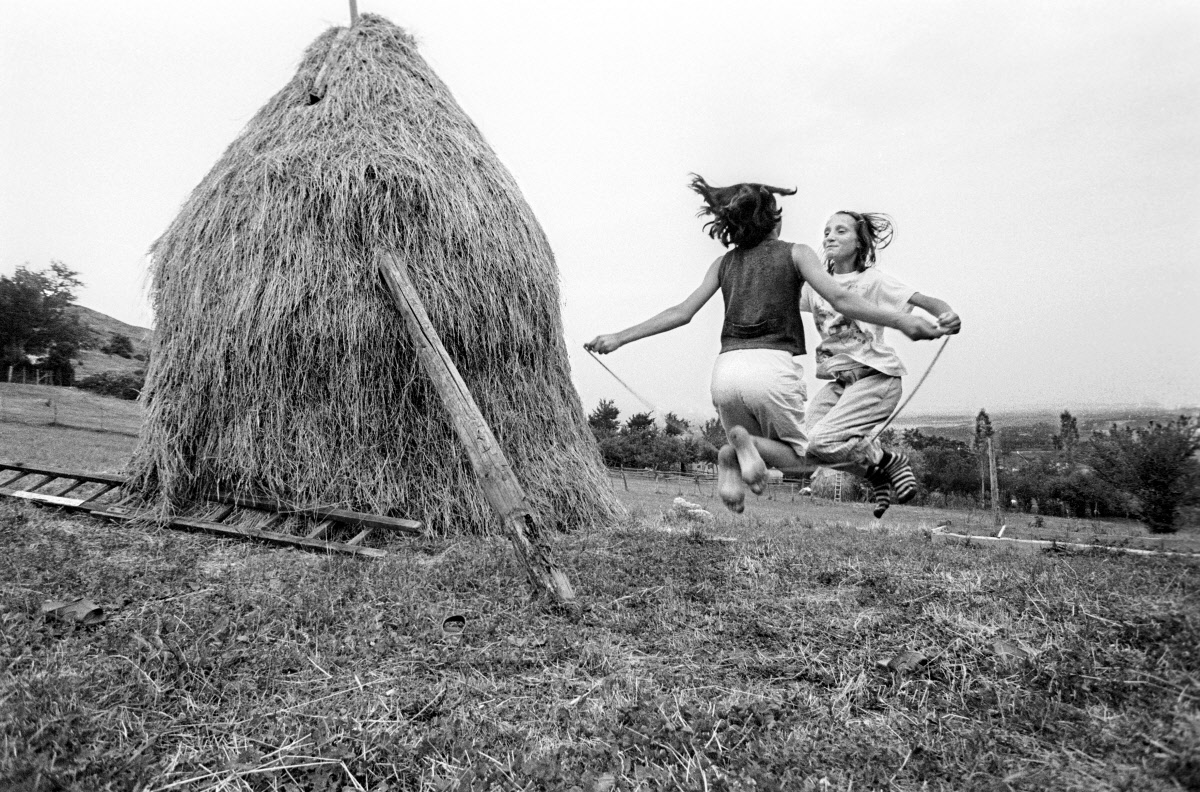 One village in war and peace

One day early in 1999, as Serb forces closed in on the Kosovan village of Studenica, its residents embarked on a mass exodus. 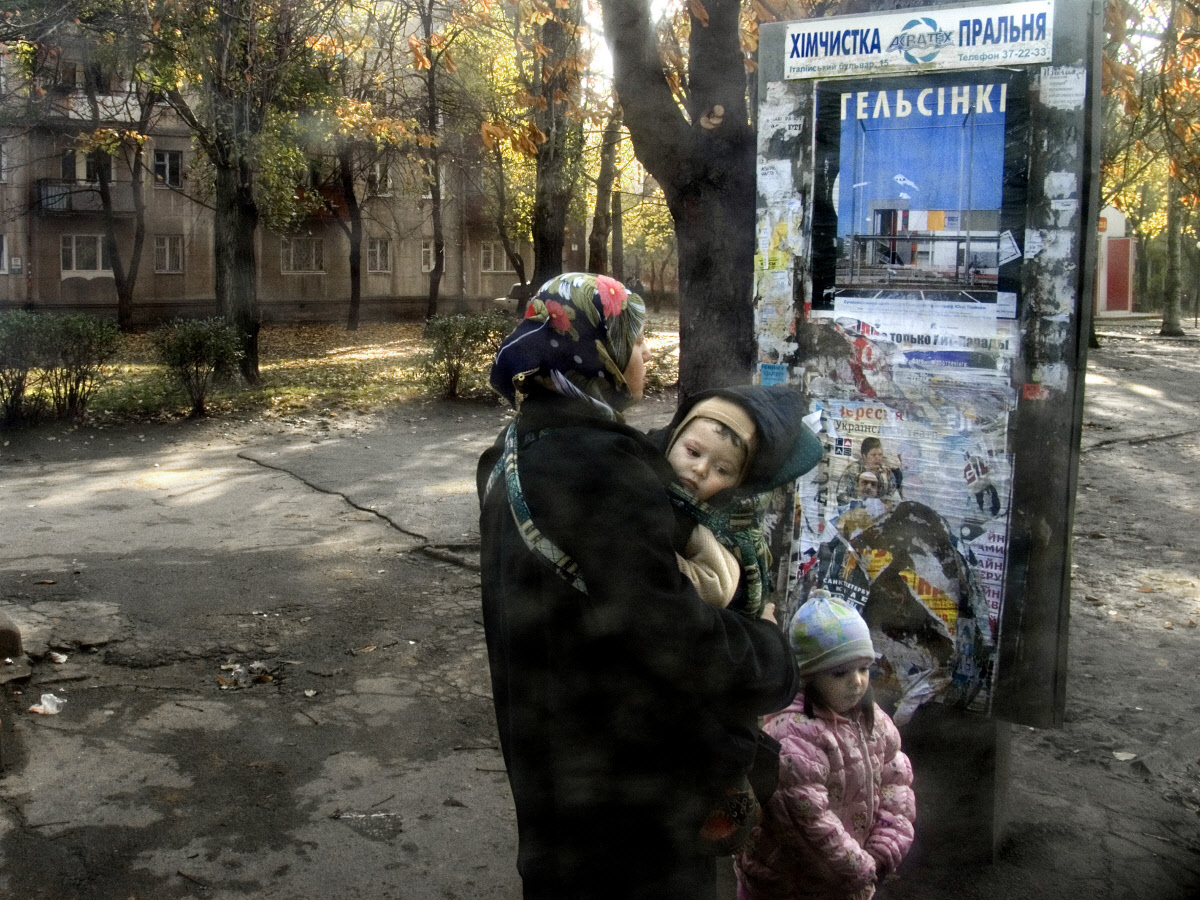 Travelling by bus, trolleybus, tram and train, George Georgiou takes us on a journey around the outer limits of urban Ukraine. 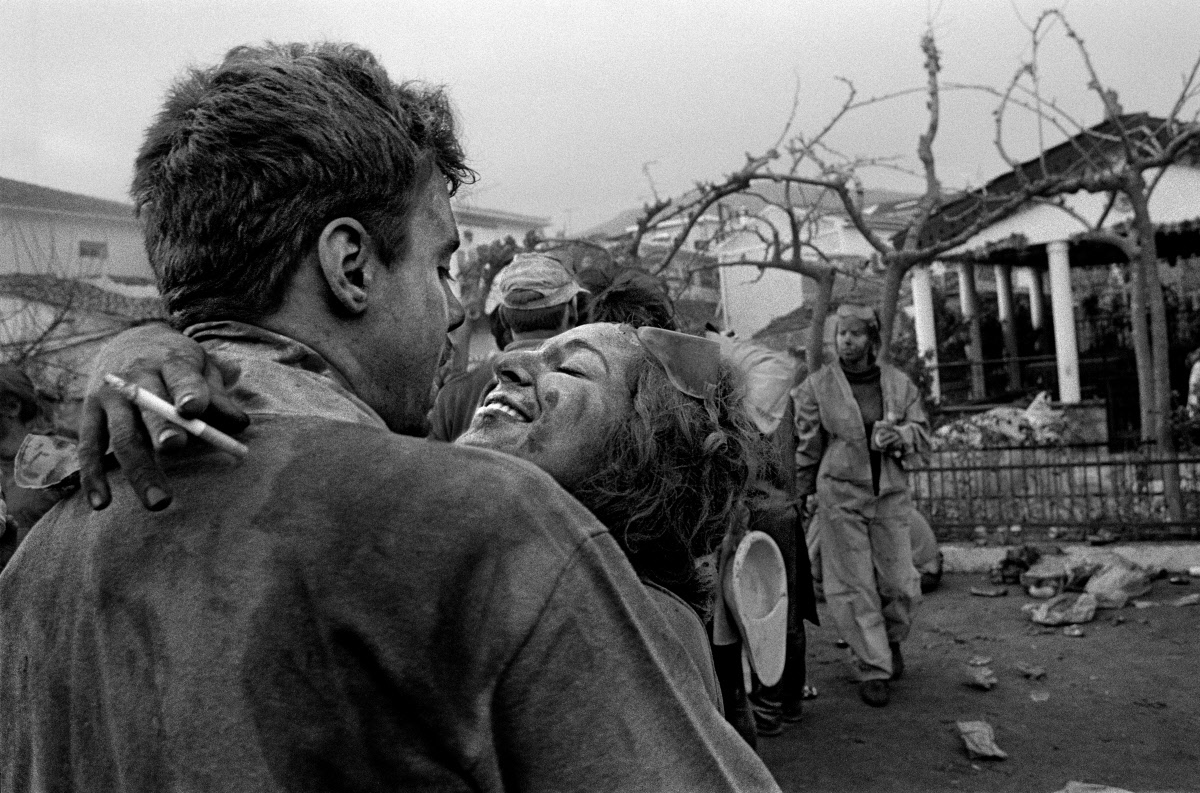 ‘Clean Monday’ marks the end of Carnival and the start of Lent, the 40 day period of abstinence leading up to Easter. 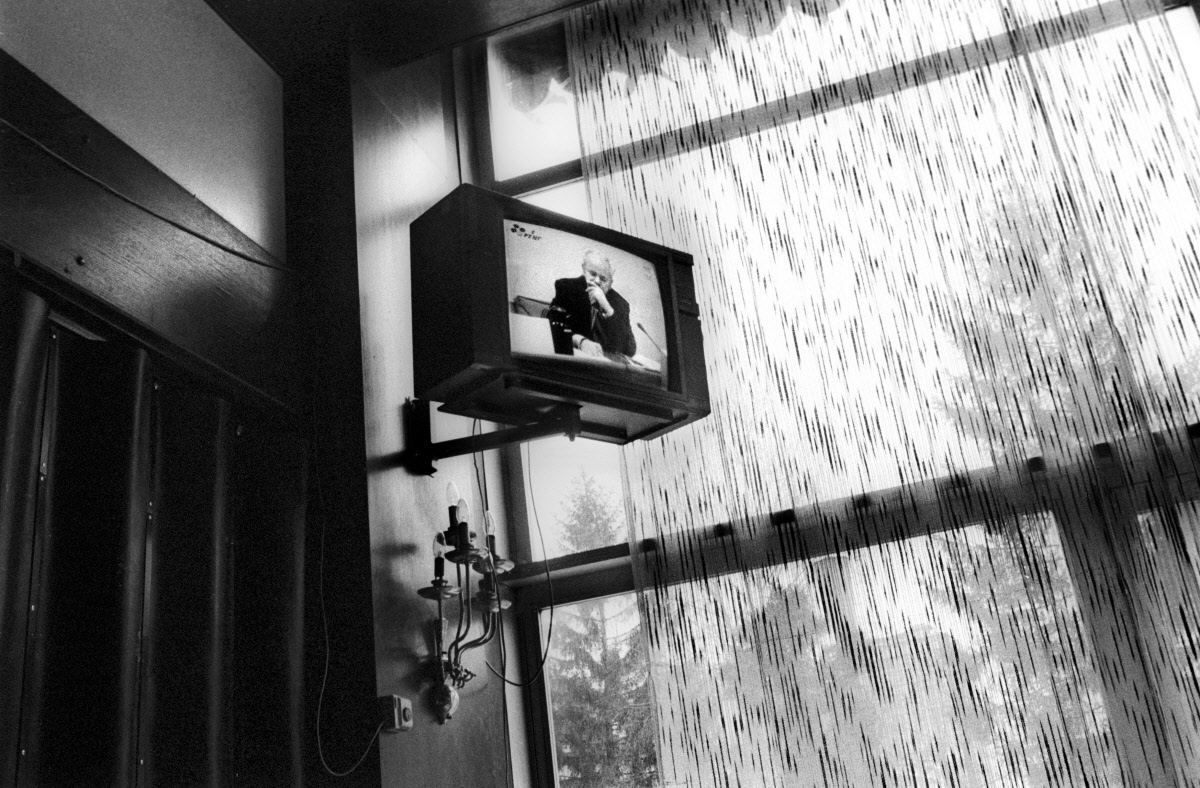 After the fall from power of Slobodan Milosevic, a promise was made to the people of Serbia that their nation could rejoin the international community, ending a long period of isolation. 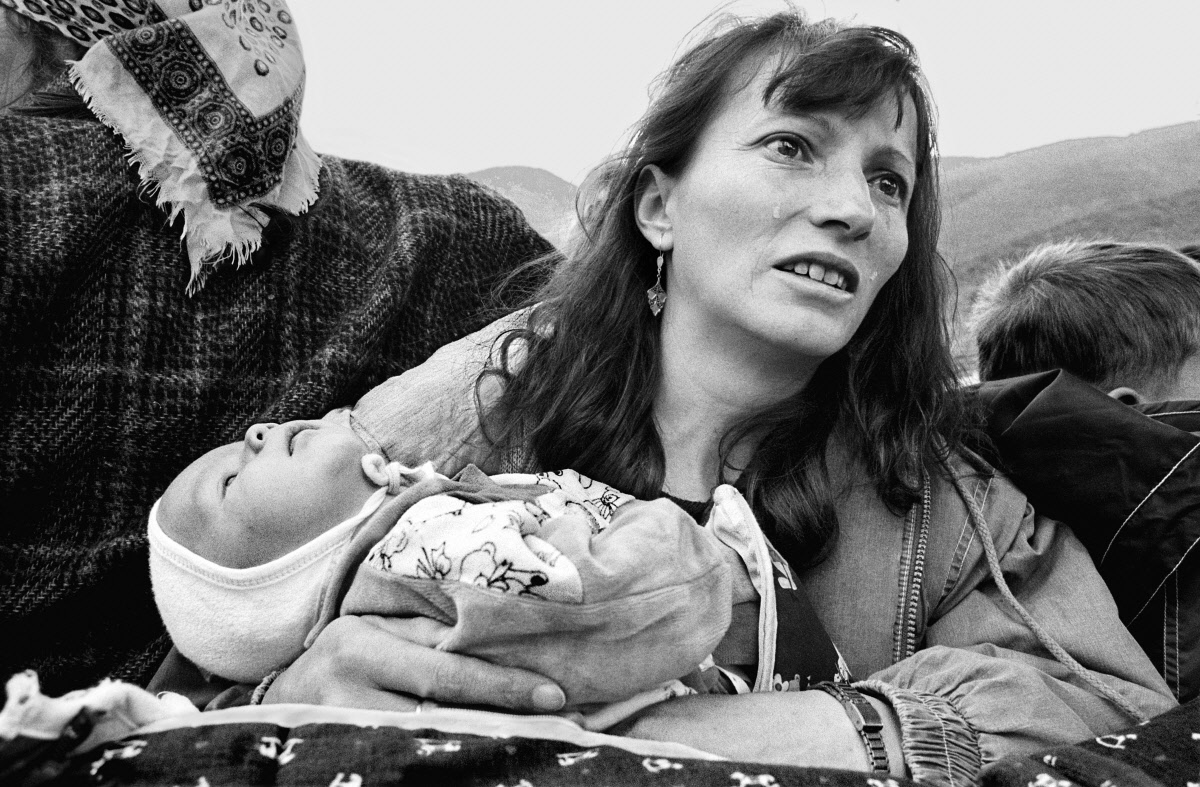 Kukes, in northern Albania, was the first point of refuge for hundreds of thousands of ethnic Albanian refugees fleeing Kosovo in the spring of 1999. 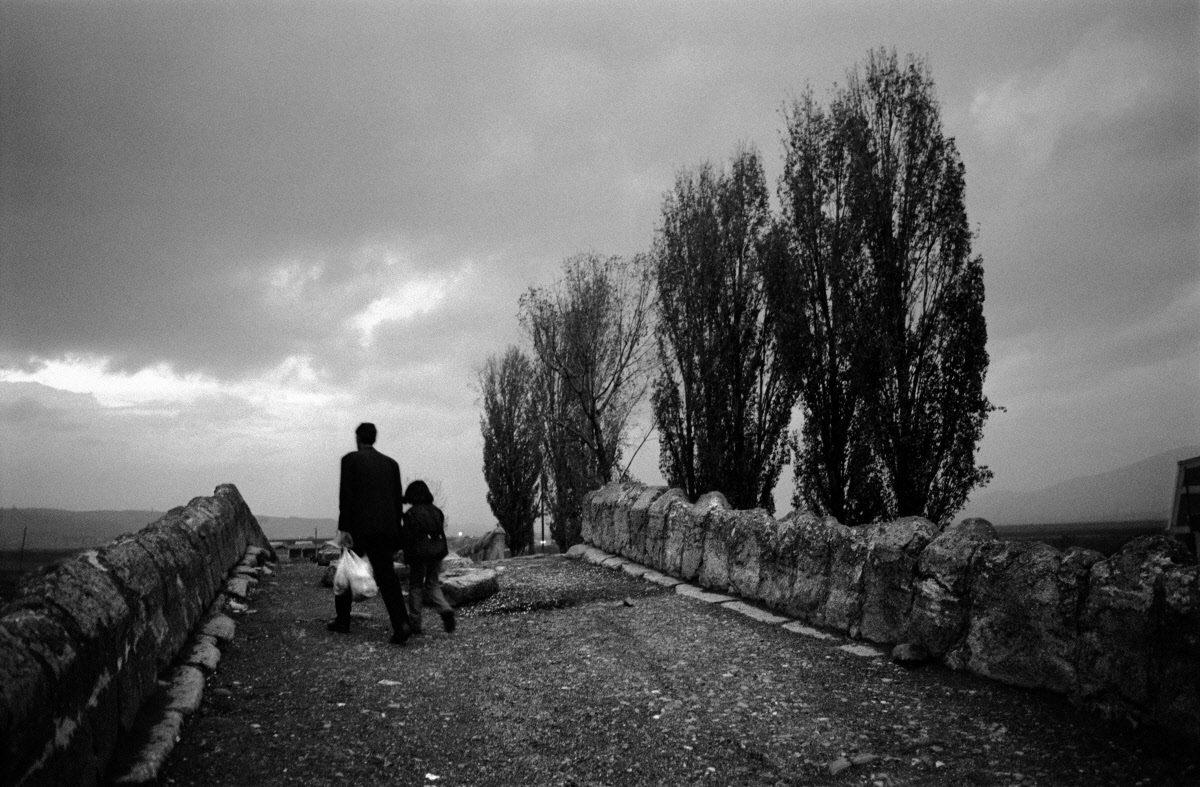 In the wake of the NATO bombing of Serb forces in 1999, ethnic Albanian refugees began to return to Kosovo. 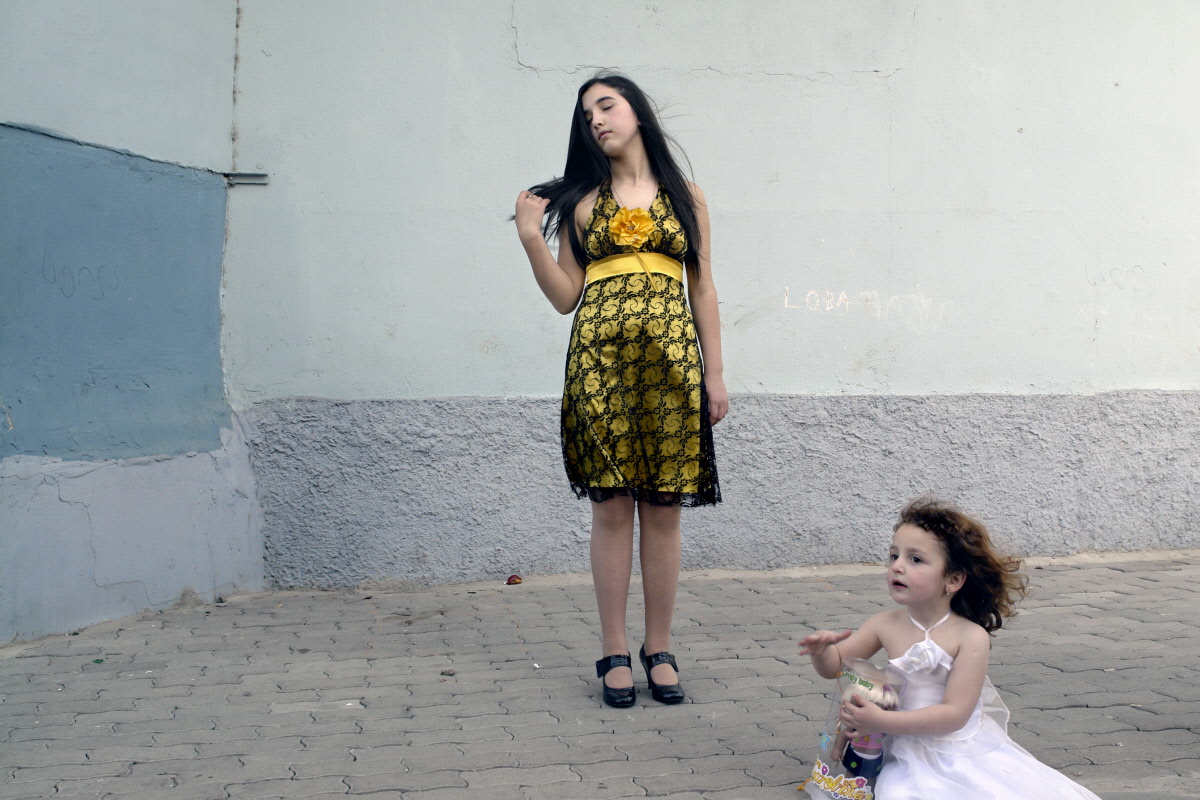 In the Shadowof the Bear – Georgia

In late 2003, Georgia’s ‘Rose revolution’ brought the promise of an open, free and democratic future. 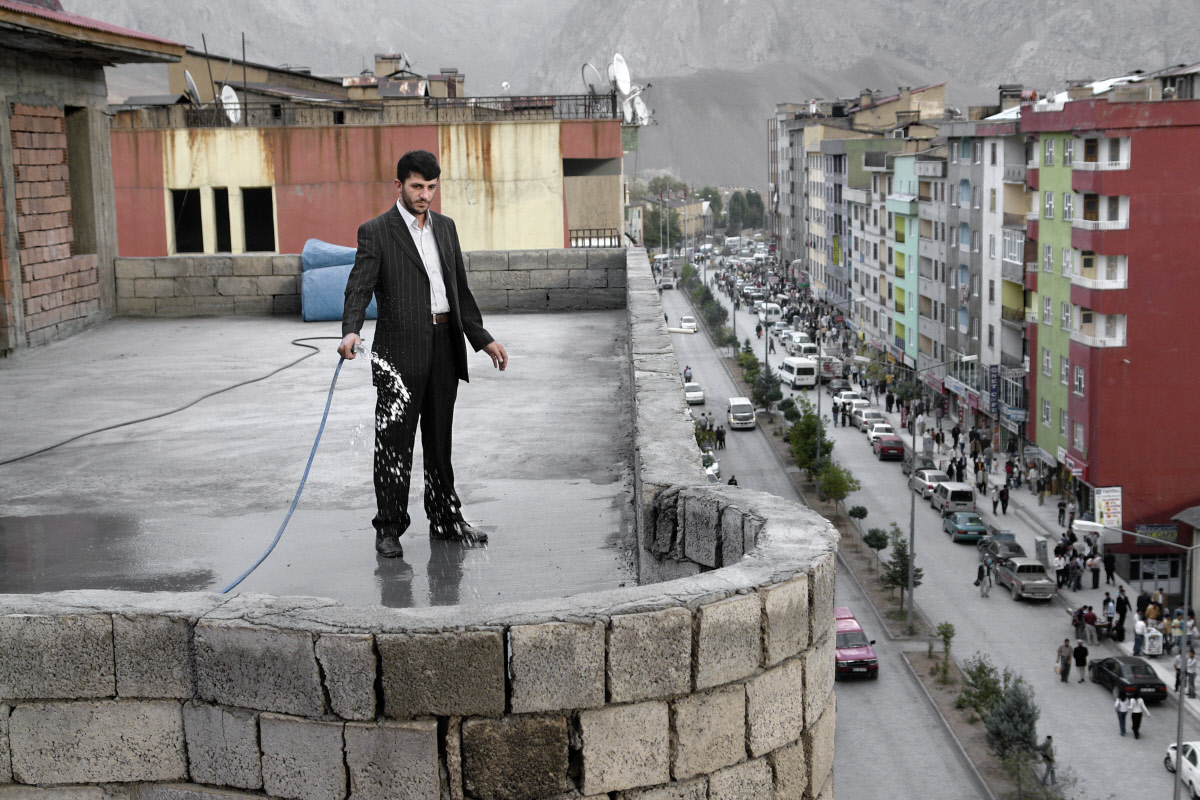 Turkey is a strategically important nation, poised geographically and symbolically between Europe and Asia. 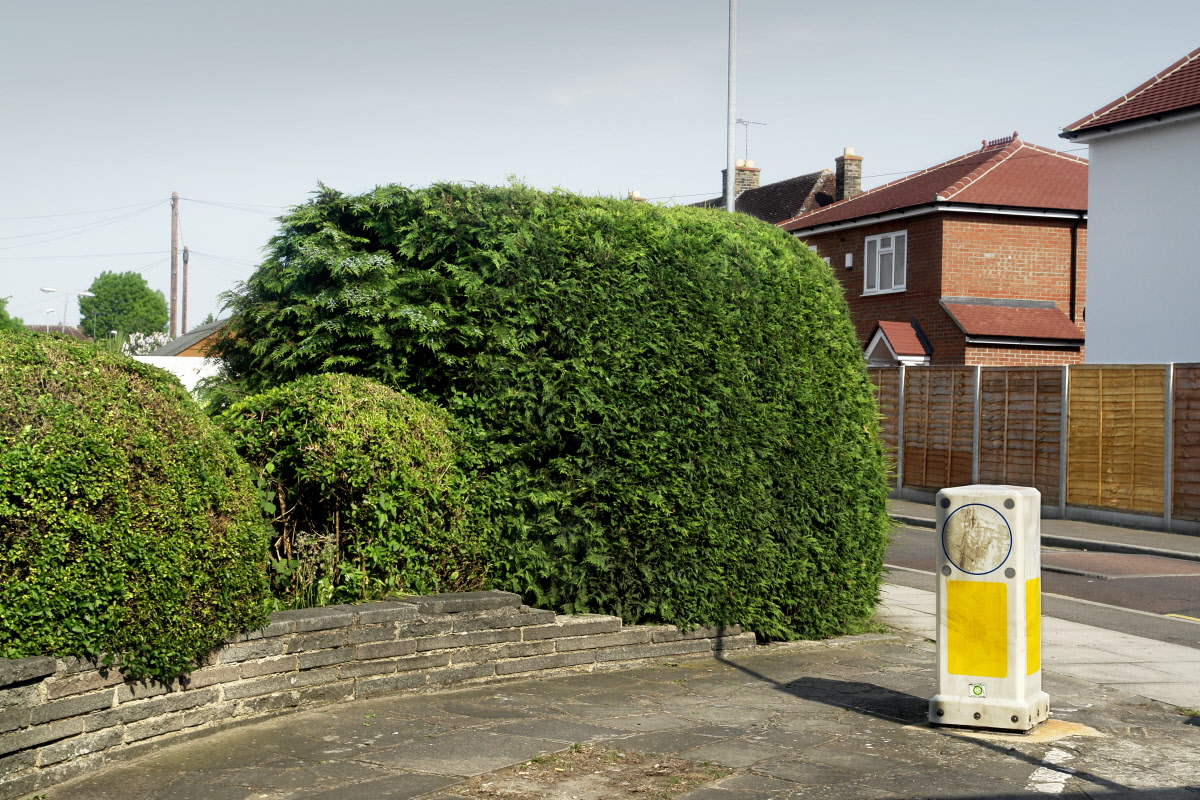 ‘In 2008 I returned to London having spent the last nine years living and working in Eastern Europe and Turkey and was surprised by the speed of change that had taken place. 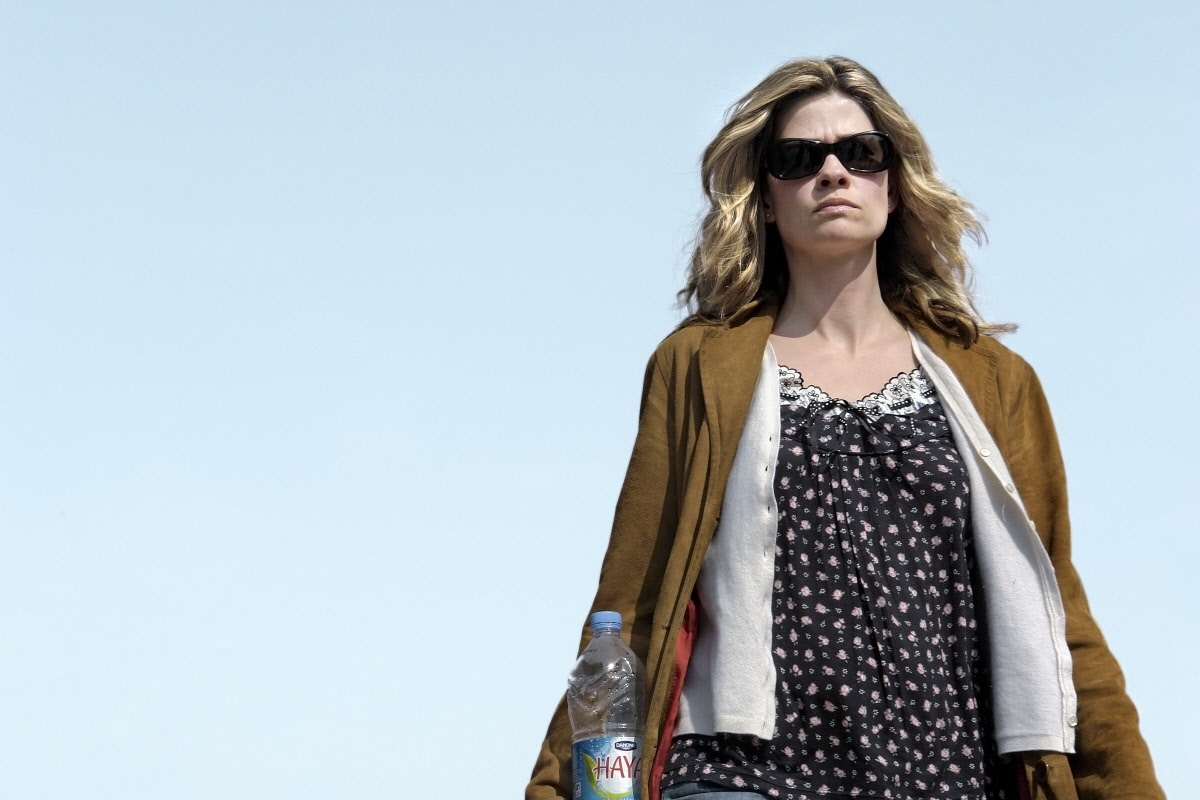 These photographs were taken in the middle of Taksim Square, the heart of modern Istanbul. 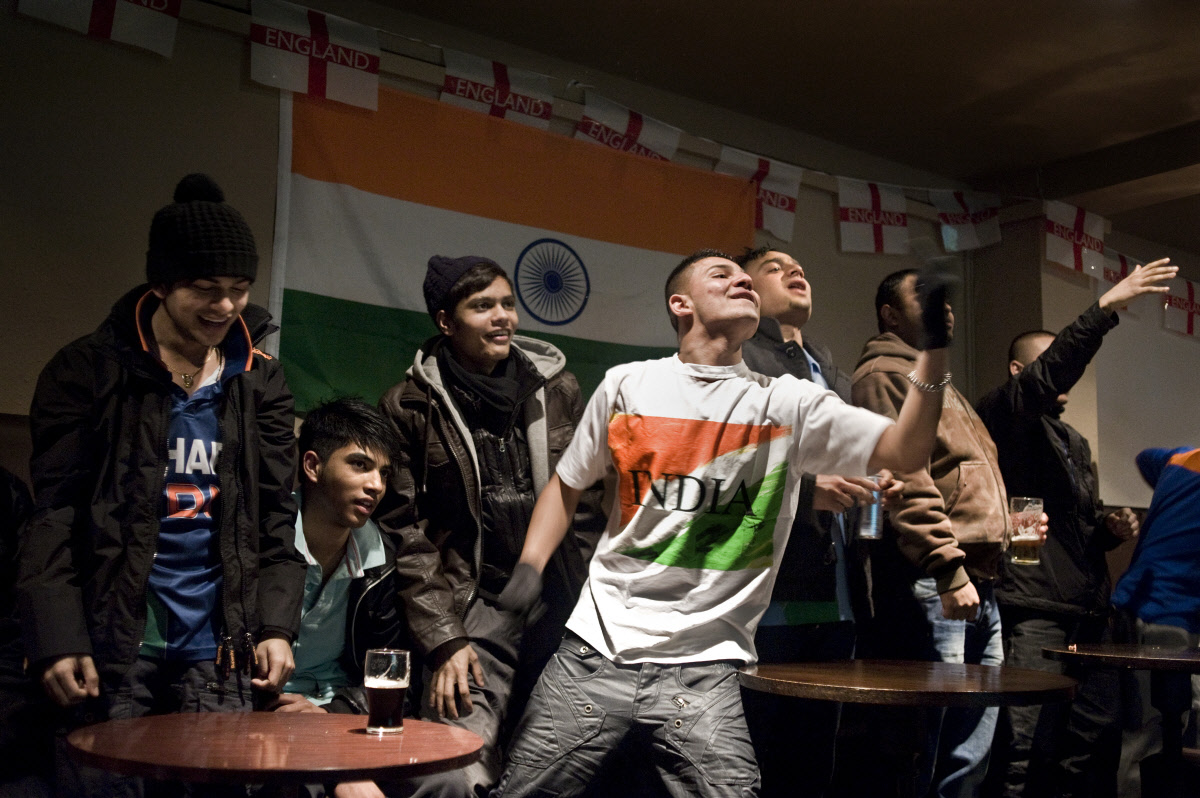 Immigration is a divisive topic in Europe – and Britain is no different.