The US government has ruled that the persecution and oppression of Myanmar’s Rohingya minority by the country’s armed forces is tantamount to genocide. This marks only the seventh time that the US has made this judgement against another country or government since the end of the Cold War, the others being Bosnia, Rwanda, Iraq and Darfur, the Islamic State’s attacks on Yazidis and other minorities and China over its treatment of Uyghurs and other Muslims.

Patrick Brown spent many months documenting the plight of Rohingya fleeing from Myanmar and their appalling living conditions in refugee camps across the border in Bangladesh. He was given a World Press Photo Award for this work in 2018 and his work has been published as a book. 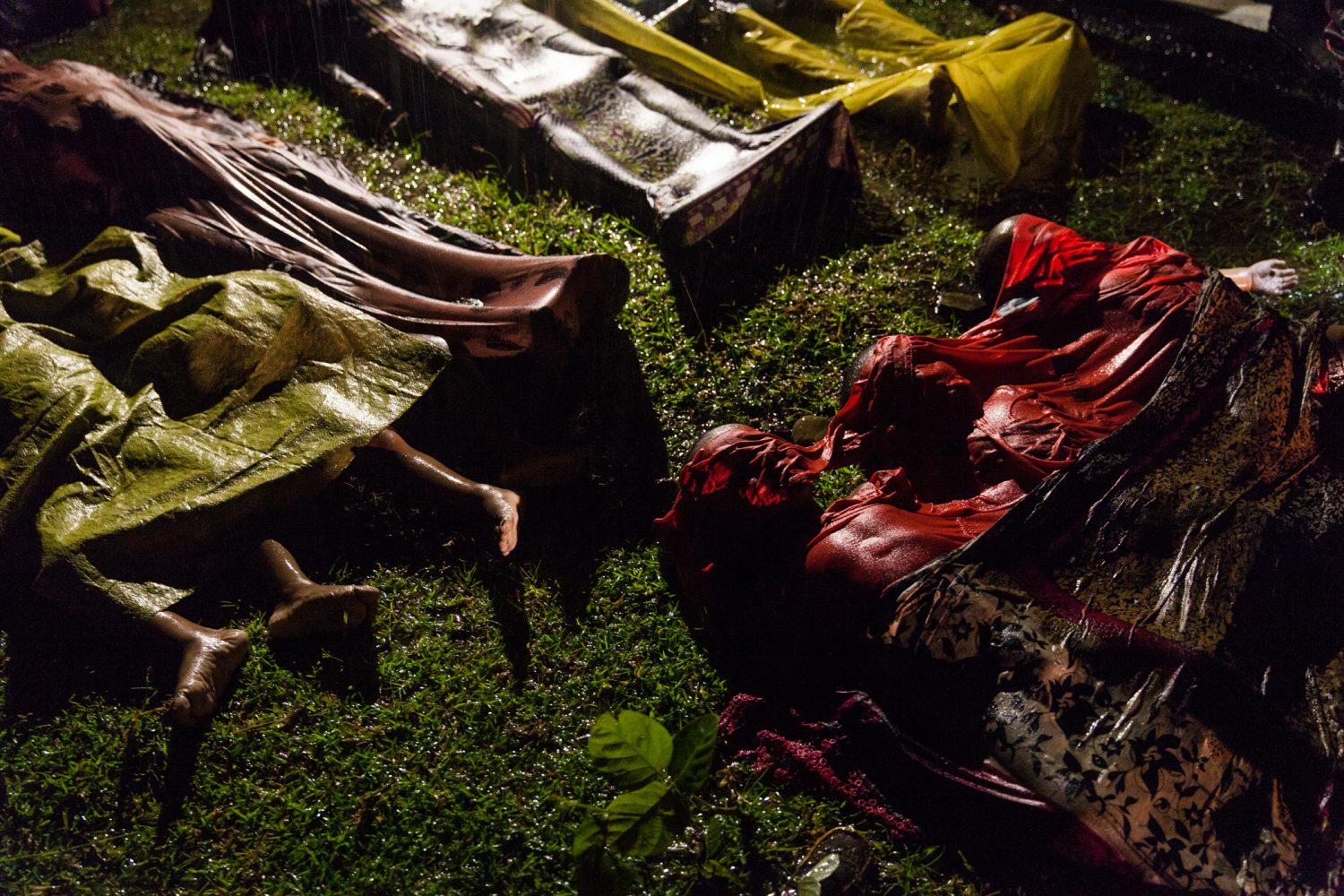 In heavy rain, people gather around the bodies of Rohingya refugees, including several children, laid out on the ground prior to being moved to a morgue. Cox’s Bazar, Bangladesh, 2017. © Patrick Brown/Panos Pictures