Chris de Bode’s reportage “Made by Me”, which portrays garment workers in Myanmar as ‘creators’ and empowered individuals, rather than victims, has won the 1st Prize in the International Documentary series section at this year’s de Zilveren Camera, the national Dutch photo contest.

“I wanted to show them as proud creators, not as victims” Chris says about his portrait series of garment workers in Myanmar.

To re-establish the connection between their work and the final product, Chris bought several garments from large retailers like H&M and WE and took these to Myanmar for each worker to chose from. Wearing ‘their’ creations, they spoke to him about their work.

You can view the full set here. 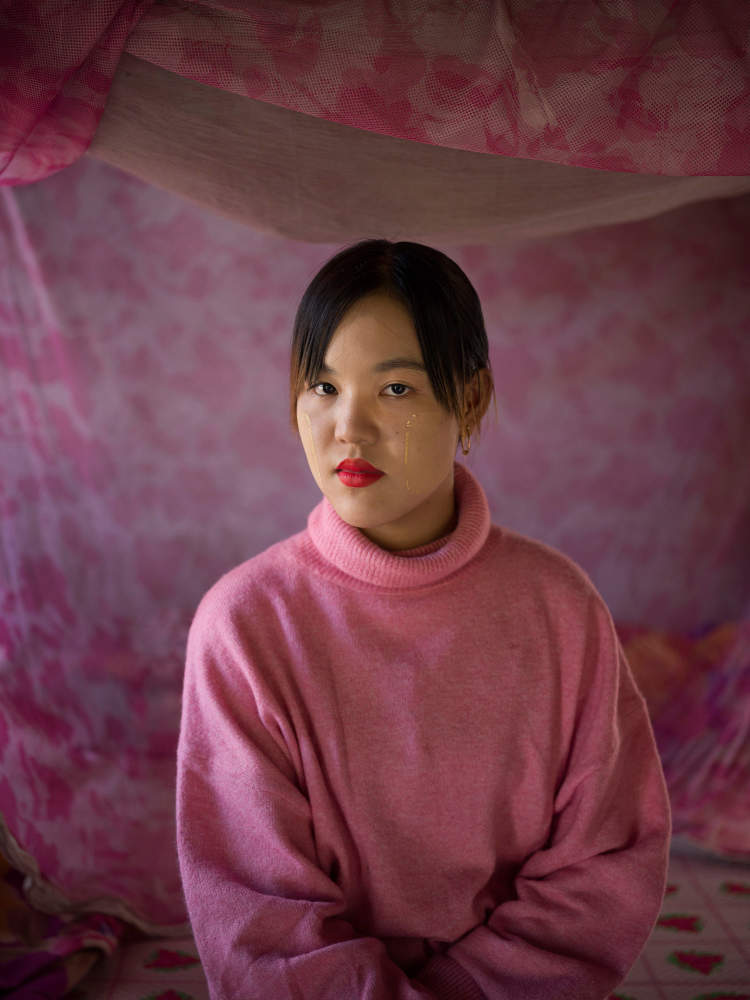 Aye Moeh Moeh Zaw (20), wearing a pink jumper that retails at H&M for GBP 17.50 (Euro 19.99). Aye Moeh Moeh Zaw works in a garment factory that produces clothes for brands including H&M. She works a 10 hour day with just one half hour break for lunch. Aye Moeh Moeh Zaw lives with her husband in the home of her father and mother, along with two sisters and her brother with his wife and four-month-old daughter. She says the couple’s dream is to cross the border into Thailand and get work in Bangkok where minimum wages are considerably higher as some friends of the couple have already done. Yangon, Myanmar, 2020. © Chris de Bode/Panos Pictures